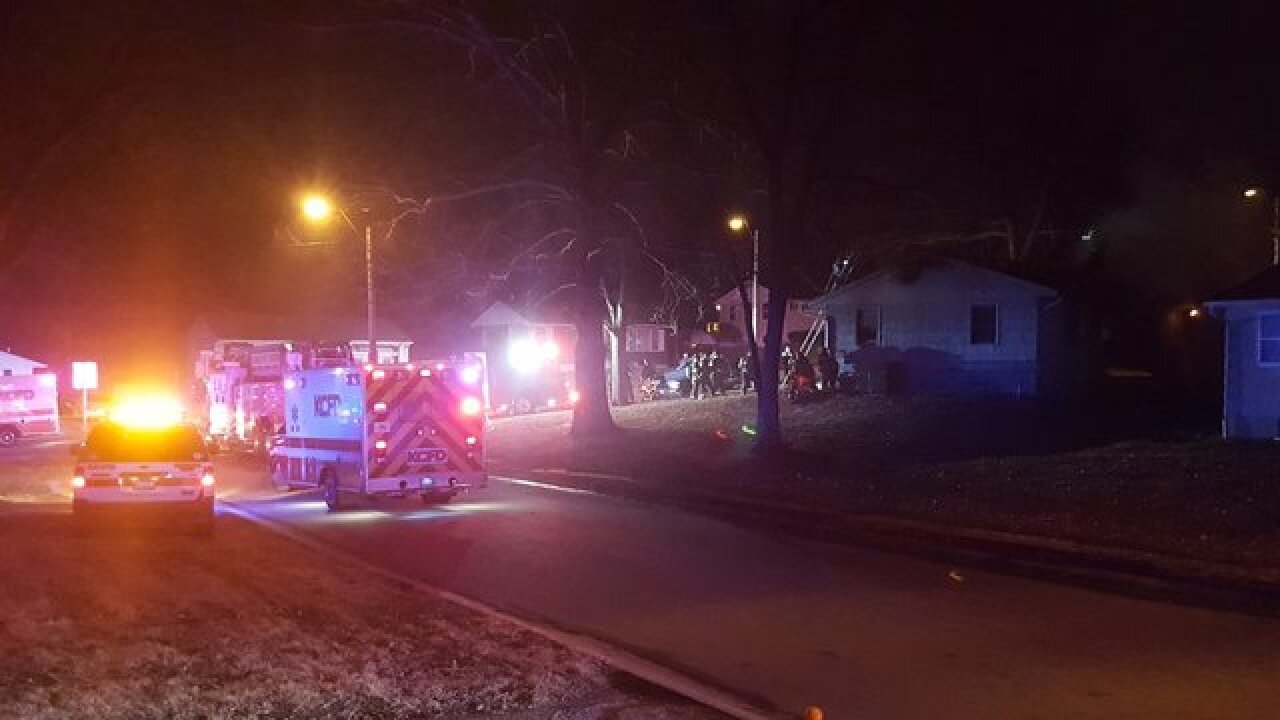 KANSAS CITY, Mo. — Police shot and killed a man who fired at officers outside a burning Kansas City home early Monday morning. Investigators said they later found a woman dead inside the house, after first discovering a woman dead outside, according to KCPD.

A police spokesperson said several people were involved in a shooting in the 7900 block of E. 48th Street around 2 a.m. In an update at 4:45 a.m., police said officers shot and killed an "active shooter" outside the home.

“The suspect came out the house, fired shots at the officers who returned fire, stopping the suspect. The house started smoking. The fire department put out the fire and discovered another body,” explained Captain Lionel Colon with KCPD.

Police said the house fire appeared to have been set intentionally but did not provide details on whether it was related to the shooting.

A woman who identified herself as the aunt of the man police killed told 41 Action News her nephew killed her niece and the mother of his child.

According to family, the suspect, a Kansas City rapper, showed up to the house where his aunt and his cousin were staying.

They asked him to leave but he refused so his aunt called the mother of his child.

When she showed up, family members said the suspect shot and killed her.

Family members told 41 Action News his aunt and 17-year-old cousin tried to escape the gunfire. But the young woman, a senior at Raytown High School, was also killed.

A neighbor who only wanted to be identified by his first name described what the gunman did next.

“Goes inside, closes up the place, turns off the light like he’s not there. At that point I took time to call the police,” Marty said.

Responding officers were prepared for an active shooter.

“There were probably about five of them, and they took cover by my truck and the tree and the guy charged out and they shot him,” Marty said.

By daybreak, more than dozen shell casing littered Marty’s yard and his truck.

At one point, police had tape tied to Sarah Jones’s home. She said she got home late from work Sunday night and was still awake when gunshots erupted. She called police and a few minutes later heard another round of gunfire.

“I got the kids, told them to get to the lowest point of the house. We were trying to get down to the basement just crawling across the floor. It was very scary,” Jones explained.

She said police officers escorted her three children around the crime scene tape to the bus stop Monday morning.
___