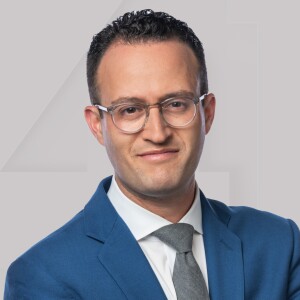 Amateur sports is tackling a new problem on the field, the diamond, the pitch and the court.

The roster of referees, officials and umpires is getting smaller.

It’s impacting the present - and the future - of what youth, club and high school games will look like.

KSHB 41 is taking this topic 360 with the following perspectives:

Bill Hicks has been a referee for decades. Now 74, he says his football crews are getting older, and smaller.

"I’ve had several sub-varsity games this year where normally we would have a four-person crew work those games, and there are only three of us available to work it," he said.

Hicks said varsity football pay in the Kansas City area is roughly $90-100 per game - if you can get a prime assignment.

"There are a lot of part time jobs that don’t pay as well as officiating pays," he said "If you work three hours on a Friday night for a varsity football game, you’re making at least $30 an hour."

KSHB 41 also caught up with John Hatfield on the softball diamond in Weston.

"Nobody’s going to be perfect, but we are out here to help sports, and because we love it," Hatfield said. "That’s why referees are out here."

John Dehan assigns officials for 45 high schools in the Kansas City region - it’s in his blood.

"I’m a second generation sports official," he said. "My dad got me into this when I was in high school in 1983. My mom went to watch one of his games one time, and never went to watch me referee, because she did not want anybody yelling at her son like they yelled at her husband."

Dehan points to abusive behavior from parents and spectators as another reason for the shortage.

"My wife took my three kids to a game one time, got home from the game, and all three of my kids came up to me and gave me a hug and said, 'Daddy, do they yell at you like that at every game?'" Dehan said.

Dehan says in Kansas, there were about 2,300 basketball refs statewide. 500 have left over a four-year period.

That tracks nationally, as an NFHS survey reported more than 50,000 officials have left high school sports over the past five years.

Dana Papaps is the director of officiating for the National Federation of State High School Associations.

She says recruitment, retention, and the right training tools are key right now.

"So much of it is just the interpersonal skills, which are a little more difficult to teach, because that's a wild card," she said. "You can't control what's going to happen in the stands or out of a coaches' mouth."

Papaps also said that refs are being used at all levels of sports, which is impacting the industry.

'If we don't have umpires, we can't play our game'

KSHB 41 also spoke with Bailee Giger, who is the head coach of West Platte Softball.

“If we don’t have umpires, we can’t play our game,” she said.

She says she’s worried about the present, and the future, of officiating.

“As a coach, I’m not perfect,” she said. “I make calls that not every parent’s going to agree with, but I can see how that would be a hard career to get into when you see the behaviors that are spotlighted.”

On the Kansas side, Craig Hanzel is the Atchison head boys soccer coach.

The team recently had to postpone a game, because there weren’t enough officials available.

“This is the first year we had to reschedule a game,” Hanzel said. “Last year, we did run a couple games - one or two - where there was two officials.”

“We weren’t sure we were going to come tonight, there was some talk this morning of maybe delaying this game due to the official,” Hanzel said.

Back in Missouri, Aubree Harsh is a West Platte Softball parent, and has seen fan behaviors firsthand.

“I would say when you sit there, it’s disheartening and awful to see somebody treat a human being that’s just making out calls, strike calls, whatever so our kids can play the game,” she said. “They very much take the fun from it.”

Harsh has played, officiated, and watched in the stands. She’s concerned about what her kids are going to experience when they get older.

“Our shortage is so bad, and it’s like, if it’s bad, do it, well I don’t want to do it, then keep your mouth shut and sit here and watch our kids play, because one day, our kids won’t be able to play,” she said.

Nationally, initiatives and campaigns are in place to teach officiating.

Local schools are offering classes, but everyone KSHB 41 spoke to said teaching sportsmanship, to players, coaches and parents doesn’t begin at the high school level - it’s at the youth and club level too.