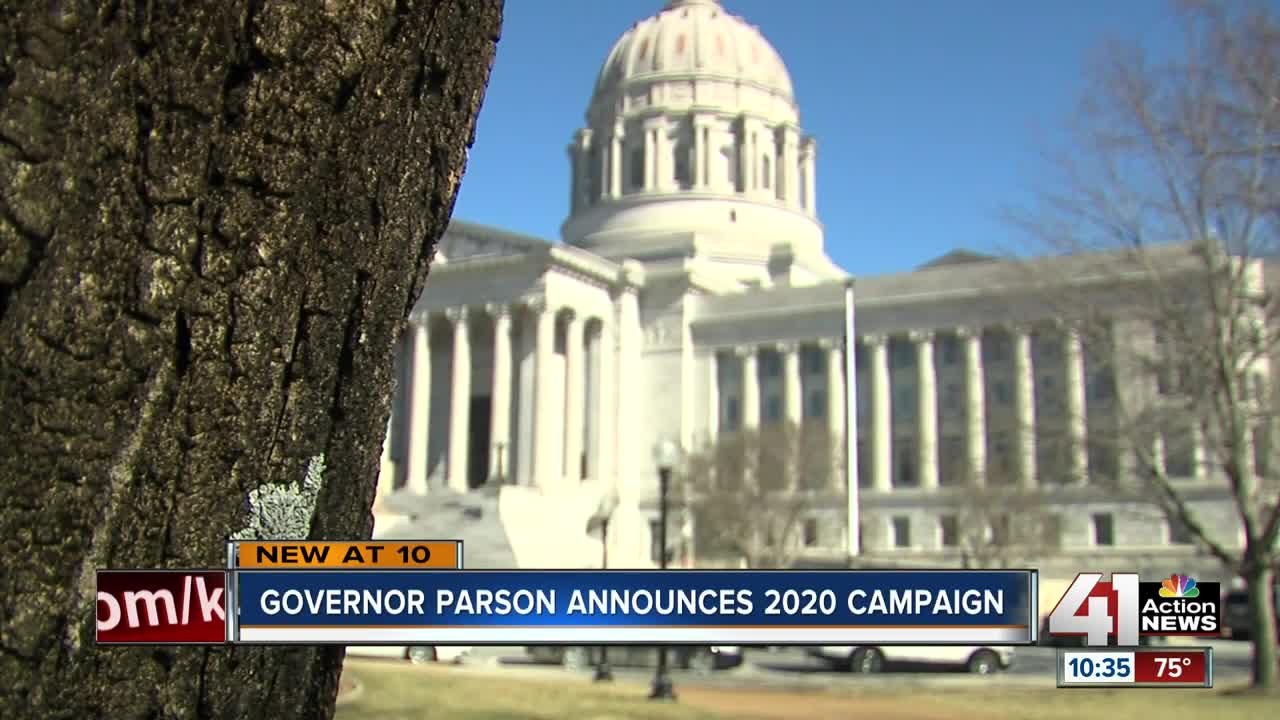 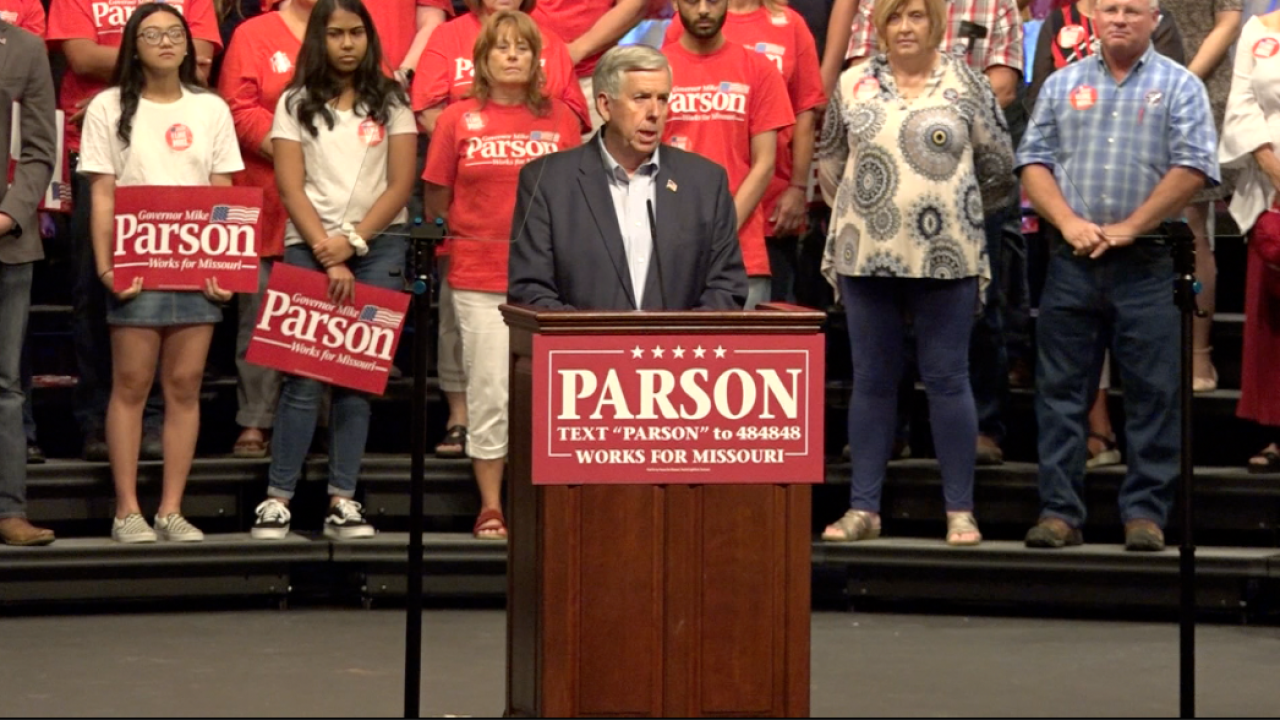 BOLIVAR, Mo. — Missouri Governor Mike Parson kicked off his 2020 campaign for governor in his hometown of Bolivar, Missouri, Sunday afternoon.

Parson took office in June 2018 after the resignation, amid scandal, of Governor Eric Greitens.

In his campaign announcement, Parson pointed to his successes since then, like a $1 billion infrastructure plan and 35,000 new jobs created in Missouri.

Under the slogan "Parson Works for Missouri," the governor is campaigning on continued job creation and workforce development.

"We can do all of this with a servant's heart, with the American values on which we were all raised: love of country, love of family, Christian faith, common sense and conservative principles," Parson told the crowd.

"Everyone, everyone should have a right to life," he said Sunday.

Parson's likely opponent across the aisle described the controversial abortion bill as "outrageous" in her announcement video.

Democratic Missouri State Auditor Nicole Galloway is campaigning on her role as a watchdog for taxpayers who face rising healthcare costs and struggle to find good jobs.

That same theme of Jefferson City failing regular people appears in another opponent's campaign. Dr. Jim Neely, a Republican state representative from Cameron, is challenging Parson with a focus on state healthcare reform.

Neely expressed concern over the management of private enterprise involvement in Medicaid in Missouri.

"It is our government's role to assist the state's vulnerable people, and we need to help them and empower the people who go to work every day," Neely said.

Governor Mike Parson will visit Kansas City on Monday as part of a statewide campaign tour. A rally at Clarkson Construction at 9:30 a.m. will highlight workforce development and infrastructure initiatives.