Enormous collection of sheet music to be distributed locally 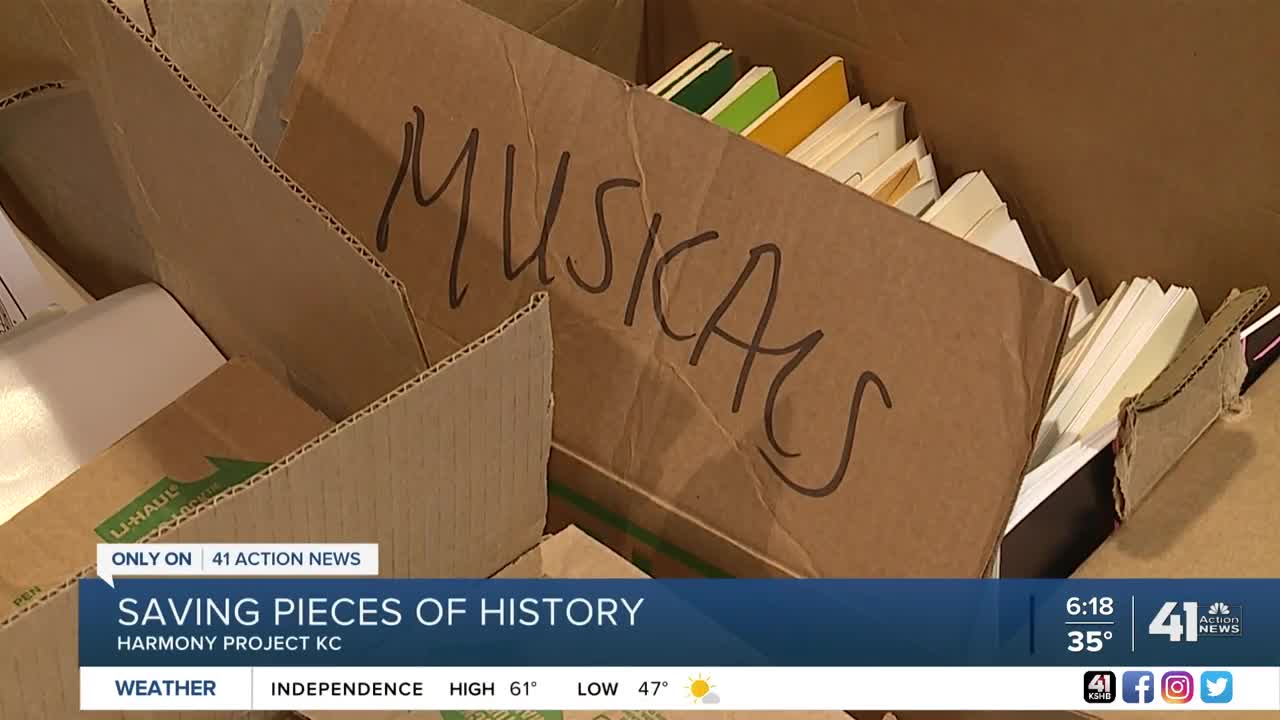 KANSAS CITY, Mo. — Luyben's Music Shop was a Kansas City institution for decades - after downsizing to a new location after 68 years at its Main Street location, its inventory is finding new homes.

“It’s like dumpster diving or bargain hunting, you don’t know what you’ll find going through one of these boxes,” said Kyle Pitts-Zevin of Harmony Project KC, referring to boxes that belonged to Luyben’s, a Kansas City presence that continues to operate in its 72nd year in the community.

“They found tons of sheet music that was still there in the building,” Pitts-Zevin said.

Harmony Project KC, an organization that gives local youth musical access opportunities, is helping to organize and distribute that large inventory of material.

"There is tens of thousands of dollars worth of music here that can do an incredible amount of good," said Michael Gordon, a board member at the Northeast Community Center, which houses the Harmony Project.

"As a musician, it’s like being in a candy store," Gordon said.

Pitts-Zevin echoed that sentiment, saying it's a historic candy store, at that.

"Some of this stuff, I think Luyben’s probably had 70 years ago when it was on the shelf, honestly," she said.

That goes for the instruments that Harmony Project is preserving, too.

"Some can’t be used anymore, but they are really treasures in their own right," Pitts-Zevin said.

Michael Gordon is the Kansas City Symphony’s principal flute player. He is spearheading the project because he knows firsthand what the music world is confronting.

"Frozen in time right now. We’re just at a standstill because we can’t play concerts. If we’re teaching in many cases, myself included, we’re teaching online," Gordon said.

The project has purpose - to share the universal language of music, printed on the thousands of pages.

Luyben's continues to maintain an online presence after the move from Main Street, which you can visit here.

If you are part of, or know a group that's interested in that vast collection of sheet music that Harmony Project is organizing, you can email info@harmonyprojectkc.org. You can also view their website.

Editor's note: This story has been updated with details about the history of Luyben's Music in Kansas City, and its current business operations since its relocation from its Main Street offices.