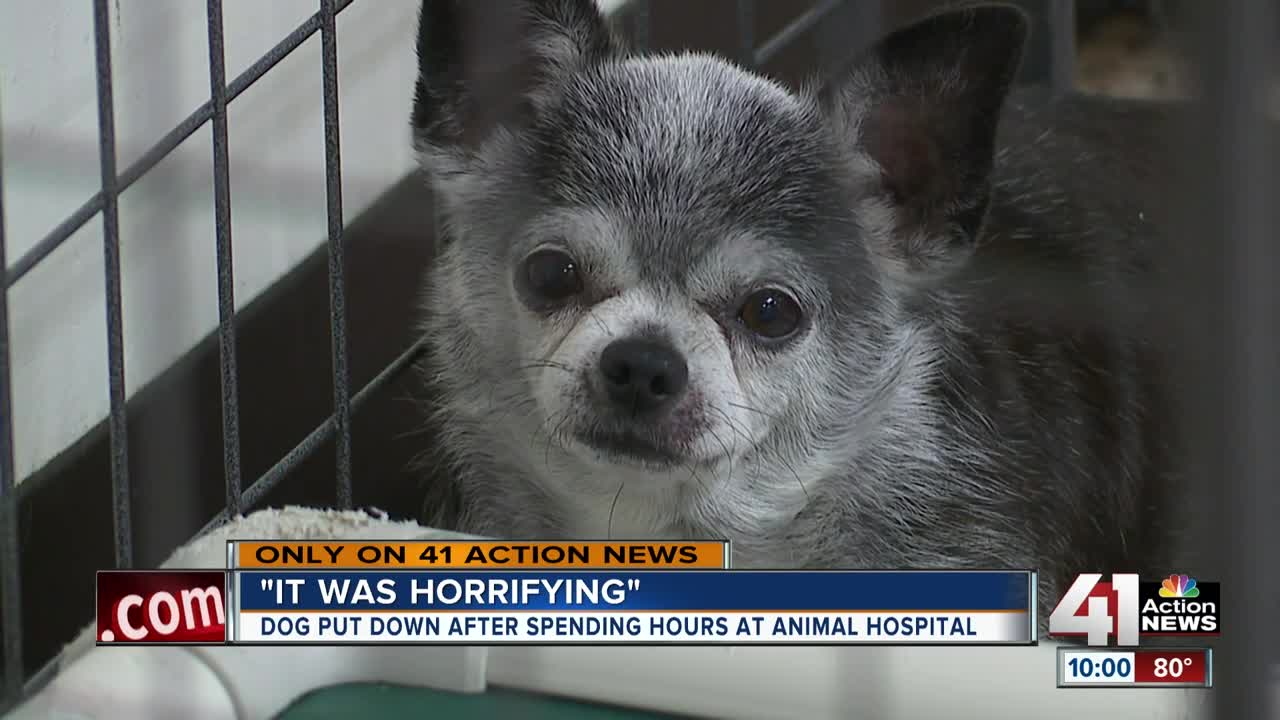 Midwest Animal ResQ, which is contracted by Raytown to adopt out the city's stray animals, is concerned about a dog's treatment at another city contractor. 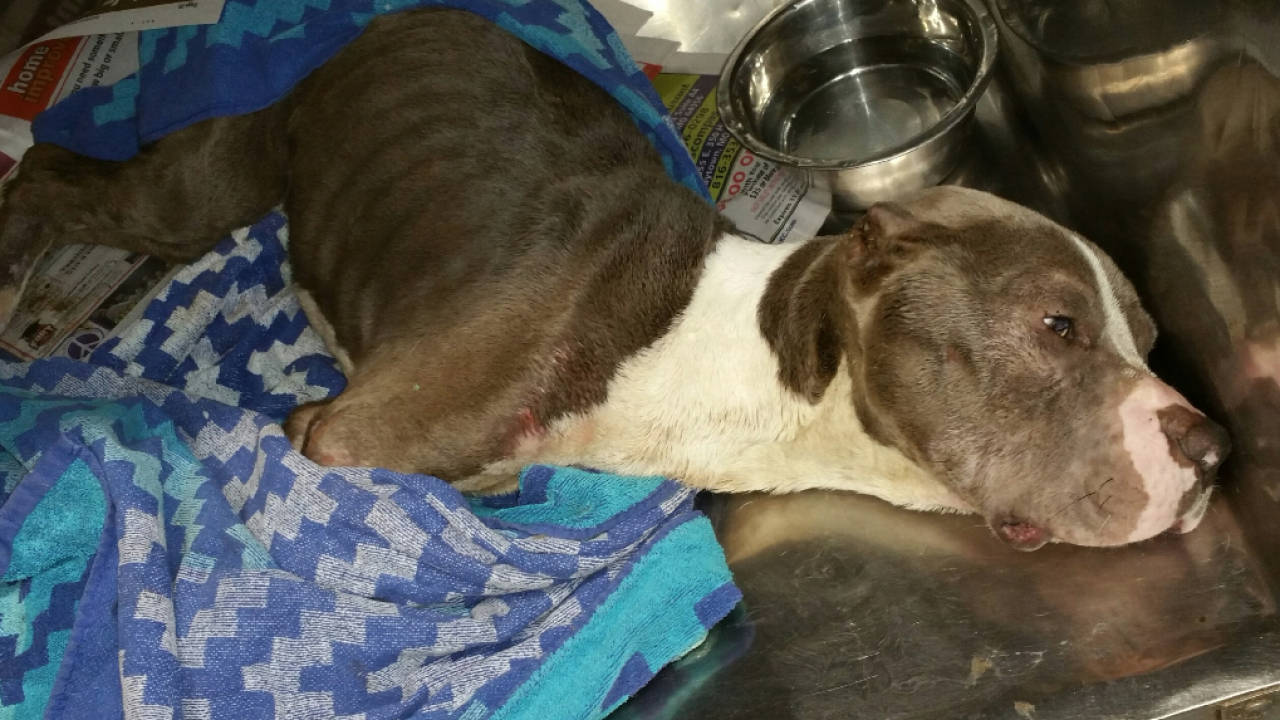 The group has a contract with the city to handle the adoption aspect of animal control, but its staff members are sounding the alarm about another city contractor.

"We have a huge heart for these animals, so to see them suffer needlessly is just devastating for all of us," ResQ Founder and Director Erin Morse said.

That's when a ResQ employee went across the street to Raytown Animal Hospital, a city contractor that impounds strays until they can be released for fostering and adoption.

"She was like, 'There's this dog in the back and he's dying, and I feel so bad and there's nothing I can do,'" Stewart said.

She followed the vet tech into the back, where she took pictures of an emaciated male pit bull.

Staff at a local emergency clinic later determined the dog was 40 pounds underweight.

"It was horrifying," Stewart said. "He was cold and wet, covered in feces and urine."

She also observed live maggots in the pads of the dog's paws and parasites visible elsewhere.

The dog did not lift his head as she examined him.

Eventually, "Butch," as they named him, was released to Midwest Animal ResQ, which rushed him to the BluePearl Pet Hospital in Lee's Summit.

Staff there note that Butch's heart rate, which should have hovered in the 100s, was only 20 beats per minute. His temperature was so low that it wouldn't register on a thermometer.

"He had no fight left," Stewart said.

Veterinarians also determined that Butch suffered from sepsis and shock. The decision was made that he had to be put down.

Butch was released to ResQ at 5 p.m. on Monday, but the city confirmed to 41 Action News the dog spent 15 hours at Raytown Animal Hospital.

"No dog should have to sit there and suffer in that condition," Morse said.

KSHB 41 Action News obtained a copy of the contract between the city and Raytown Animal Hospital, which was entered into in 2015.

Raytown City Administrator Damon Hodges confirmed the services to be provided include medical treatment for impounded animals. Invoices show the hospital billed the city $80,000 from November 2017 to November 2018.

The city administrator declined an on-camera interview but did provide information and a statement.

Morse does not think food and water were sufficient in Butch's case.

"That would not be adequate care I don't think in any lay person's mind, let alone in a veterinary care professional's mind," she said.

Through Hodges, 41 Action News requested an on-camera interview with the vet in charge at Raytown Animal Hospital. Messages also were left at both of the vet's office locations, but he never responded.

Midwest Animal ResQ said Butch's case is one example of an ongoing problem it has tried to solve, to no avail, through closed-door meetings with the city. They've told animal control and Raytown Animal Hospital that they are willing to intervene in cases so more animals don't slip through the cracks.

"The fact that a simple phone call can't be made to try to alleviate the suffering is just really, really frustrating, and I couldn't be silent on it anymore," Morse said.