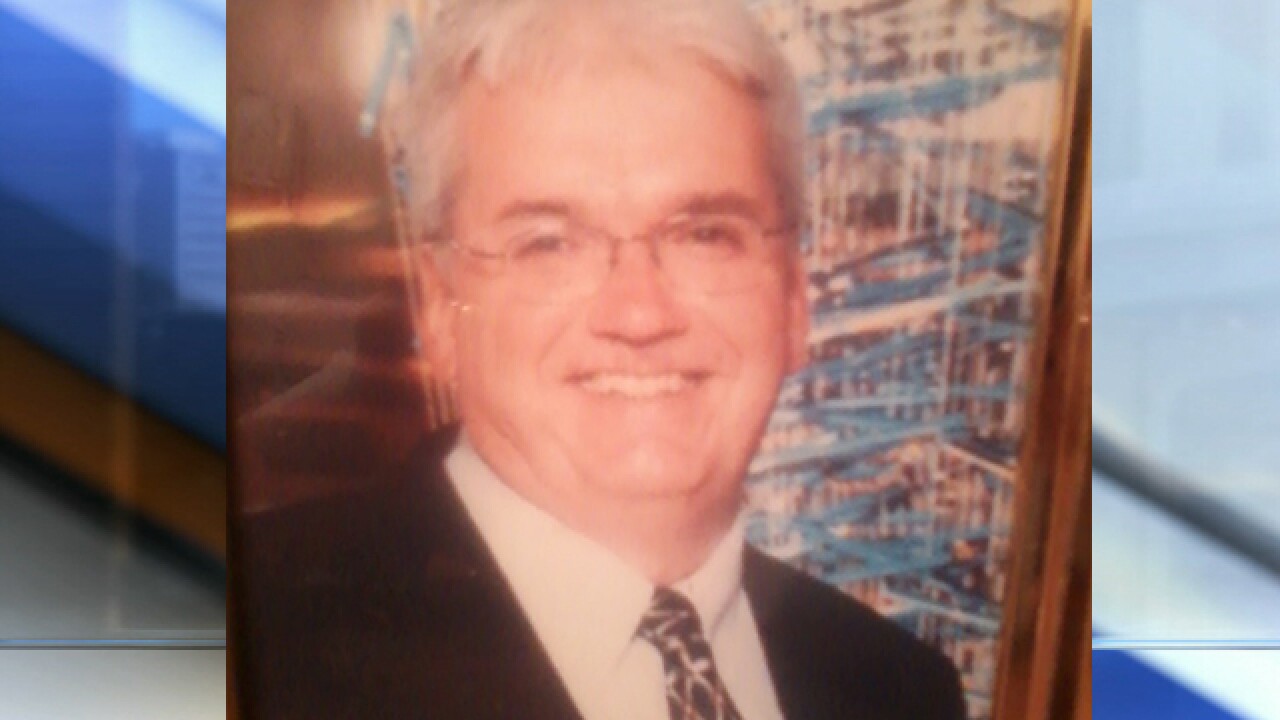 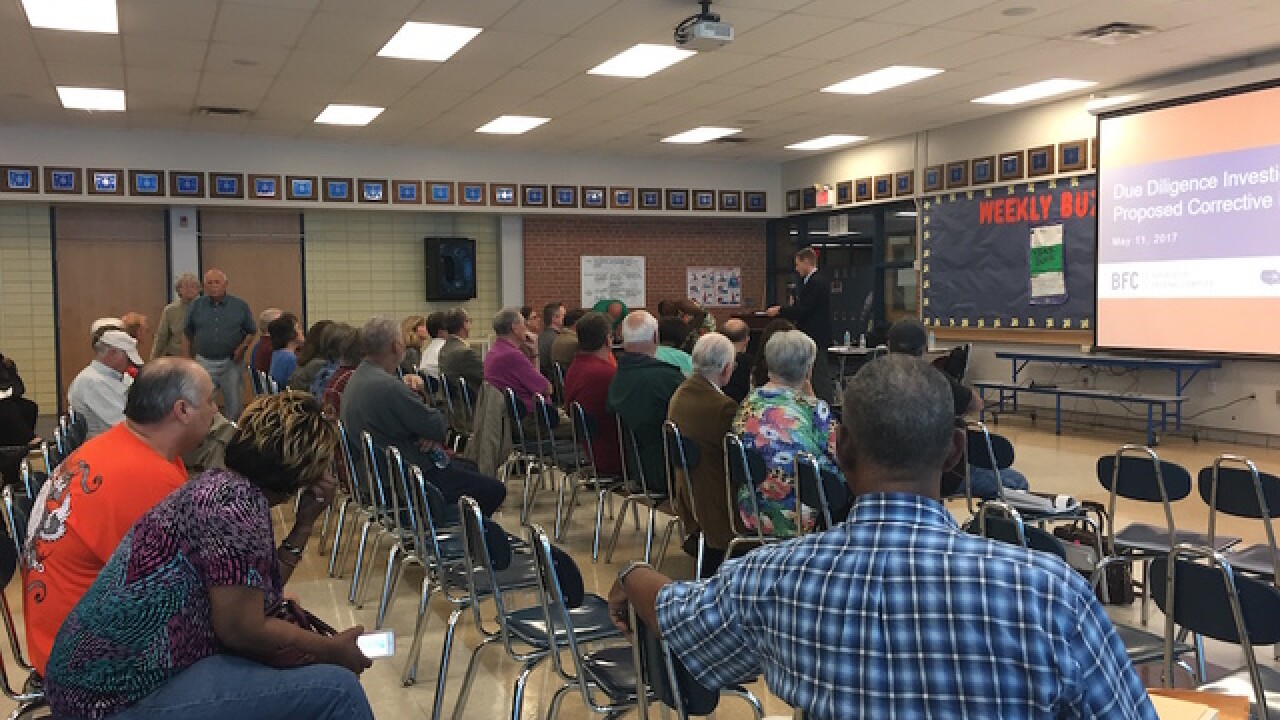 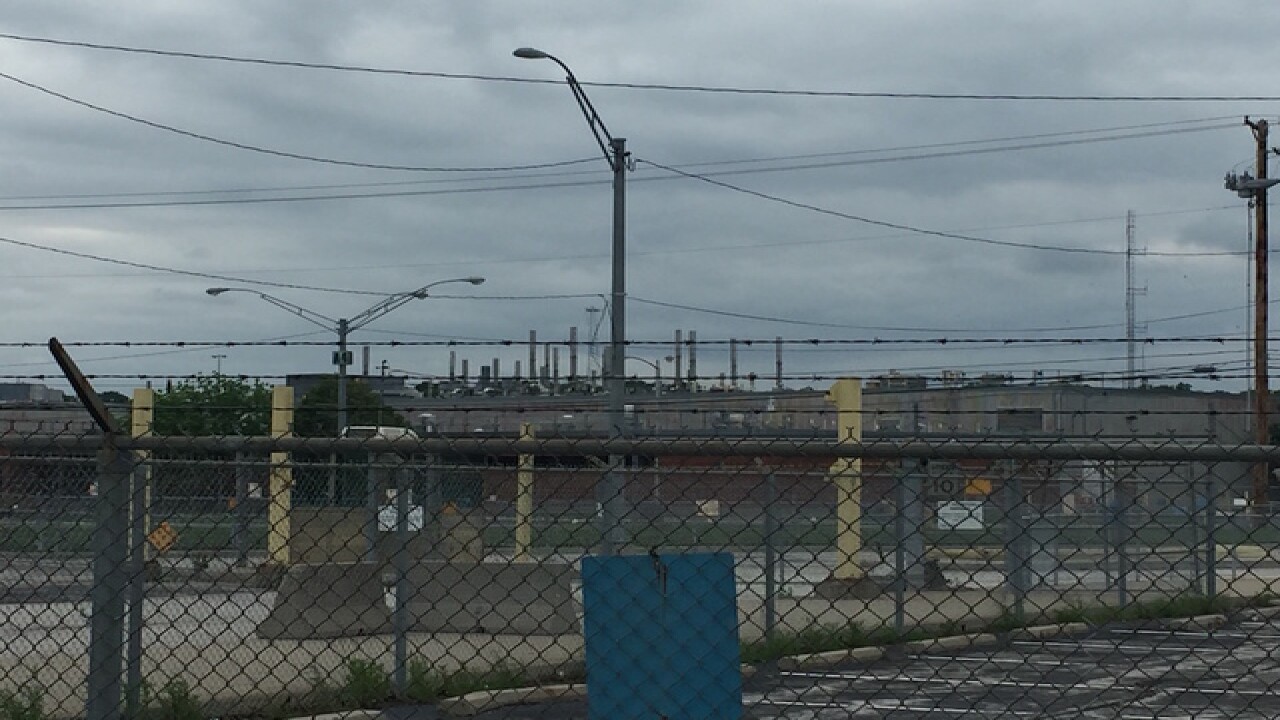 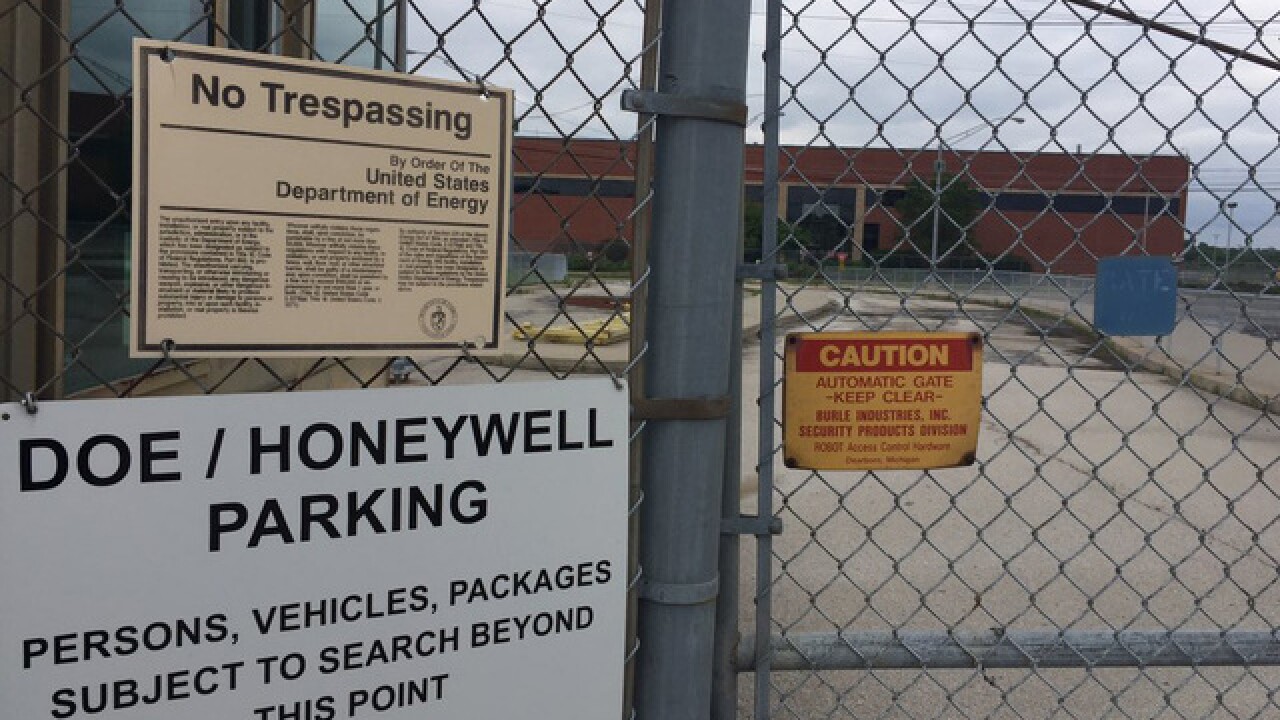 Future plans for the Bannister Federal Complex were discussed during a community meeting on Thursday as groups of former co-workers continue to press planners on health and evidence concerns.

The meeting was held at Center High School and was the second of three scheduled meetings the planners expect to hold.

On Thursday, planners discussed their investigation into nuclear contamination at the Bannister Federal Complex and cleanup efforts.

Presenters showed slides detailing how thousands of samples of soil and groundwater have detected contamination at the site.

Plans call for a four year cleanup to remove the toxins before the land is redeveloped for industrial warehouse distribution space.

Planners said the total project could generate more than 1,300 jobs.

However, stories of the people in the crowd who listened to Thursday’s presentation continue to drive controversy behind the plans.

Debbie Penniston, whose husband passed away in 2008, attended the meeting and said she has been frustrated with the development plans.

“I lost a good man, a man who loved this company,” she explained. “Bob worked at Honeywell as an engineer for almost 30 years. He died of an inoperable brain tumor."

Penniston belives the tumor that developed inside of Bob’s body came as a result of exposure to toxins and chemicals during his time at Bannister Federal Complex.

Hundreds of workers at the site have reported illnesses that likely came from their time on the job.

Other reports have shown that the workers were exposed to more than 2,400 toxins at the site.

Honeywell Federal Manufacturing and Technologies served as a private contractor at the site on Troost Ave. & Bannister Road that was partly owned by the General Services Administration (GSA).

Employees used to make parts for nuclear missiles at the complex.

After Centerpoint Properties took ownership of the site, plans have continued to take shape on redeveloping the land.

Planners have discussed demolishing several buildings at the complex, only to be met by criticism by workers and their family members impacted by the contamination.

“I don't trust that these people who are going to work here and clean it up won't be affected,” explained Penniston.

At Thursday’s meeting, others brought up possible issues with medical compensation claims.
While millions of dollars have been awarded to sick employees, other cases remain to be decided.

Maurice Copeland, who has served as a vocal leader for impacted employees, said demolishing the buildings could lead to evidence being lost.

“Once they tear down that building, it tears down the evidence,” he explained. “That building right now is crumbling every day."

With the demolishing and development happening near neighborhoods, other people impacted by the contamination spoke of possible health risks to the community.

“You get on that roof and there was dust flying everywhere,” he told 41 Action News. “If it (beryllium) is in your blood or lungs, it's in your whole body. It's affecting parts of your whole body."

At the conclusion of Thursday’s presentation, a geologist who led some of the investigation at the site spoke of the work that went into the findings.
Geologist Harvey Cohen said despite community concerns, he stood by the investigation.

“We've spent three years on a very thorough investigation and we collected over 2,300 soil samples,” he explained.

Regarding the health concerns from residents, Cohen brought up some of the technology that will be used to keep things safe.

“I know there are plans in place to suppress dust inside the building and clean the building before it gets demolished,” he explained.

Demolition at the Bannister Federal Complex could begin as soon as later this year.

Next Wednesday, planners will hold another meeting and public hearing to further update the community on plans for developing the site.

Debbie Penniston said she planned to keep thoughts of her husband close by as she continues to call for change on the project.

“I will keep his memory alive and continue watching this,” she said.