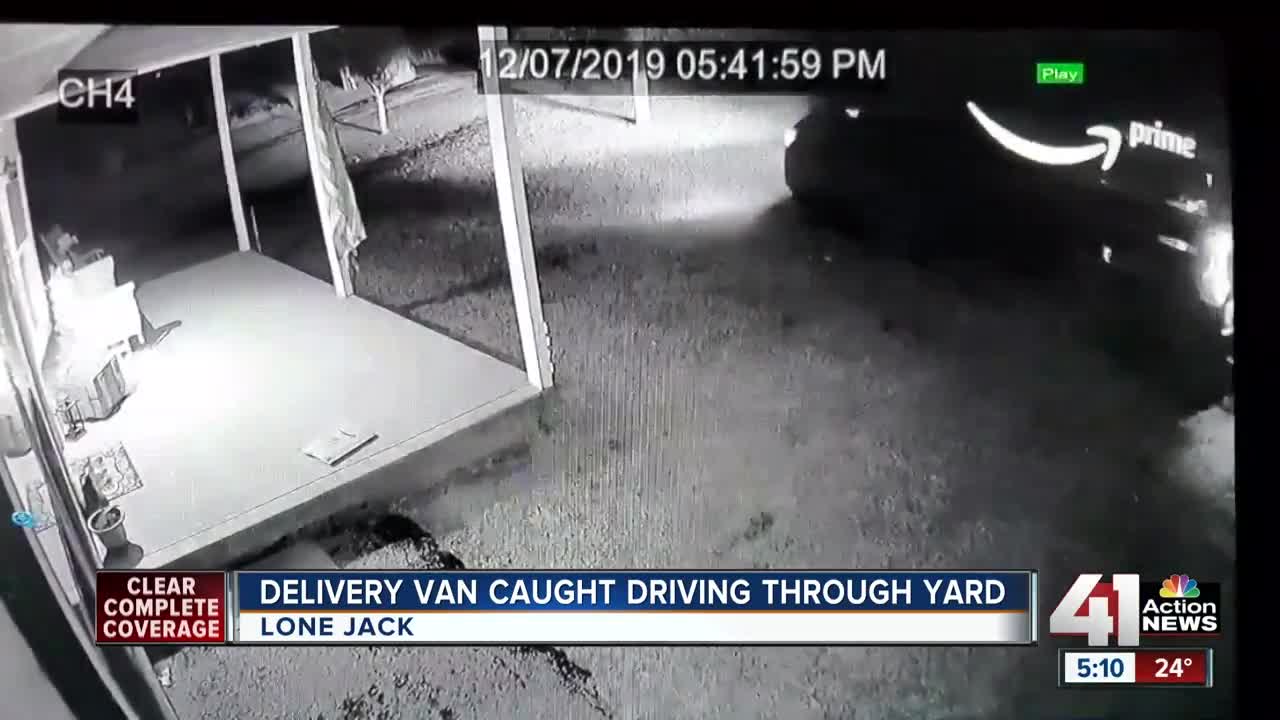 A Lone Jack man couldn’t believe his eyes after watching video of an Amazon driver throwing his package onto his porch and driving away not on his driveway, but straight through his yard. Amazon has not responded to 41 Action News’ requests for comment. 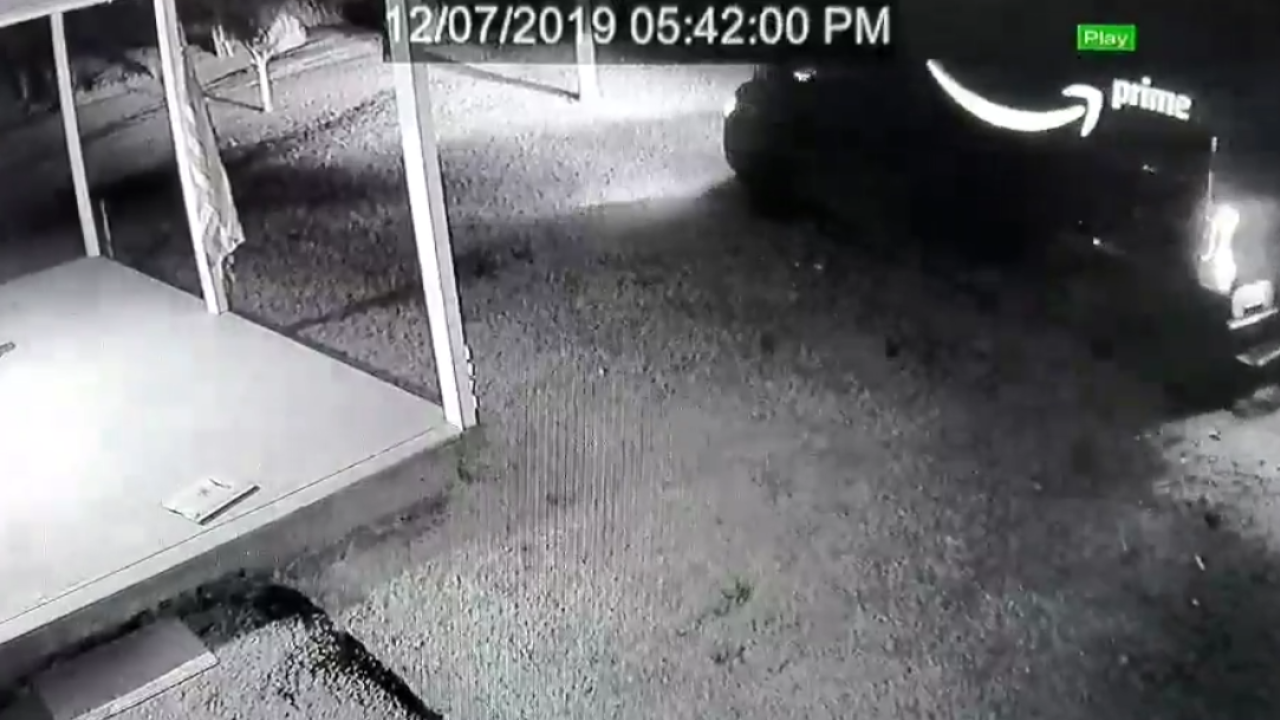 LONE JACK, Mo. — A Lone Jack man couldn't believe his eyes after watching his surveillance video of an Amazon delivery.

Jason Spurgeon said it showed the driver throwing his package onto his porch before driving through his yard.

Spurgeon was outside working on his truck Saturday evening when he noticed an Amazon van pull into his driveway. He watched as the driver tried to turn around, gave up and drove straight through the yard, over the ditch and onto the road.

"If I had a sprinkler system or something, he would have damaged that, which I don't, but he could have and he doesn't know that," Spurgeon said.

The shortcut through the yard isn't Spurgeon's only frustration. When he watched his security video back he noticed the driver threw his package onto his front porch.

"It was just charging wires and stuff, but he doesn't know what's in it," Spurgeon said. "It could have been something breakable, either way they shouldn't throw it."

He called Amazon and said it took a few days to get a response.

Customer Service sent him an email saying it is forwarding his message to the shipping department to make sure corrective action is taken.

"I don't want the kid to lose his job or anything, but I think they should be trained not to drive through people's yards," Spurgeon said.

Amazon has not responded to 41 Action News' requests for comments.