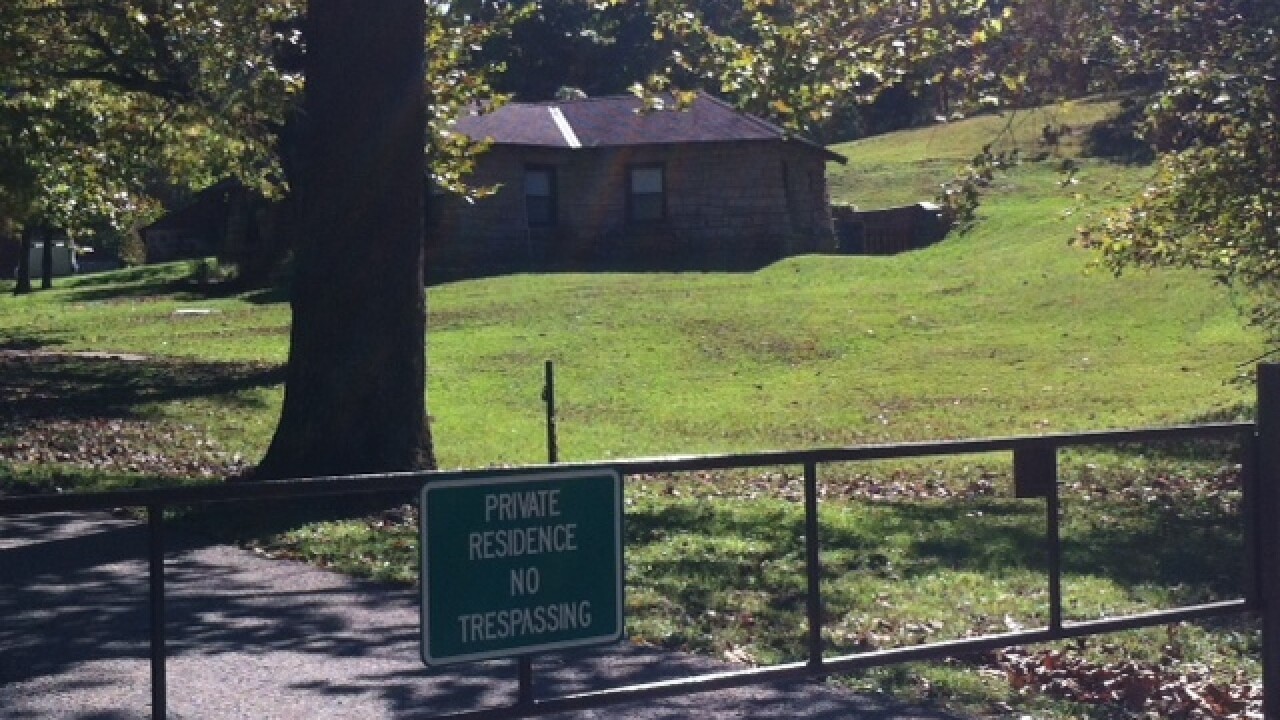 KANSAS CITY, Kan. — Activists have filed a theft of housing lawsuit against the Unified Government of Kansas City, Kansas, based on a lease deal that KCK's police chief has with the UG.

In the suit, Ron and Janice Witt call for Police Chief Terry Zeigler to be removed from his job and turn over the lake house property where he currently resides to the UG.

"I am angry and everybody should be angry. This is sheer corruption," Janice Witt said.

As the 41 Action News Investigators first reported last week , Zeigler is renting a house owned by the UG at Wyandotte County Lake Park.

As part of the two-year agreement, the county is giving Zeigler credit for buying supplies and equipment for the property, as well as labor and gas mileage to get the supplies to fix the house.

Because of those credits, which included charging hours of labor done by his mother, Zeigler owes less than $1,300 for the lease, which runs through the end of next year.

Because of those credits, both Zeigler and Wyandotte County Administrator Doug Bach acknowledged Zeigler has yet to write a rent check to the UG for the lake house.

"I mean it seems fair. A lot of landscaping has been done out there, a lot of work on the house," Zeigler said.

"We now have a good asset that's back in our inventory, and we didn't have money to put into it," Bach said.

But the Witts aren't as convinced.

In the lawsuit, the Witts note they requested to get the terms of the lease deal in July through the Kansas Open Records Act. The request cost them $144.

They were told the information "did not exist."

As the 41 Action News Investigators reported, Zeigler didn't sign the lease until Aug. 24, nearly eight months after he moved into the house and a month after he was done with repairs.

The suit also states Zeigler and Bach entered into the deal without giving anyone else a chance at it.

The Witts have been running a by-appointment food pantry in KCK for 26 years.

In the suit, they note the average resident of Wyandotte County earns less than $19,000 a year.

Zeigler, who the suit says earns $150,000 a year as police chief, is given free water and electricity as part of his lease deal.

"He got free BPU (Board of Public Utilities) when we're paying BPU bills for people who are handicapped. They're in homes that are falling in and rotting," Janice Witt said.

In their suit, the Witts claim the lease deal violates Unified Government's Code of Ethics as well as federal, state and local fair housing laws.

"Why can't they take care of the citizens who are paying this guy's salary and paying for him to live in this property? And if we could give one Wyandotte County person, family a beautiful home to live in, wouldn't that be a great story, even if it was transitional housing?" Janice Witt said.

As part of the suit, the Witts are requesting two independent appraisers or realtors with no ties to the UG to be brought in to determine what fair rent and value of the lake house are.

They've also requested proof of condition of the house, receipts for all repairs and photos of the house.

The 41 Action News Investigators previously requested receipts and photos of the repairs from the Unified Government.

The request for receipts was denied, and a UG spokesman said Zeigler didn't take any pictures of the repairs.

The spokesman also said no one from the UG could comment on the Witts' lawsuit because as a matter of policy, the UG doesn't comment on pending litigation.