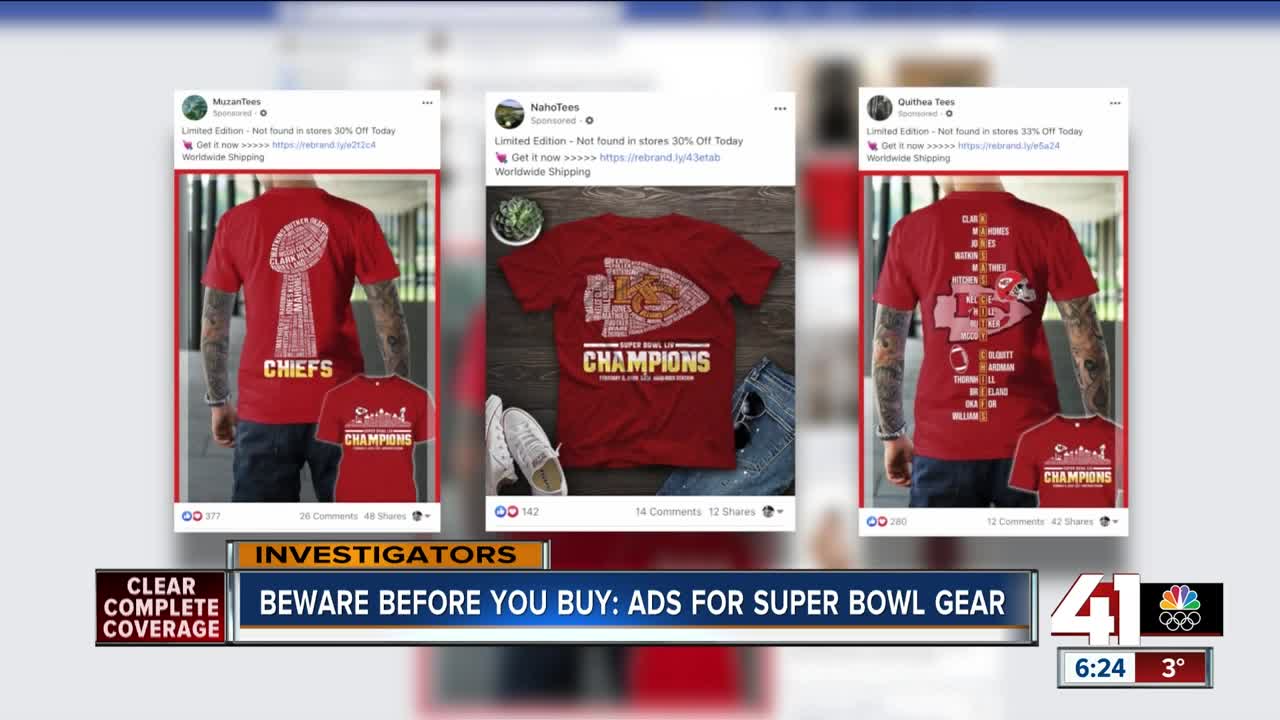 Buyers should beware of ads for Super Bowl gear advertised on Facebook and other social media platforms. 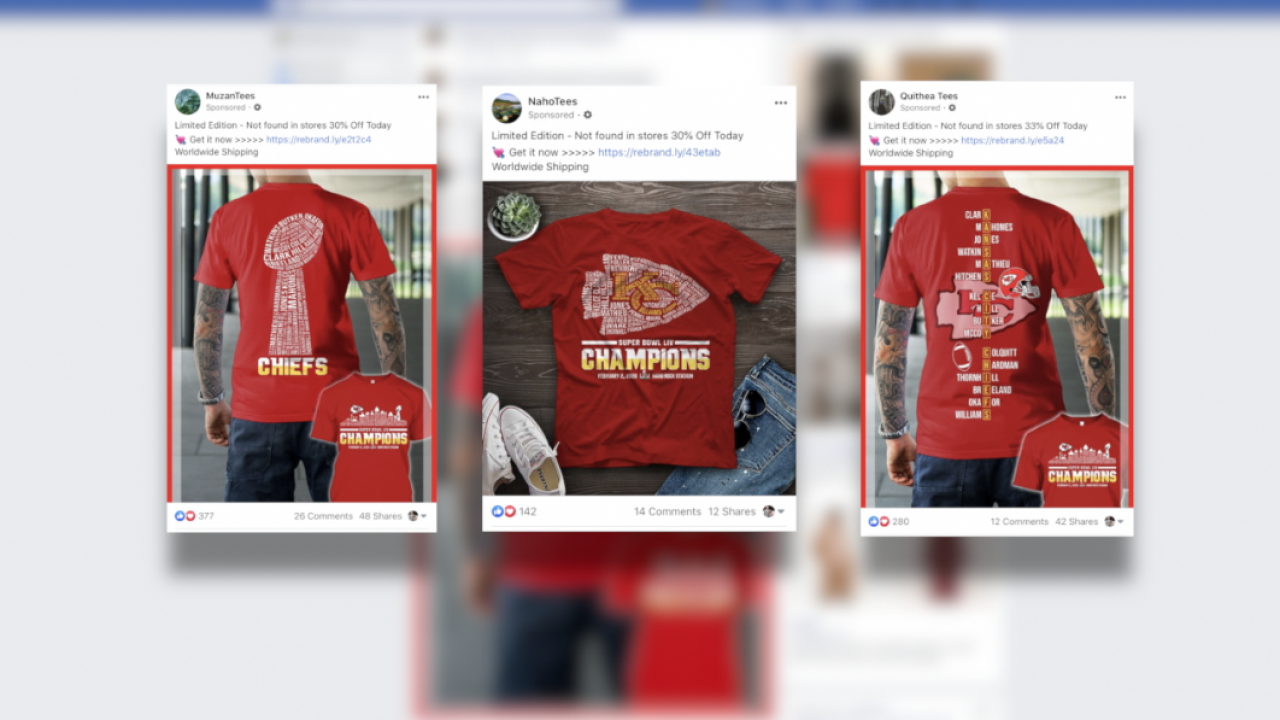 KANSAS CITY, Mo. — Die-hard Chiefs fans lined up right after the big game at retailers like Rally House to grab a piece of history.

But because crowds and lines aren't for everyone, Super Bowl shirts also can be ordered from the comfort of home.

The 41 Action News Investigators noticed ads on Facebook for those T-shirts with unique designs.

While some ads came from recognizable businesses, others seemed to emerge overnight from unfamiliar pages.

The latter group of sponsored posts seemed to have a few items in common.

First, they said the shirts were "Limited Edition-not found in stores" and "30% Off Today."

All of the pages sharing the ads had no other posts and were created after the Super Bowl. On top of that, nearly all took us to the exact same website: Viralstyle.com.

Viralstyle describes itself as a "crowdfunding and print-on-demand social commerce platform." It allows anyone to upload a design and start selling shirts.

For customers, there's a catch. According to the website, purchases won't ship until five or 10 days after the seller's campaign ends. When the 41 Action News Investigators checked the site on Wednesday, some of the Super Bowl deals still had nearly two days left.

In other words, if a consumer ordered a shirt right after the game, it might not be in the mail yet.

A review on Trustpilot showed at least one Chiefs fan did receive his merchandise. However, the customer wrote that one of his sweatshirts was the wrong size.

The 41 Action News Investigators reached out to Viralstyle to see if the shirt designers had permission to use the NFL logo. The company said it removed three of the campaigns we shared with them. According to its terms of service, Viralstyle will refund customers who bought those shirts and have not received them.

"Viralstyle acts vigorously to protect intellectual property in multiple regards," the legal team wrote in an email to 41 Action News.

If customers are unhappy with something ordered from a Facebook ad, there are some steps they can take.

In June 2018, the social media platform launched a tool for users to give feedback on advertisers.

Under the "Explore" menu, users can find "Recent Ad Activity," which will show recently clicked on advertisements. A drop-down menu next to each ad allows users to state if they were satisfied or dissatisfied with the business and why.

Facebook claims it will reduce the amount of ads posted by businesses with high levels of negative feedback. Those businesses might even lose their ability to advertise altogether.