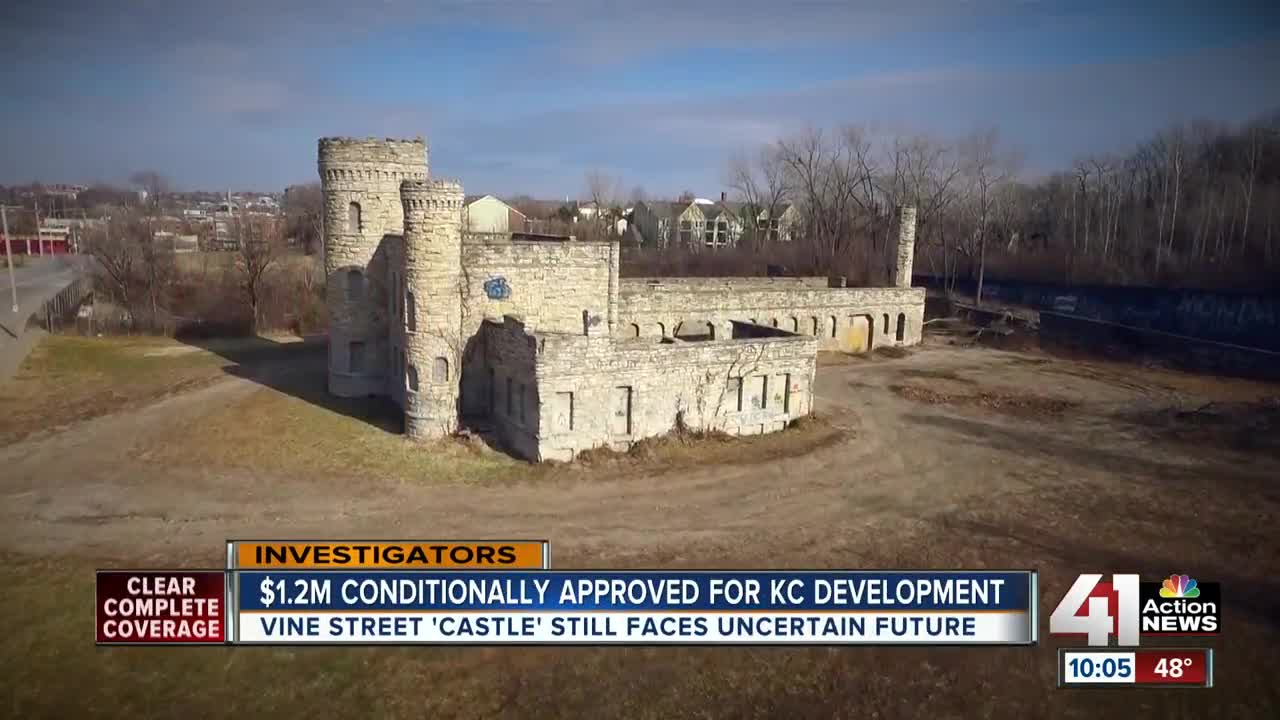 More than $1.2 million of Kansas City tax money has been conditionally approved for a local developer currently under federal investigation. 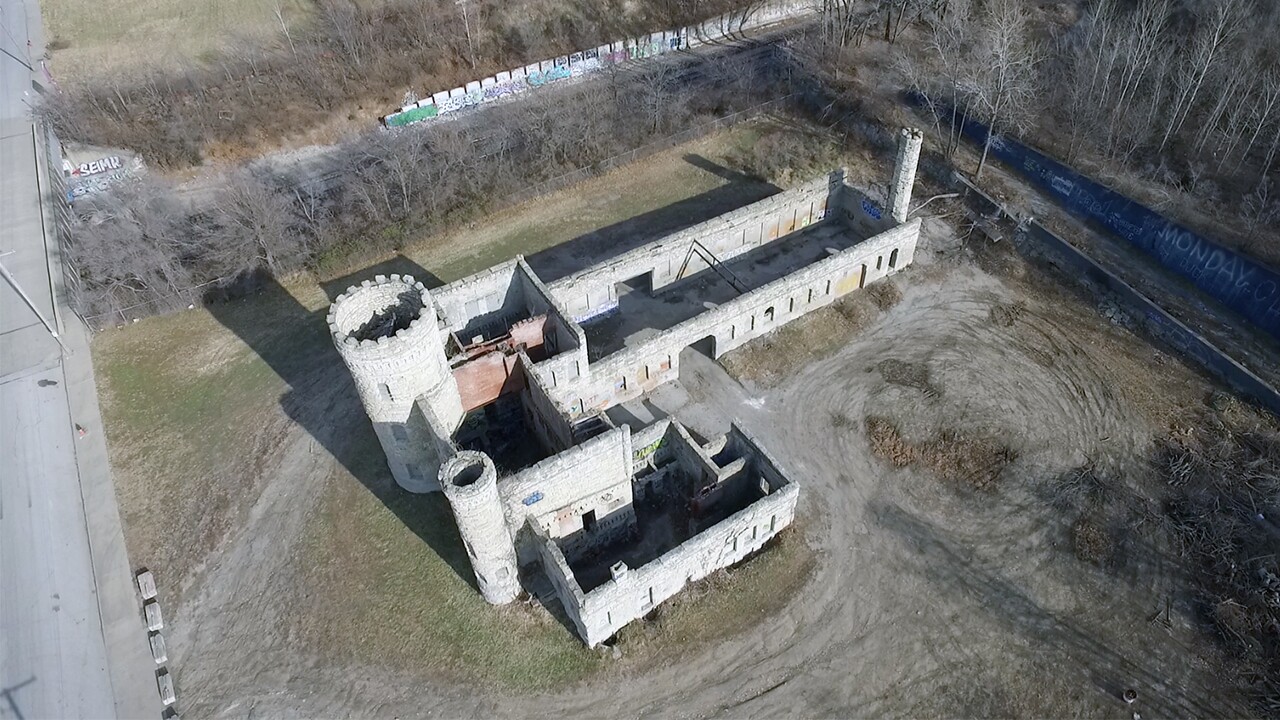 KANSAS CITY, Mo. — More than $1.2 million of Kansas City tax money has been conditionally approved for a local developer currently under federal investigation.

Vacant for nearly 50 years, the building at about 20th and Vine, just south of the historic 18th and Vine District, was once a jail workhouse.

Now the empty shell of a building is covered with graffiti.

“Typically, developers over in this neighborhood, projects take a long time the numbers just never really work out,” said Dan Edwards, a local developer and investor.

Five years ago, he was working on a plan property owner Vewiser Dixon backed to turn the castle building into a community recreation center.

He was so fired up about it, pictures he provided the 41 Action News Investigators show he turned the trash-filled nuisance into an outdoor wedding space where he married his wife.

“Politics took over, a lot of personalities,” Edwards said, explaining why his plans didn’t work out.

"Plan B" was just down the street with a former daycare building. Edwards' new plan is to turn that building into an arts center.

As for the castle building, Dixon has now partnered with a developer called Urban America on a nearly $22 million proposal.

The plan is to build 36 cottage-style homes in the area and transform the castle into an administration building for those homes.

"So far, everything looks like it’s on the up and up. Vewiser knows we’re there to help him,” Edwards said.

However, as the 41 Action News Investigators first reported in September, Dixon is at the center of an ongoing federal investigation.

A former Black Economic Union (BEU) board chairman claims Dixon and others funneled tens of thousands of dollars of that nonprofit housing development group’s funds for their own personal use.

That money, amounting to roughly $10 million per year, is used to subsidize development projects on Kansas City’s east side, such as the castle.

The Central City Tax Board evaluates project proposals to use that tax money and makes recommendations for that use.

"I look at that tax as something that could be extremely beneficial to the east side," Kansas City Councilman Brandon Ellington said.

The 41 Action News Investigators asked Central City Tax Board Chair Melissa Patterson-Hazley if the board had known Dixon was under federal investigation, would it have affected the approval of the castle proposal.

“Well, what I would say is that we would definitely be open to discussing what is appropriate to do in that situation,” she said.

According to Central City Tax Board records, Dixon’s proposal was one of 23 submitted to the board for consideration in the 2019 round of projects.

Of those 23 proposals, the board approved nine of them, primarily focusing on housing projects.

“Unfortunately, we don’t have enough to fund everyone, so we had to make some decisions about what fits what we’re trying to do,” Patterson-Hazley said.

While Dixon has not been charged with any crime, Patterson-Hazley said the Central City Tax Board currently doesn’t do criminal background checks on people soliciting money contracts with the board.

“That would be a conversation I think we need to engage in very thoughtfully. I think that’s something that should be discussed, but I think it should be discussed in fairness and with objectivity,” she said. "We're the first public part of the process. I know we're going to be judged by completion or not," Patterson-Hazley added.

Ellington, the councilman for that district, said he does not support the plan.

"That castle is something that is historic and should be restored. But I don't see anything happening right now," he said.

The 41 Action News Investigators also asked Ellington if his colleagues would have voted to approve the plan had they known Dixon was under federal investigation.

In addition to the tax board and council approval, Dixon and his team must negotiate a funding agreement with the city manager to get the more than $1.2 million in tax money.

A decision on a possible agreement is pending.

The 41 Action News Investigators made multiple attempts to contact Dixon and Urban America for comment without success.

That firm is representing five of the nine projects the Central City Tax Board approved in its 2019 round of projects.

At the time those projects were chosen, Hardwick was Central City Tax Board Chair.

It prompted a tense exchange between Hardwick and Councilman Ellington at a city council committee hearing last August.

“This is not an issue for us, for the Hardwick Law Firm,” Hardwick said.

“With all due respect, I understand it, I don’t work for the law firm, so it may not be an issue for you or your firm, but it’s definitely an issue for me,” Ellington replied.

Hardwick declined an on-camera interview, but he said he did nothing wrong.

Specifically, Hardwick followed existing rules by not voting on projects his firm represented.

“When I see language that would allow this process, I thought it needed to be changed,” Ellington said.

The new subsection wouldn’t allow citizens to serve on city boards or commissions when certain conflicts of interest are present.

“Fortunately for me, I’m not on the council so I will leave that decision up to them,” Patterson-Hazley said.

However, Hardwick did ultimately resign from the Central City Tax Board.

Hardwick said he’s served on many community boards in the past without issue.

Patterson-Hazley said Hardwick’s resignation deprives the tax board of his expertise in urban investment which few people or firms have.

"I'm very proud of the countless hours we've put in to try to create a really streamlined, defendable process. I think that this is a monumental opportunity for Kansas City and we're going to be the best stewards of the process that we can be," Patterson-Hazley said.

Kansas City’s mayor chooses three of the five members for the Central City Tax Board.

Mayor Quinton Lucas has nominated three new people to serve on the board, which includes Hardwick’s now vacant spot.

Those nominations have been referred to the Kansas City Council’s Special Committee on Legal Review.

Council action on those nominations is expected in January.