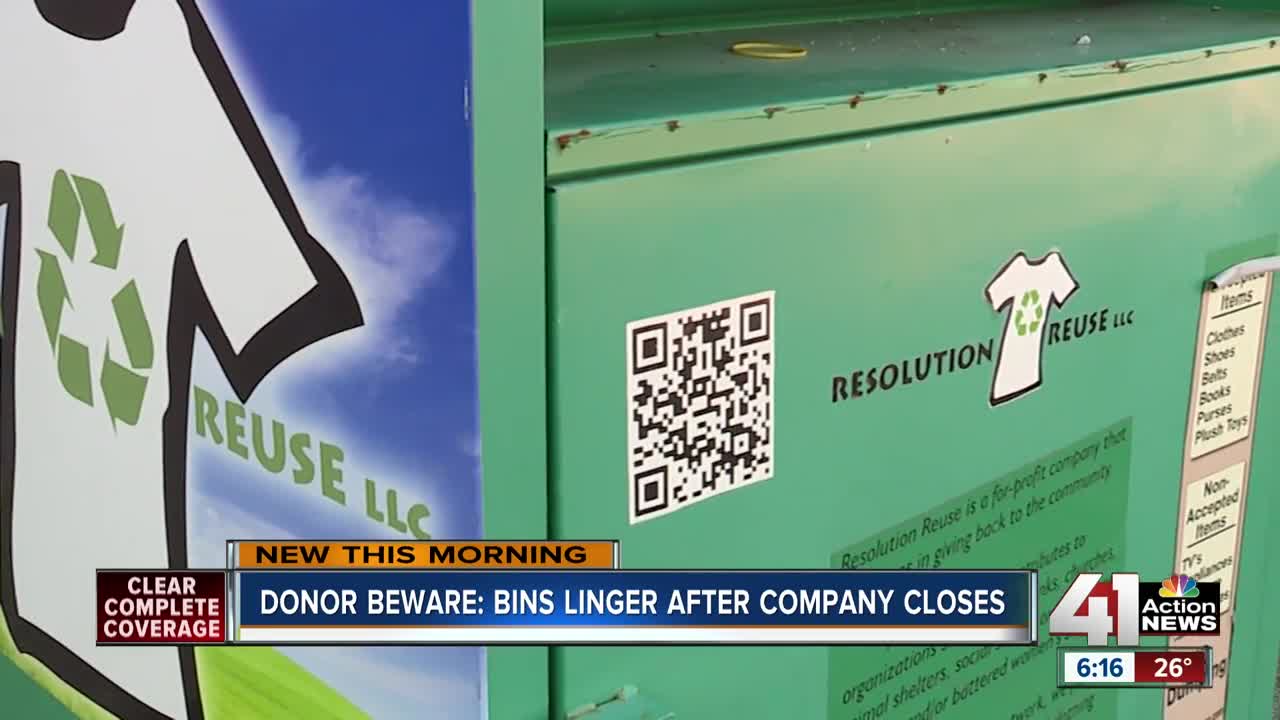 Some donation bins linger around the metro even though the company closed and doesn't collect the donations. 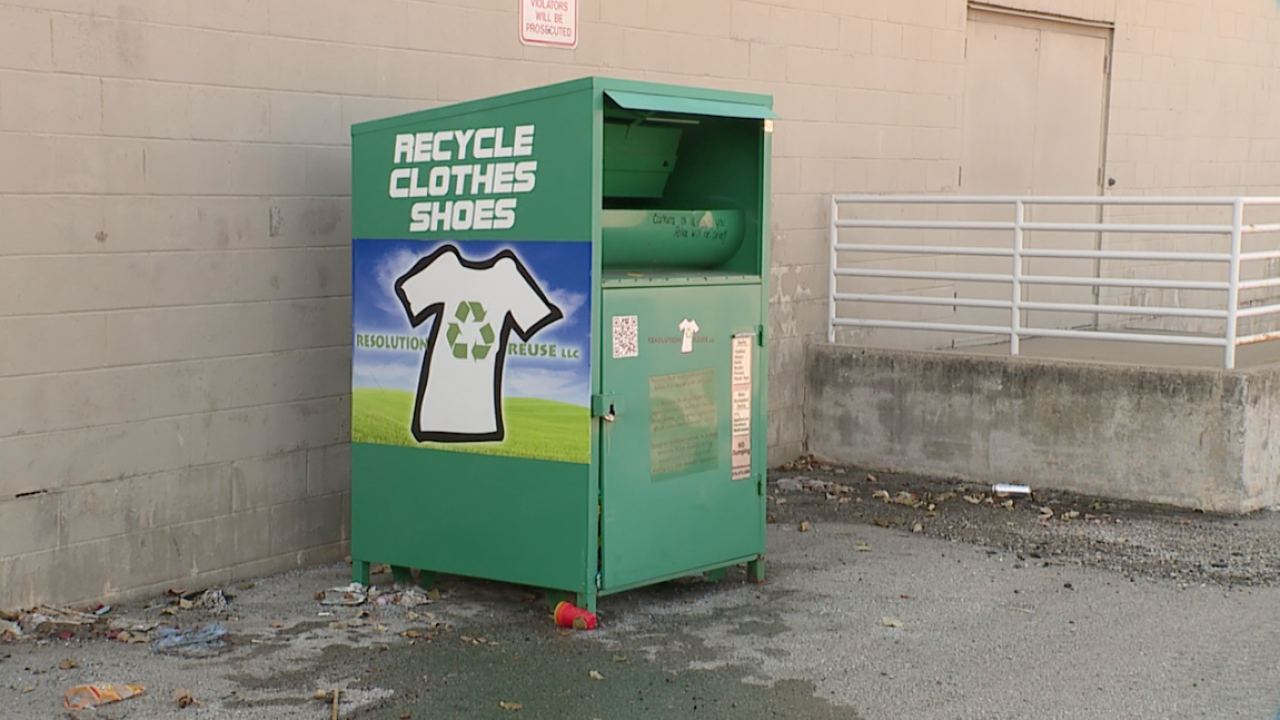 KANSAS CIT,Y Mo. — It's the season of giving, and one convenient way to spread holiday cheer is by dropping donations off in bins found all over the metro.

But one viewer reached out about a box in the Northland, where donations are going in, being rifled through and never getting picked up.

The viewer shared pictures of people climbing into the bin. More photos show pill bottles and syringes left around the site.

"As time went on, we just assumed that they went away. We didn't realize their bins were still up and around," Director of Communications Aaron Reese said.

41 Action News was also familiar with the company. Back in 2017 we shared pictures of people rummaging through one of Resolution Reuse's bins in Olathe.

At the time we found the company no longer existed. The Missouri Secretary of State's Office canceled Resolution Reuse's certificate of LLC in April 2017 for failing to maintain a registered agent.

The phone number listed on the bins has been disconnected, and their listed website with the BBB now goes to a foreign casino page.

So what can be done about the bins lingering in the metro?

"It's their property, so it's up to them to get rid of it," Reese said of Resolution Reuse.

Despite calling, emailing and messaging them online, the organizers listed in documents from the Secretary of State have not responded to 41 Action News' requests for comment.

At this point property owners might have to get rid of the eyesores on their own.

Those who want to give back should make sure they know where their donations are going.

"It's the whole point of doing it, and you don't want them to just sit there and do nothing," Reese said.

If you're considering dropping off clothing and shoes in a bin, you should know the BBB estimates 80 percent of those donations are resold to recyclers to be reused or repurposed. Often a charity gets a portion of the revenue for its programs, but that's where you really need to do your research.