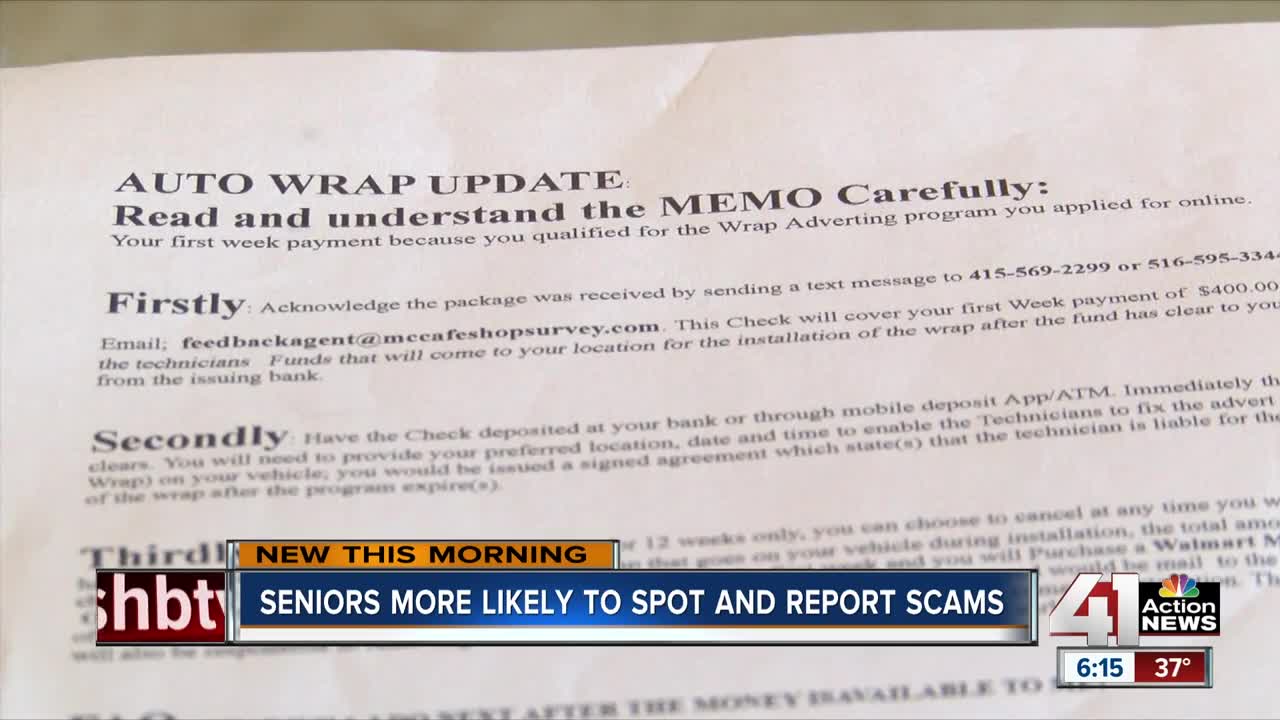 Senior citizens are likely targets for internet and phone scams. 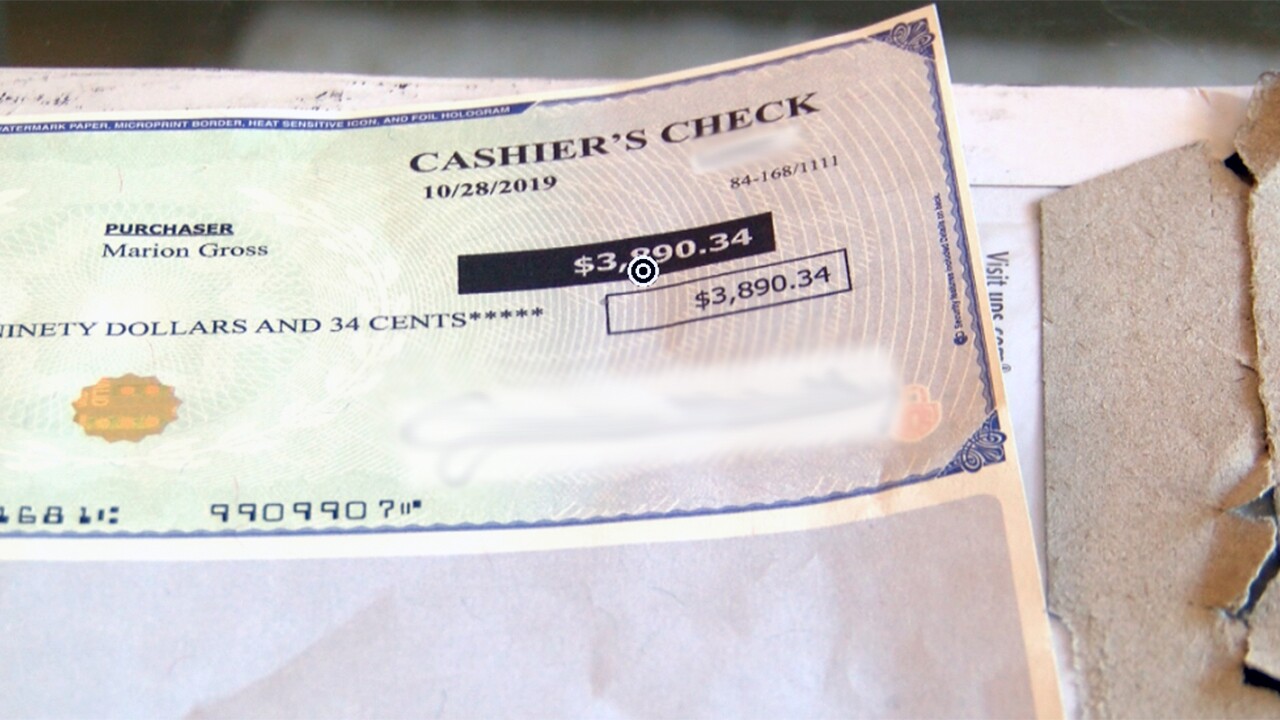 INDEPENDENCE, Mo. — Imagine having ads for a major company plastered all over your car.

With the promise of a $4,000 payday, Nona Sweeten of Independence didn't mind. The exciting offer came in the form of an email.

"They said that they wanted to put a wrap that said McCafe from McDonalds on it," Sweeten said of her car.

She filled out some paperwork, and a check arrived in the mail.

"They want me to take this money, go cash it and then get money orders," Sweeten said.

Luckily she ran the idea by her boyfriend, Les Albin, first.

"I knew it was a scam immediately," he said.

Albin falls into the 60 and up category. A new report from the Federal Trade Commission showed adults in that range are the least likely of any age group to report losing money to scams.

However, seniors spotted fraud and reported it before losing money at nearly twice the rate of consumers ages 24-59.

The FTC concluded older consumers may be more likely to avoid losing money to fraud, more inclined to report it when they haven't lost money, or a combination of the two.

"I'm old school, and the only way you make money is by hard work," he said, "Nothing in this world is given to you for free."

The car wrap scam isn't new. Typically a crook sends a big check, tells you to keep part of it as your share and to wire the rest to a company that will wrap your car. Weeks later the check bounces, and you're on the hook.

The scammers in Sweeten's case even texted her, pressuring her to go to the bank. She was relieved Albin was there to spot the scam.

"I'm glad I had somebody who is a little more hip to that than I am, because I would have cashed it if it had not been for him," she said.

Unfortunately the FTC report also found when seniors do fall for scams, they lose more money than younger consumers. Elderly people over the age of 80 had the highest median loss at $1,700, which was a 55 percent increase for the age group compared to 2017.

Older adults are more likely to fall for scams involving:

The FTC recommends being specific in warnings to your elderly loved ones so they know what to watch out for when it comes to scams.