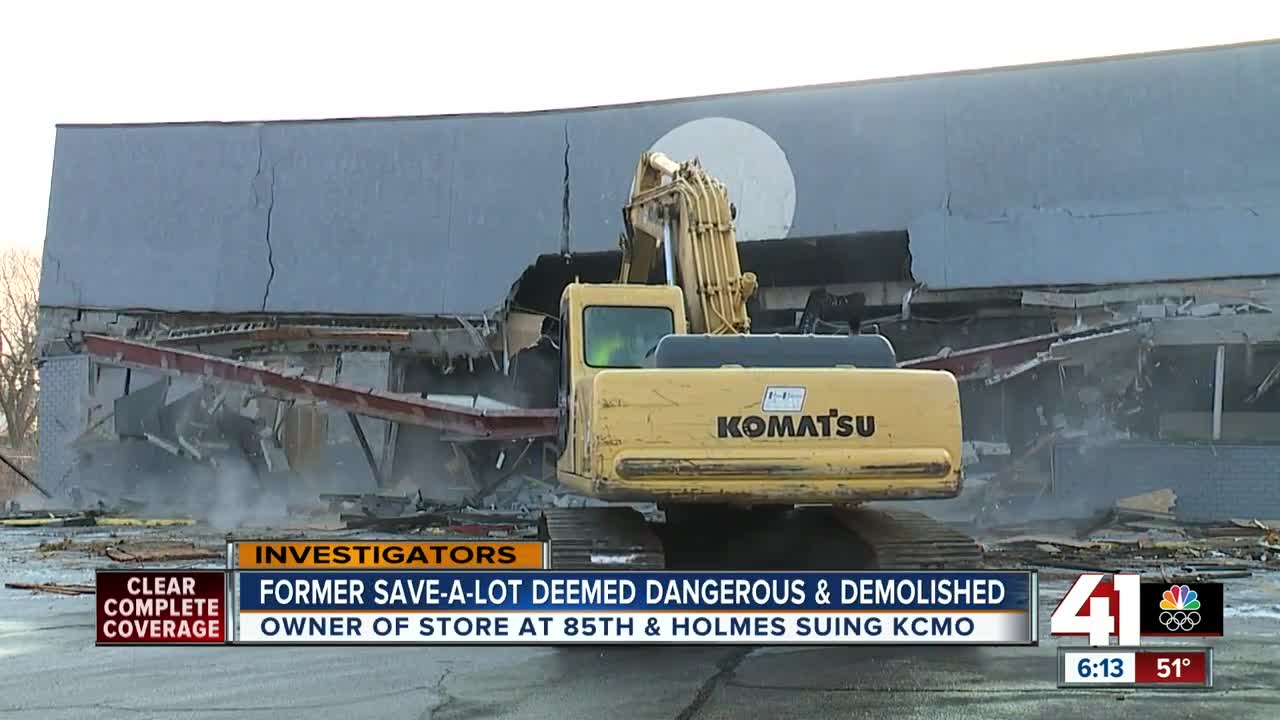 Demolition on a former grocery store that had been plagued by rodents, looters and squatters in south Kansas City began early Tuesday morning. 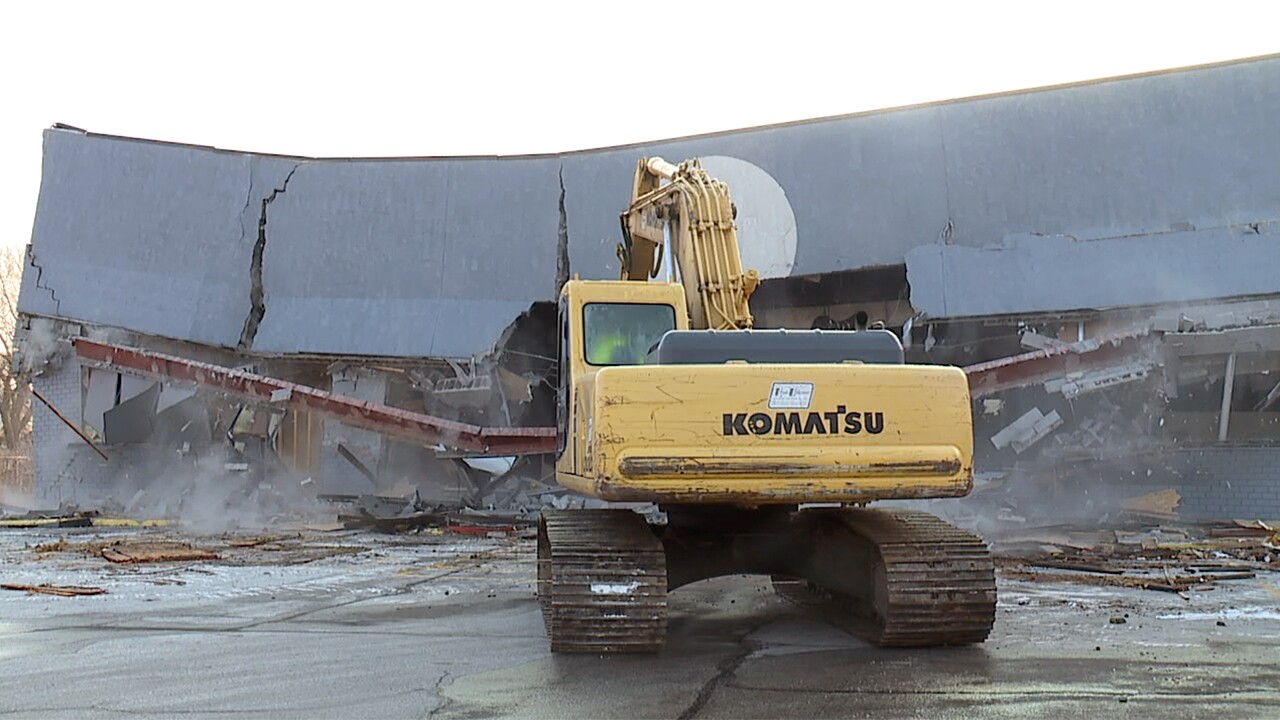 KANSAS CITY, Mo. — Demolition on a former grocery store that had been plagued by rodents, looters and squatters in south Kansas City began early Tuesday morning.

Only 41 Action News was at the site when the demolition began at the former Save A Lot grocery store at East 85th Street and Holmes Road.

The entire front of the building came crashing down shortly after that work began, which wasn’t exactly what the crew from Midland Wrecking had planned.

The process started around 8 a.m. Tuesday with the crew taking down the front entrance roof cover.

The crew then tore off the plywood blocking the entrance.

Demolition stopped at that point as the crew went inside the grocery store to see what was left inside.

They wanted to take out items such as grocery carts, rotted food and everything left inside before tearing down the rest of the building.

But when the entire front of the building along with part of the roof came down, it meant the crew had to dig through that rubble to get to the items inside.

This particular demolition is complicated by a pending lawsuit.

The problem led to a city notice for Save A Lot to vacate the building after a sinkhole developed on the north side of the parking lot near the building.

“Did that precipitate what’s going on here? Absolutely,” Baccala said.

The 41 Action News Investigators asked Baccala if the sinkhole shows there’s a serious infrastructure problem with the property. He again said, “Absolutely.”

Once the grocery store vacated the building, both city leaders and the owners acknowledge problems with looters, vagrants, rodents and even a fire in the old store meant the building couldn't be salvaged.

“It needed to come down because it presented a safety issue,” Baccala said.

The city then entered into a demolition contract with Midland Wrecking for up to $57,347 to tear down the building and haul away the debris.

It’s unclear at this point if taxpayer money will cover that cost.

Nine Guys attorney Brendan McPherson said he doesn’t expect his client to pay for the demolition and was told by a city representative Nine Guys won’t have to pay for it.

McPherson said he also believes the city has increased its liability in the pending lawsuit by destroying his client’s asset.

Baccala said in most instances when Kansas City issues a dangerous building and demolition order, it’s up to the owner to refund the city for the demolition.

"I'm sure we’re going to get compensated somehow, but again, I don’t know how that’s going to work given the fact we’re still in litigation,” Baccala said.

Baccala said Kansas City’s Dangerous Buildings Department is working on behalf of KC Water to take care of the demolition.

The demolition was scheduled to take place last week.

But according to Baccala, the discovery of a fiber optic cable delayed that plan until Tuesday.

In response to the lawsuit, the city’s attorney claims the sewer pipe collapse leading to the problems at the site was “an act of God.”

Specifically, he points to heavy rains causing the problem with the sewer pipe.

The complete demolition and clean up is expected to take a couple of days.