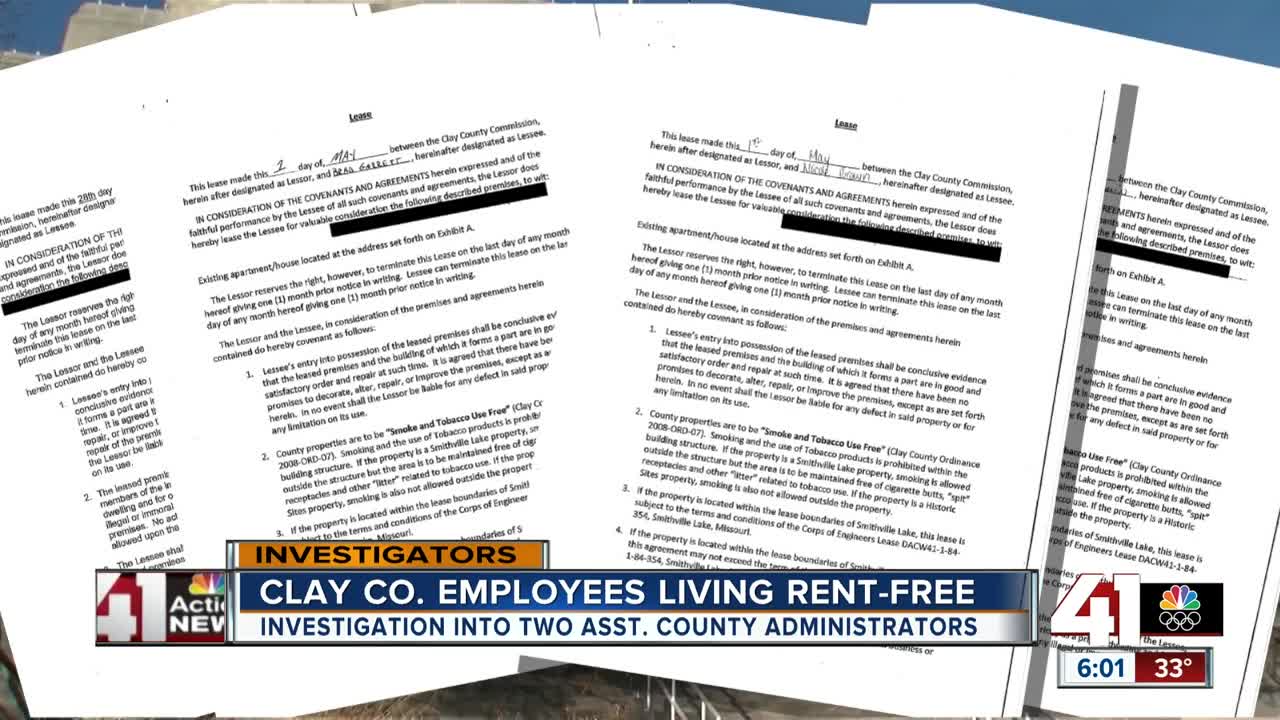 There are concerns about two top-level Clay County Administrators each making well over $100,000 a year living at government owned properties rent free. 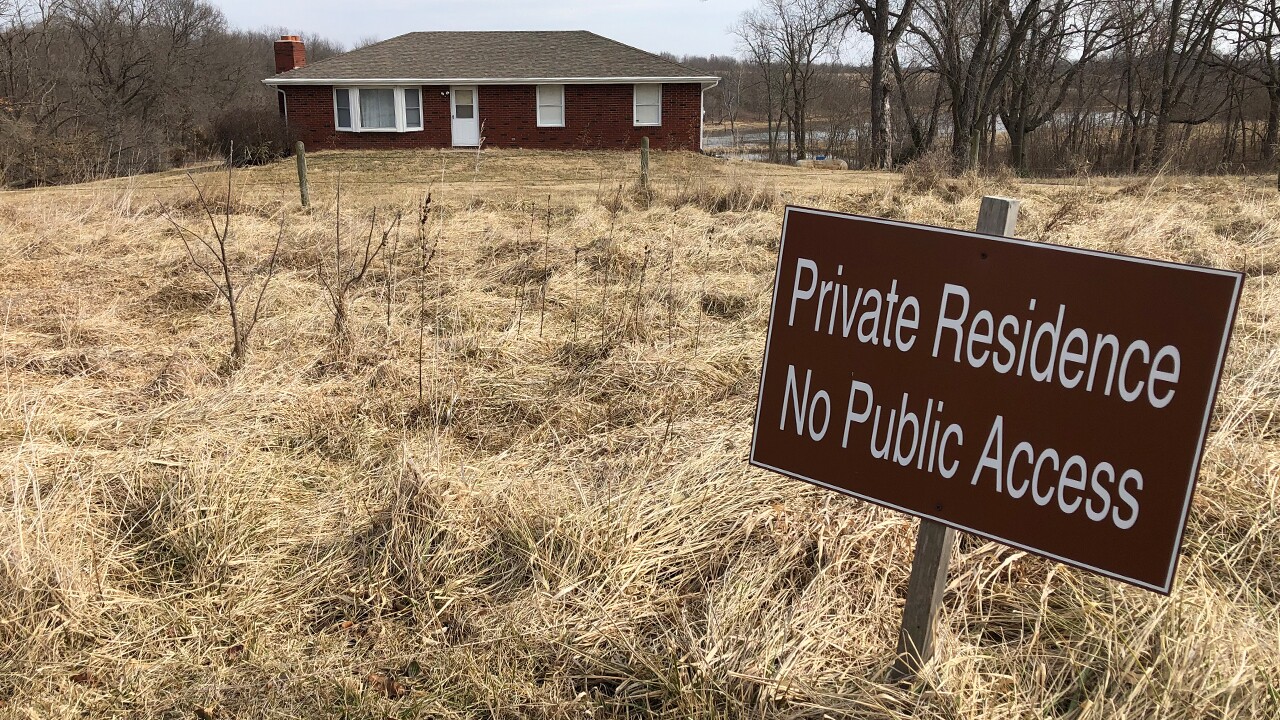 Based on a request from citizens, Nolte obtained five leases showing county employees living at taxpayer-owned properties without having to pay rent — only utilities.

Nolte now wants to submit a proposal at the next commission meeting to require public comment and a commission vote to approve similar contracts.

Three of those leases Nolte obtained are for park rangers Randy Miller and Sean Benjamin, and for park maintenance man Olen Reed.

All three men work and live on government-owned properties in the Smithville Lake area.

While Nolte said he’s had no input or vote on those leases, the two other free rent deals he’s most concerned about are for Assistant County Administrators Nicole Brown and Brad Garrett.

“This is poorly run government. This is not the government the people in Clay County deserve. They deserve much better and we need to make sure we deliver that,” Nolte said.

Tax records show Brown lives at a home near Smithville Lake which Clay County rents from the U.S. Army Corps of Engineers.

Garrett’s free lease deal is for an apartment at the Mount Gilead Historical Complex near Kearney, although it’s unclear if Garrett currently lives there.

County records show Garrett’s salary as the Assistant Administrator for Facilities is in excess of $105,000.

Those same records show Brown’s salary as Assistant Administrator for Public Services is more than $114,000.

Brookshier resigned in 2018 with the county under fire from a citizens-requested audit Missouri State Auditor Nicole Galloway is currently performing.

The Brown and Garrett leases only show a signing date of May 1 with no year listed.

The leases are also open-ended, meaning they continue indefinitely.

Since Brookshier left in 2018, those leases are at least roughly two years old.

And since Brookshier left, the three Clay County co-administrators, including Garrett and Brown, have been running the county.

According to Nolte, there’s been no commission vote on these leases, meaning the unelected co-administrators are making the decisions about the leases for themselves.

“I think there’s a real problem when the people who get a benefit are the same people who decide how benefits are disposed of,” Nolte said.

The only one of the five active free rent leases with a dated year on it is the one for Olen Reed.

Nolte said he hopes to introduce a proposal at the next commission meeting Monday which reads, “All leases related to county owned or administered properties shall come before the county commission in an open public session and receive an affirmative vote of the commission before such lease agreements are executed.”

However, Nolte said county co-administrators have final say on what gets on the Clay County Commission agenda, so it’s unclear if his proposal will make that agenda.

Brown and Garrett's leases say those two employees will be “on call” for six months of the year in exchange for the free rent.

Nolte said there’s no real explanation of what “on call” duties entail.

“What is the service being rendered in exchange for this free housing and is it worth it?,” Nolte questioned. “What concerns me is that if we don’t specify what we expect, then we’re not really administering the people’s asset in a viable way. I think we should make it more clear what we expect.”

To get their side of their open-ended free rent deals, the 41 Action News Investigators went to the Clay County Courthouse in Liberty to speak directly to Brad Garrett and Nicole Brown.

What they found was a reception area with no receptionist, only a phone, and a locked door blocking any public access to Clay County Administrators or elected Clay County Commissioners’ offices.

Nolte said his two fellow commissioners, Luann Ridgeway and Gene Owen, have handed over control of county government to unelected staff and are blocking his and everyone’s access to an open Clay County government.

“I think that is wrong on so many levels,” Nolte said.

Nolte, the Presiding Clay County Commissioner, had to put in an open records request with the county to see copies of the free rent leases.

He had to pay for that request out of his own pocket.

Nolte has made other similar paid open records requests to get Clay County records.

“I think it stinks. I think it’s terrible. I’m an officer of this county,” Nolte said.

Responding to our questions about the lease deals, Commissioner Ridgeway in an email only addressed Nicole Brown, claiming she’s being targeted by a “gender based smear campaign by a small group of people”.

Ridgeway didn’t specifically address questions about the leases or say anything about Brad Garrett.

According to Brown’s LinkedIn page, she previously worked for Commissioner Ridgeway when Ridgeway was a Missouri State Senator.

Brown, through email, asked the 41 Action News Investigators for questions she could answer about the lease deal.

So far, she has not responded those questions.

Garrett has not replied to interview requests, nor has Commissioner Gene Owen.