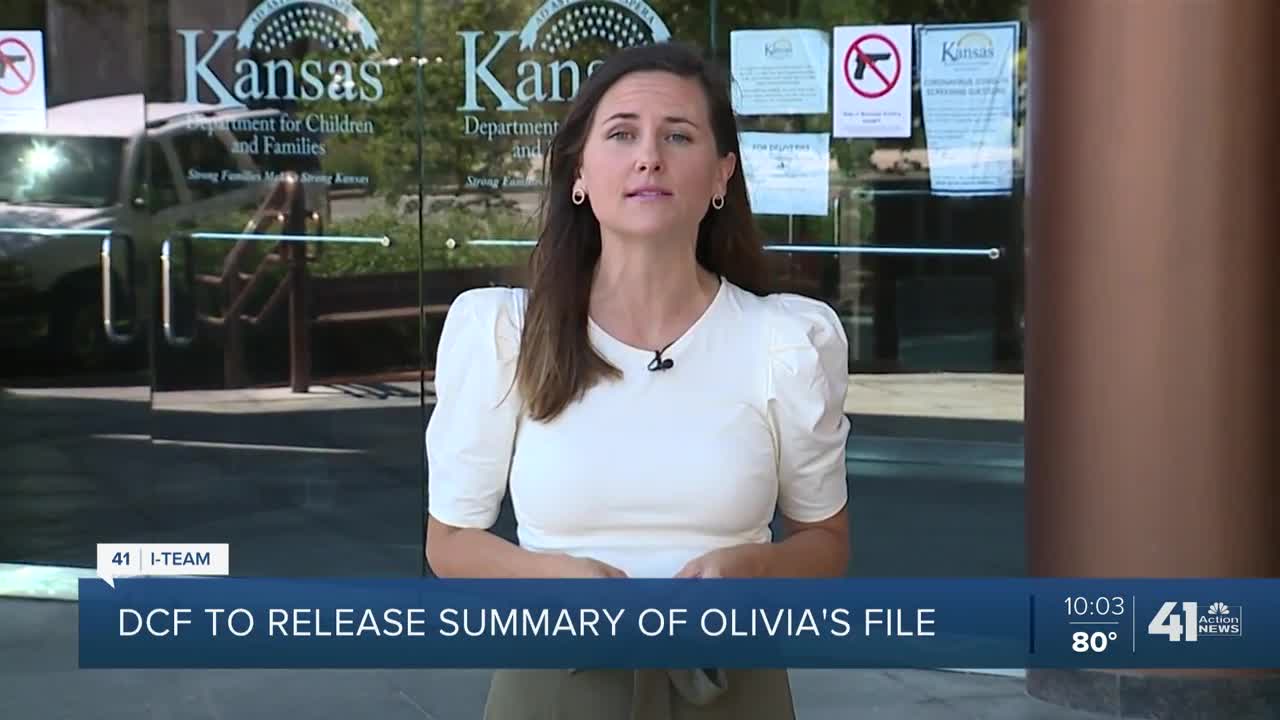 DCF is set to release the file on Olivia Jansen, the three-year-old who was killed and whose parents are charged with her murder. 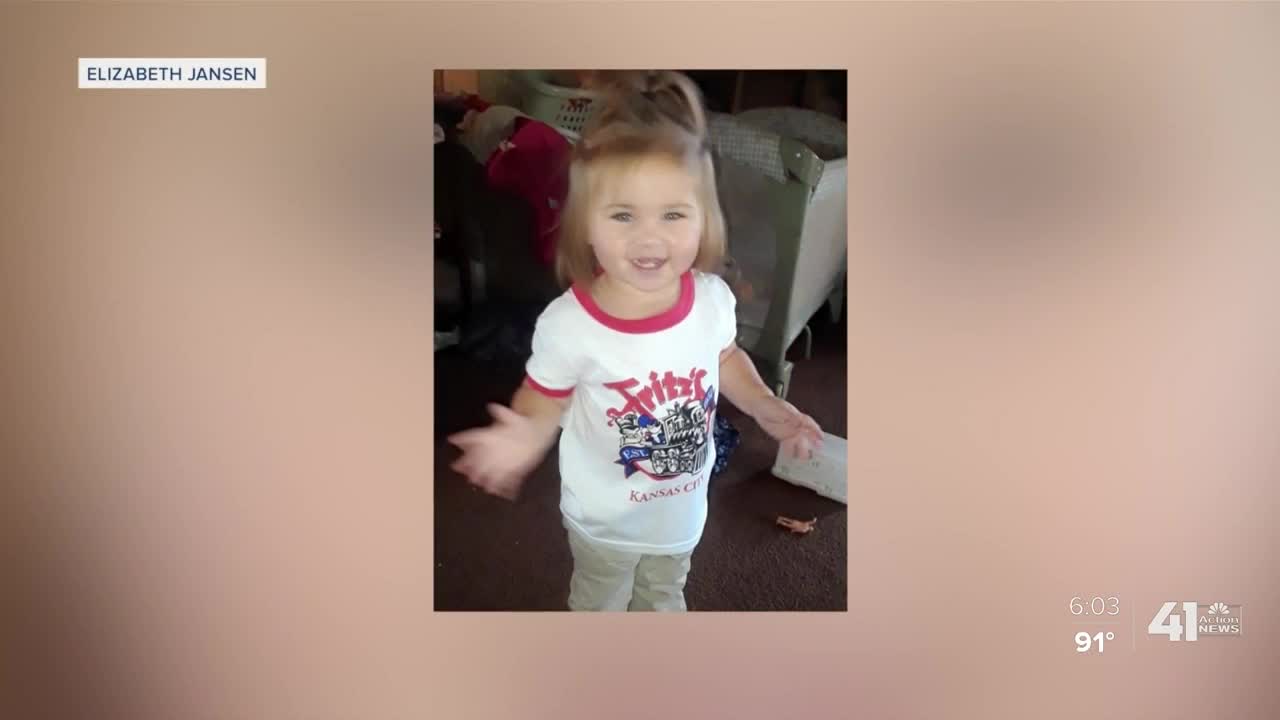 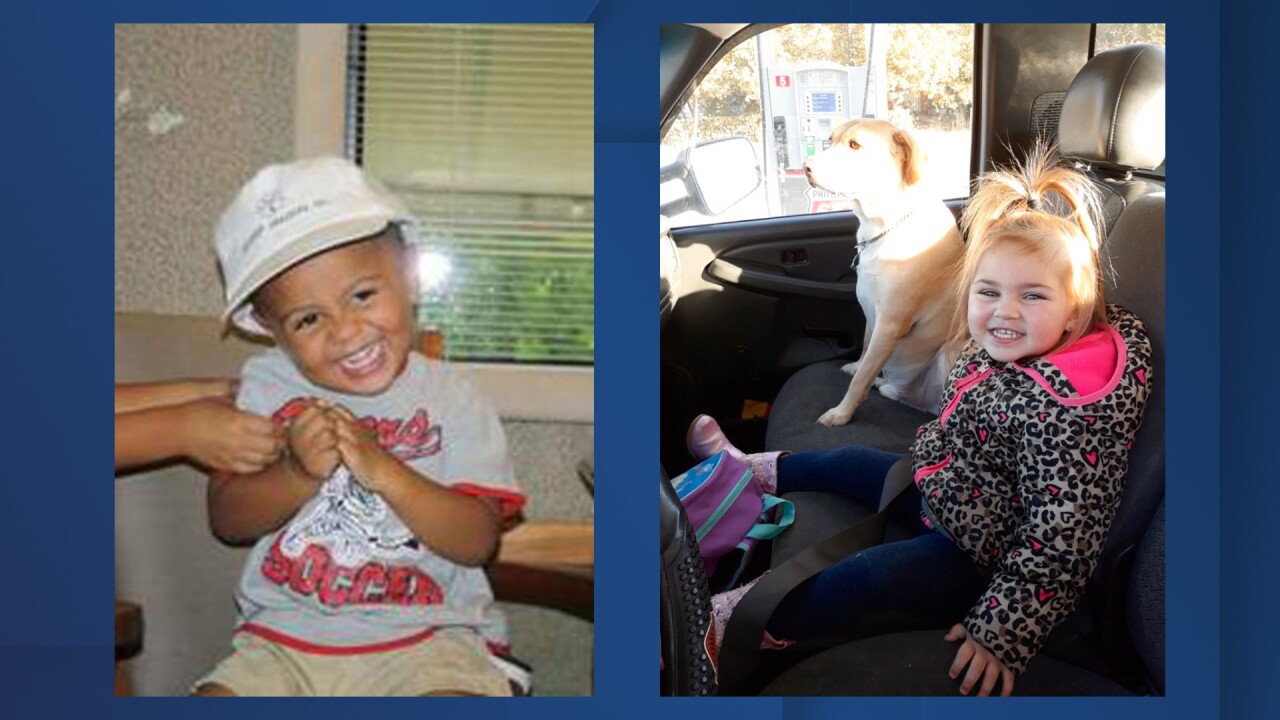 TOPEKA, Kan. — Mekhi Boone, Evan Brewer and Adrian Jones, all from different areas in Kansas, were all killed by people who were supposed to love them.

The young boys each had files with the Kansas Department for Children and Families.

Now, family of 3-year-old Olivia Jansen said they too placed calls to the agency and to police for help.

"They say they knocked on the door nobody answered," Elisabeth Jansen, Olivia's grandmother, said. "Well, you know, [we] didn't really expect an answer."

Olivia's body was found during a search for her on Friday in Kansas City, Kansas. Her dad and stepmom are in jail for her murder.

It's a story that's all too familiar for Judy Conway, Adrian Jones's grandmother.

"It’s really brought me to tears because I have to relive all over again what happened to Adrian," Conway said. "I visualize this little girl going through exactly the same thing and that just totally breaks my heart."

On Monday, Mike Deines, spokesperson for Kansas DCF told the 41 Action News I-Team the agency plans to release a summary of Olivia's file. When asked if that's confirmation that one exists, Deines said the agency cannot confirm they have information on a child until it's confirmed the child died from abuse.

In 2015, Adrian Jones's remains were found in a livestock pen located on the property where he lived with his dad and stepmom in KCK.

Conway is Adrian's maternal grandmother. She said Adrian's dad would not allow her to see the kids.

Records the I-Team obtained after Adrian's death reveal Conway and several others called Kansas DCF with concerns over Adrian's safety.

He also has a file on the Missouri side. Social workers in both states documented that Adrian was being abused for years, but left him in the home.

"I don’t want to go through it again. I’m tired," Conway said. "I’m tired of hearing about these children who are suffering in silence. If DCF has failed another child all I can say is just 'shame on you.'"

In 2017, the body of Evan Brewer, 3, was found encased in concrete at the home where he lived with his mom, Miranda Miller, and her boyfriend, Stephen Bodine.

Records show Evan was also on DCF's radar before his death.

In 2013, Mekhi Boone, 5, died from abuse. Boone's father and live-in girlfriend were sentenced to prison in relation to his death.

Records show Kansas DCF had involvement with the family. The agency removed Boone from his mother after he was found wandering alone in a grocery store.

Mekhi's mother filed a lawsuit against Kansas DCF, which settled out of court for an undisclosed amount in 2016.

"If you know something, please say something," Dupree said. "Make the call."

However, in many cases, friends and family members did make the call.

"Before Adrian passed away, lots of things were said," Conway said. "It's just a bunch of rhetoric — people saying 'speak out when you see something,' but people are speaking out and still nothing is being done. Nothing."

The spokesperson for DCF said the agency is working as fast as it can to provide information on Olivia. Deines also said if a file does exist it can take time to release it in its entirety because it has to go through the courts.