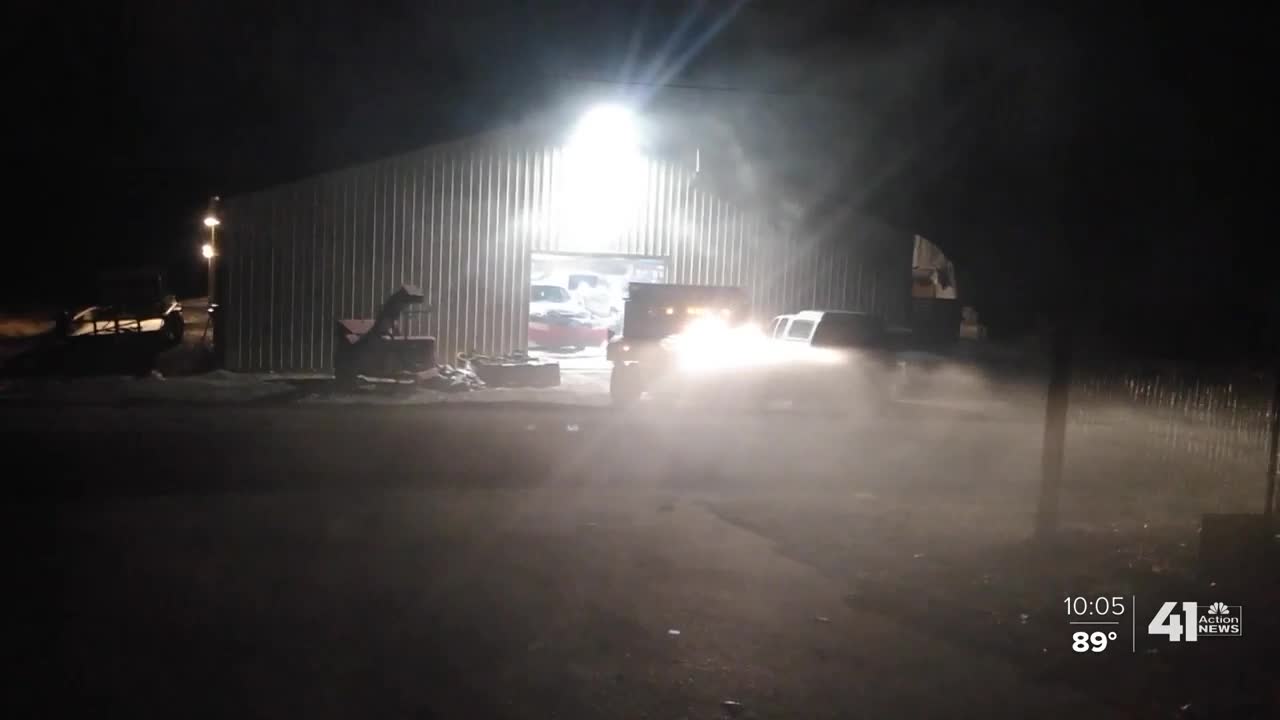 The Claflins believe their investment is depreciating because of what is now occurring feet away from their house. Their neighbor, James Wilkerson, is accused of illegally running a lawn mowing business from his property. 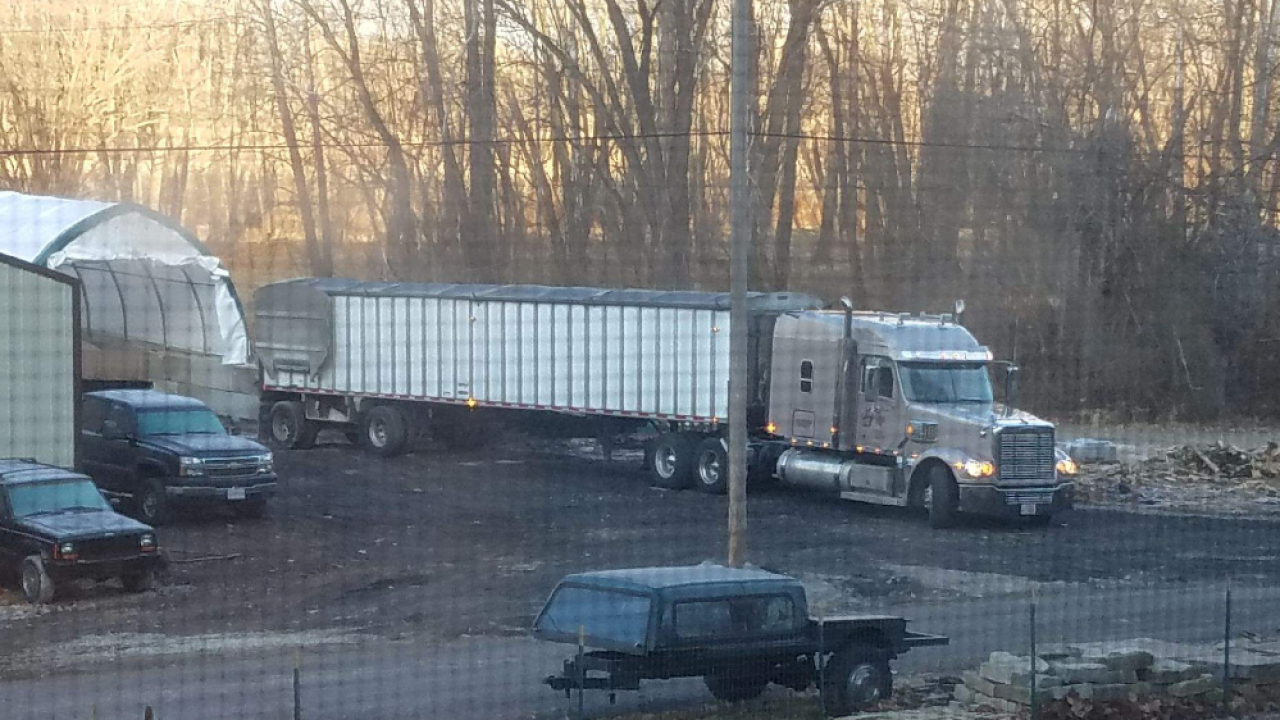 "We have beautiful sunsets. You've got the river out there and all the trees," Jon Claflin, a homeowner, said.

It's why Claflin and his wife, Arielle, decided to buy their home in an unincorporated part of the county off U.S. Route 24.

Before buying, the couple said they did their research on the neighborhood's zoning.

"Residential, maybe a little agricultural," Arielle Claflin said, "We did not plan on having a commercial operation across the street. This would not have been our purchase."

The Claflins believe their investment is depreciating because of what is now occurring feet away from their house.

Their neighbor, James Wilkerson, is accused by the county of illegally running a lawn mowing business from his property, which includes a pole barn. That barn is located right across the street from the Claflins.

To protect neighbors and their properties, the county has restrictions on the number of employees and the kinds of businesses that can operate in residential areas.

Since the barn went up in 2019, the family has documented noise from heavy machinery, trucks and trailers frequently coming and going and bright lights shining into their home.

Arielle Claflin said it has been hard, on occasion, to get their children to sleep – "especially the little baby."

The dispute dates back to late 2018, when the family first complained to the county about activity on the property.

"We'd call up zoning and say, 'Hey, this is going on,' and we just got brushed off," Jon Claflin said. "It was for months and months."

That's why the Claflins were furious when they learned Wilkerson's building permit for the pole barn had been approved in April 2019.

According to documents from the county, Wilkerson said the barn was for storage and not his business, Show Me Lawn Services.

In an internal email, the county's development administrator explained it was a legal structure, and that the department "cannot not deny a permit due to speculation" of how it will be used.

The family felt their concerns were falling on deaf ears.

"They just kind of want you to go away," Arielle Claflin said of the county.

In one instance an executive assistant wrote of him, "This guy is driving me crazy."

In a chat with the development administrator, an admin suggests they answer Claflin's complaints by telling him to "f---off."

"We're asking them to do their job," Jon Claflin said. "They're treating us like we're the problem."

The 41 Action News I-Team shared the messages with Jackson County Director of Public Works Brian Gaddie, who said the county does not condone that kind of language.

"We don't take those things lightly," he said. "Appropriate disciplinary action has been applied to those situations where I have the right to do so."

Gaddie also said his department took the Claflins' concerns seriously but had to do its own investigation before taking action.

"As things progressed, it was like, 'OK, there's more here,'" Gaddie said. "It's tough to catch people in the act."

In October, the county issued a court summons to Wilkerson for the zoning violation of operating an illegal business.

Although the county allows lawn care businesses as home occupations, the code specifically prohibits them from having more than one employee other than the property's residents.

The code also prohibits home occupations from serving as headquarters from which employees are dispatched.

Videos from the Claflins and others captured by the 41 Action News I-Team show at least three people other than Wilkerson entering the pole barn. The family has documented people leaving the barn with trucks and trailers.

Since the court summons was filed, the feud between neighbors has continued to intensify.

When Jon Claflin records activity on the property, often Wilkerson and others point their phones toward him, filming right back.

Gaddie even reached out to the sheriff's office after meeting with the Claflins in November 2019.

"It is apparent that the situation has turned personal and has escalated dramatically," Gaddie wrote. "Both parties sound extremely agitated by the proceedings, and we fear retaliation for the court summons could ensue."

In February the Claflins received their own court summons after one of their chickens got loose and wandered on to Wilkerson's property.

"It's hard to put into words how ridiculous that is," Arielle Claflin said.

The tension is felt by other neighbors on the street.

Ron Steele, who lives down the block from the Claflins, said he isn't bothered by Wilkerson's building or the people who appear to work there.

"Just three guys," said Steele, who allows some of them to park on his property.

Steele pointed to issues on the Claflins' property, like bricks that were previously piled up outside and equipment parked out front.

He believes the family should have purchased the land if they were worried about a building going up on it.

"The fighting has got to stop, one way or another," Steele said. "It's not good for the community."

Wilkerson spoke to the 41 Action News I-Team on several occasions, but he declined to speak on the record because of the court summons.

State filings show Wilkerson officially registered Show Me Lawn Service to his home address near the Claflins, but he claims his business is actually located at another address in Independence. The 41 Action News I-Team went to that address and found it was a house in a neighborhood.

"We just want to be able to come home and relax and not feel like you're constantly under attack," Arielle Claflin said.

Everyone 41 Action News spoke to on the street is hoping for a resolution soon, so serenity will return to their corner of rural Jackson County.