Nearby landowners in mediation with county 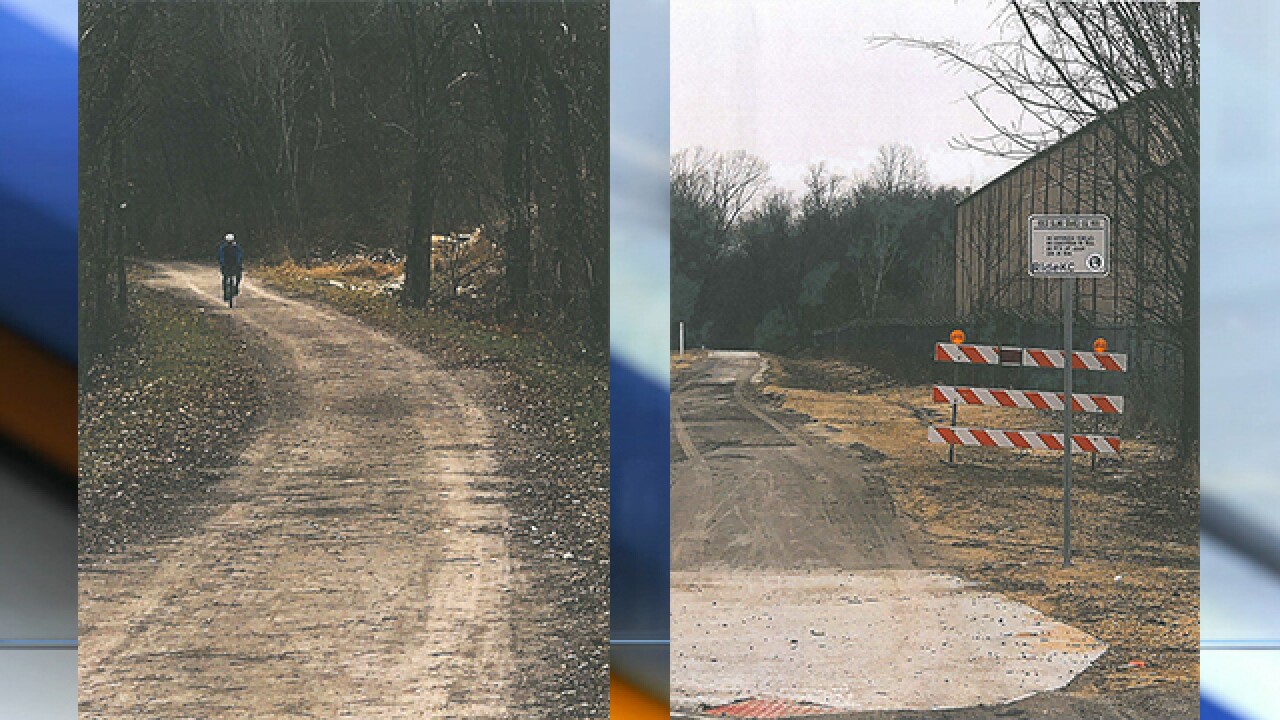 LEE'S SUMMIT, Mo. — A hiking and biking trail in the Lee's Summit area is in jeopardy.

Jackson County announced the first of two phases of the Rock Island Rail Corridor recreational trail would open by the end of the November 2018 with the second phase to be completed by the end of this year.

Now, the county is facing a mediation with nearby landowners after the Federal Surface Transportation Board questioned the county's honesty about how the land was acquired earlier this month.

The landowners have lawsuits pending against the county in both the United States Court of Federal Claims and Missouri State Court.

They want the county to either return their property used for an easement for the Union Pacific Railroad or to pay them for it.

The area in question is 17.7 miles of rail line and the surrounding area, which Jackson County purchased from the Union Pacific Railroad following an agreement in 2015.

In a February 5 decision, the Surface Transportation Board noted Jackson County was able to get an exemption of the Federal Rails to Trails Act by stating it would maintain the tracks for a possible commuter rail service and would also keep them as part of a freight service obligation in the exemption.

In a January 2016 filing to the Surface Transportation Board, Jackson County said it would only use part of the right of way near the rail line for a recreational trail and intended to keep the tracks.

But in a January 28, 2019 filing, the landowners sent the Surface Transportation Board evidence they claim proves Jackson County had provided false and misleading information to the board.

Specifically, the landowners submitted photos to the Surface Transportation Board showing the recreational trail on the rail bed where track had been removed.

Thomas Stewart, a Kansas City attorney representing the landowners, says Jackson County purchased the property for the recreational trail from the Union Pacific Railroad for $50 million.

He says with bonding, county taxpayers will ultimately pay around $80 million for it when he claims the county could've had the property for next to nothing if it had gone through the Federal Rails to Trails Act instead of fraudulently claiming the exemption to have rail service.

Why the county decided to seek the exemption from the Rails to Trails Act and pay Union Pacific for the property is unclear.

According to Stewart, the state court had ordered the county to produce documents about that land purchase on January 31 to clear up those questions.

So far, the county has yet to produce those documents.

The mediation on the property rights issue between the landowners and the county is scheduled to take place in Washington, D.C. in March.

A spokeswoman for Jackson County declined comment on the issue due to the pending lawsuits.