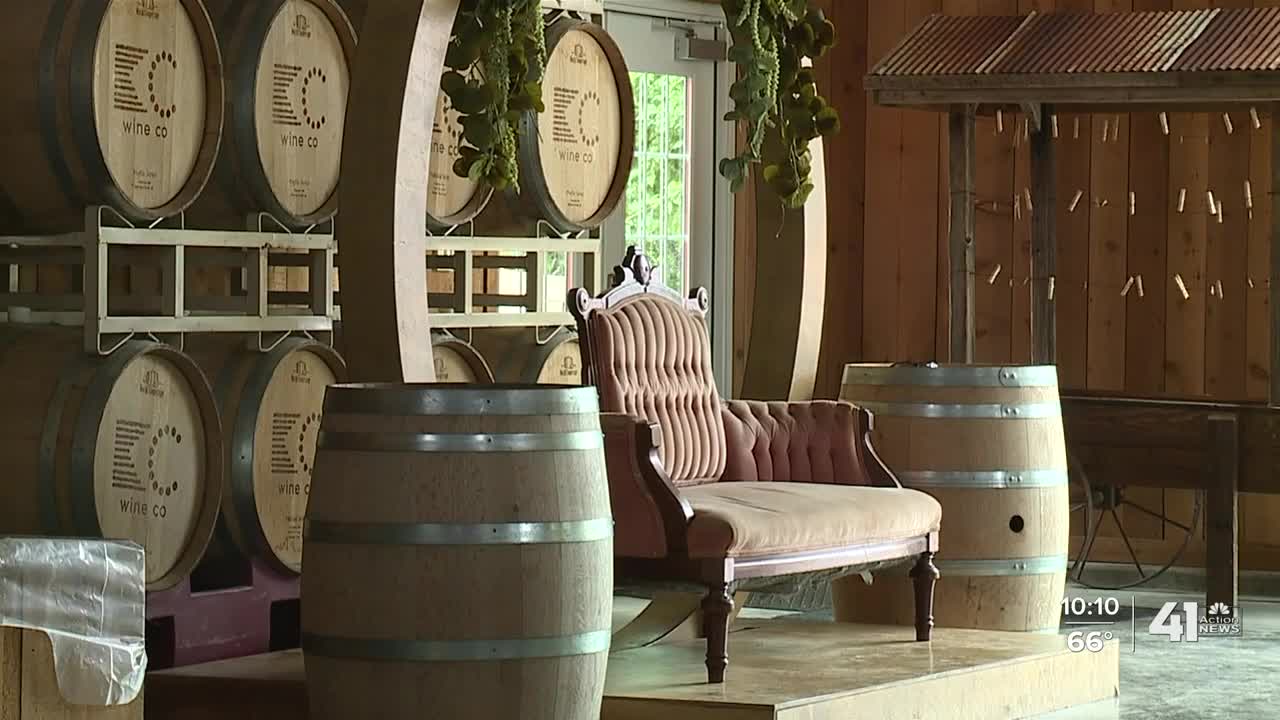 Back in April, a Lending Tree survey of engaged couples found 63% of them decided to postpone their weddings, but customers at KC Wine Co. in Olathe learned that moving their dates to 2021 wasn’t an option. 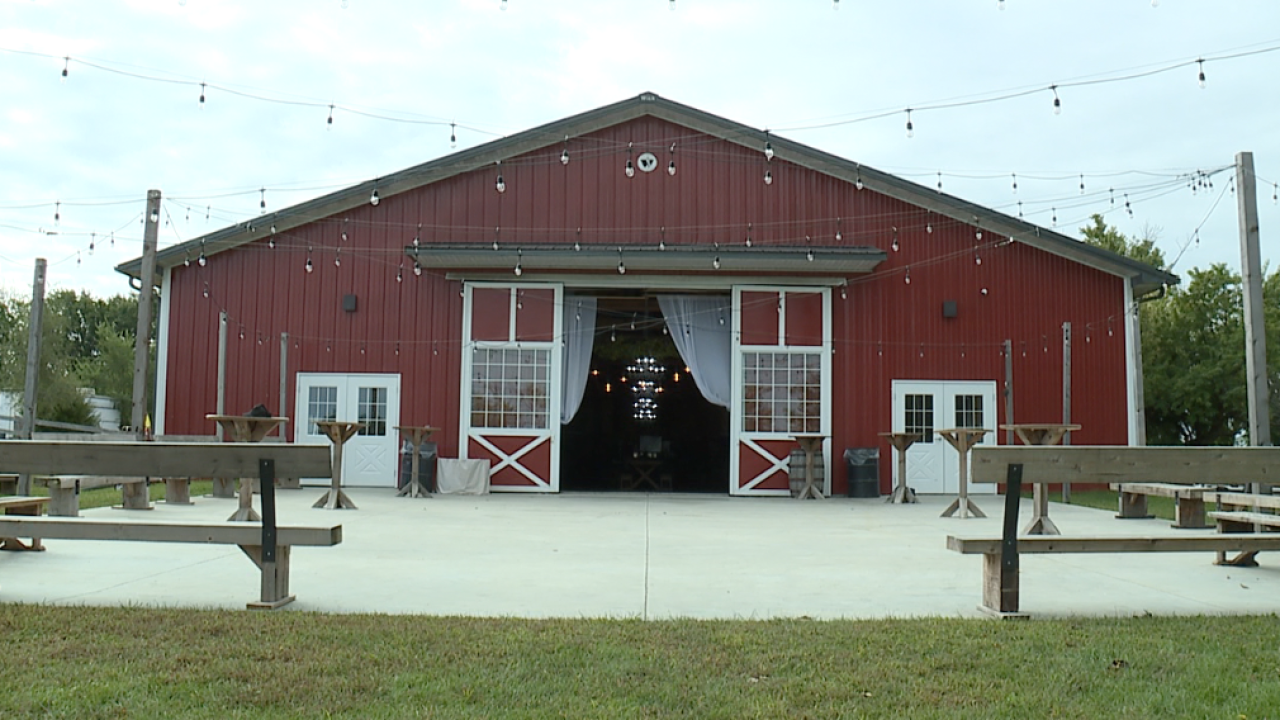 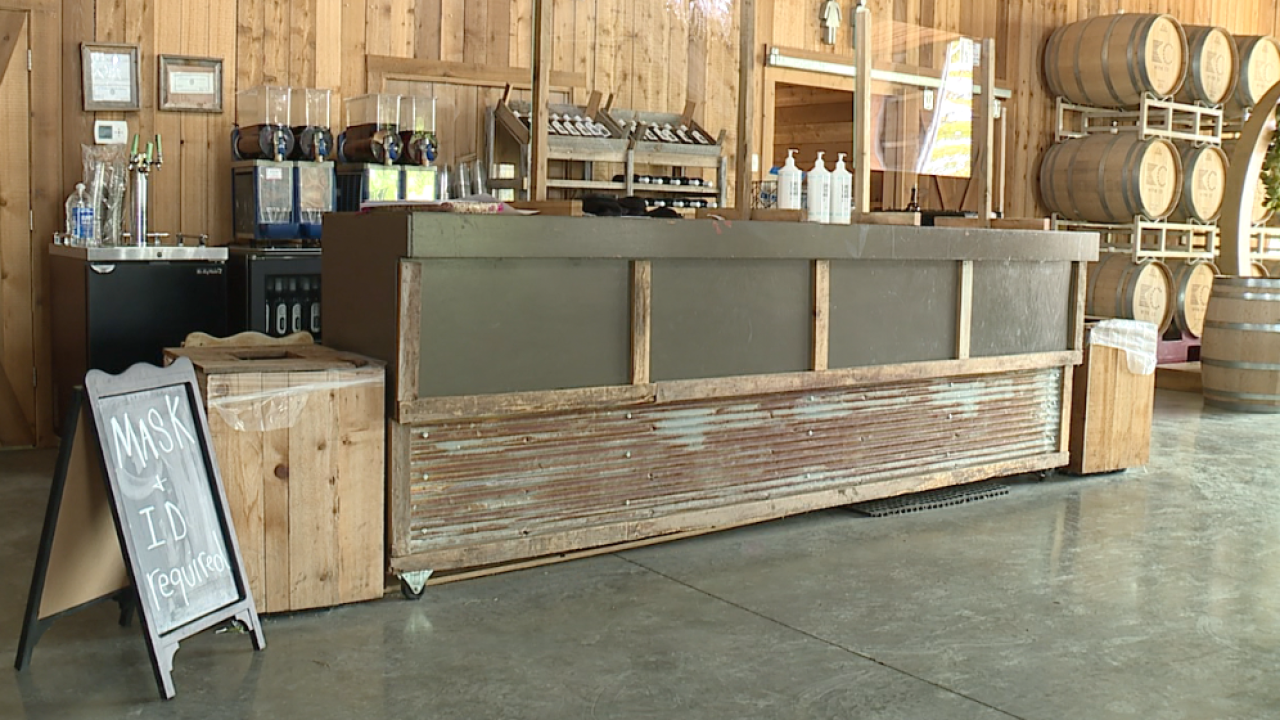 OLATHE, Kan. — The wedding industry was one of the hardest hit by the COVID-19 pandemic.

In April, a Lending Tree survey of engaged couples found 63% of them decided to postpone their weddings, but customers of one local venue learned moving their dates to 2021 wasn’t an option.

Lyndsey Agron and her fiance fell in love with the scenery, the drapery, the chandeliers and the wine at KC Wine Co. in Olathe.

“We really had a gut feeling when we walked in that it was a good choice,” Agron said.

“We signed it without a care in the world, ready to move forward and get married,” Agron said.

However, as their September 2020 date approached, the whole world changed. The pandemic shut down states, and even though they reopened, there were warnings of a second wave.

“We decided in July to start reaching out to our venue as well as our vendors,” Agron said.

She said almost all of the vendors were willing to work with them in the event of a postponement to next year. They could move their deposits to a new date with no penalty.

But she ran into a wall with KC Wine Co.

“Our question around it was do we have the option to postpone and move into 2021 if the state were to shut down,” Agron said.

The answer from the venue? No dates would be offered in 2021.

KC Wine Co. said the wedding could be moved to October or November of this year, but Agron and her fiance turned down that offer and decided to walk away.

They had already made two payments totaling nearly $6,000.

The original contract from 2018 makes no mention of date changes or postponements.

However, it does include a force majeure clause, which says the couple would only get a refund if something happened making it illegal or impossible for KC Wine Co. to hold the event. Right now, as KC Wine Co. pointed out in an email to Agron, it is neither illegal nor impossible to host a wedding.

Johnson County is following the state’s voluntary recommendations, which merely say mass gatherings of more than 45 people are “not recommended.”

“It puts people like us in a tough spot where we’re deciding between thousands of dollars versus the safety of our family, and those shouldn’t be things people have to decide between,” said Studie RedCorn, who planned to have his wedding at KC Wine Co.

RedCorn and his partner Marcia Croft were supposed to get married in July, but in May they decided to reschedule.

The couple initially asked about postponing to 2021, but after learning KC Wine Co.’s policy, they settled for an October 2020 date.

Still, they were uneasy.

“When you get down to it, everybody that we care about, that we really want to be there has to travel a long distance,” RedCorn said.

They decided to cancel, forfeiting the nearly $7,000 already paid to KC Wine Co.

“It’s a lot of money, and now we’re trying to find a new venue, a new date, all on a smaller budget,” Marcia Croft said.

It was a similar story for Haley Cappelli, who canceled her November wedding at KC Wine Co and forfeited the $2,700 already put down. She originally picked the space because it was big enough to accommodate her large family, who no longer felt safe traveling from the East Coast for the event.

“My family not being able to be there is just completely and utterly not an option for me,” Cappelli said.

KC Wine Co. Owner Kirk Berggren met with the 41 Action News Investigative Team to discuss their policy and the safety precautions being taken at the venue.

Those include opening the doors of the large event barn, separating tables by at least six feet, requiring masks and fumigating the building with ozone gas when it’s unoccupied.

“We just decided while it’s still safe and we can provide the environment, we were going to have everyone who had a 2020 date keep a 2020 date,” Berggren said.

According to Berggren, only 5% of their events have been canceled since the pandemic began.

Not only is KC Wine Co. not moving 2020 dates to 2021; they’re also not booking any new weddings for next year.

“We don’t want brides and grooms stressed. We don’t want to be stressed. I would rather take the financial hit than to get involved in that and go through this merry go round for another year,” he said.

Berggren added there’s too much uncertainty, which would lead to more postponements. He doesn’t plan to schedule more weddings until there’s a vaccine and masks are no longer required.

His advice for couples? Don’t wait to start your life together.

“Understand that some people who are close to you are going to choose not to come to the venue,” he said.

Advice for Couples and Vendors

As the pandemic drags on, more and more couples will be faced with the difficult decision to postpone their weddings.

The 41 Action News I-Team went to an industry expert for her advice on reaching a resolution.

“We are hearing more often than not that vendors and venues are accepting postponement dates,” said Jeffra Trumpower, senior creative director at Wedding Wire.

However, those may come with strings attached. For example, couples could be asked to put more money down.

After all, most vendors are small businesses struggling to survive an unprecedented time.

“You have vendors where 63 percent of their revenue comes right before the wedding date or right after,” Trumpower said.

She recommended vendors and couples have face-to-face conversations, either via Zoom or in person, to talk about their options.

“I want to emphasize there needs to be empathy on both sides,” Trumpower said.

It’s also important for both parties to read and understand their contracts.

After Agron canceled her contract with KC Wine Co., she said she asked her new venue for a postponement clause in writing.

In the end, she went ahead with her September date.

“We’ve been very lucky to find a place that’s willing to work with us,” she said.