'Just not fair': Developers get tax break at KCK subdivison

$10-$30 lots claimed for agricultural use 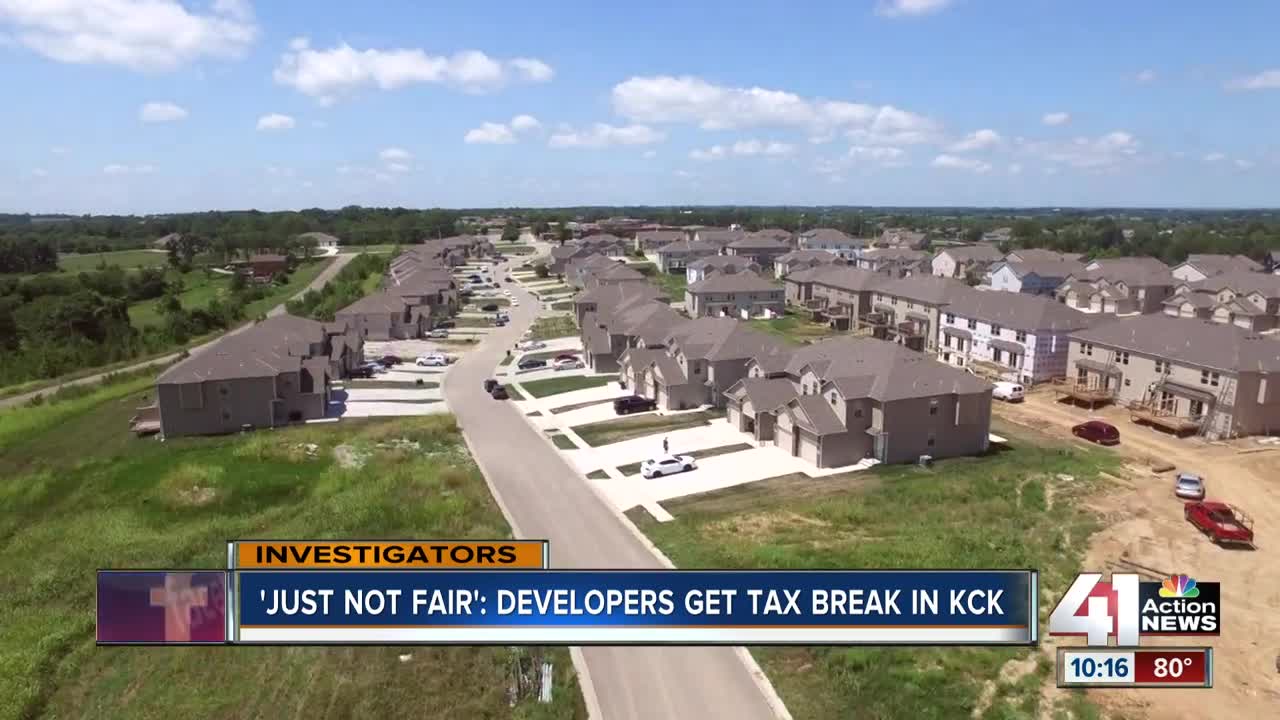 Developers in KCK get to pay very little in property taxes because their land is classified as agricultural. 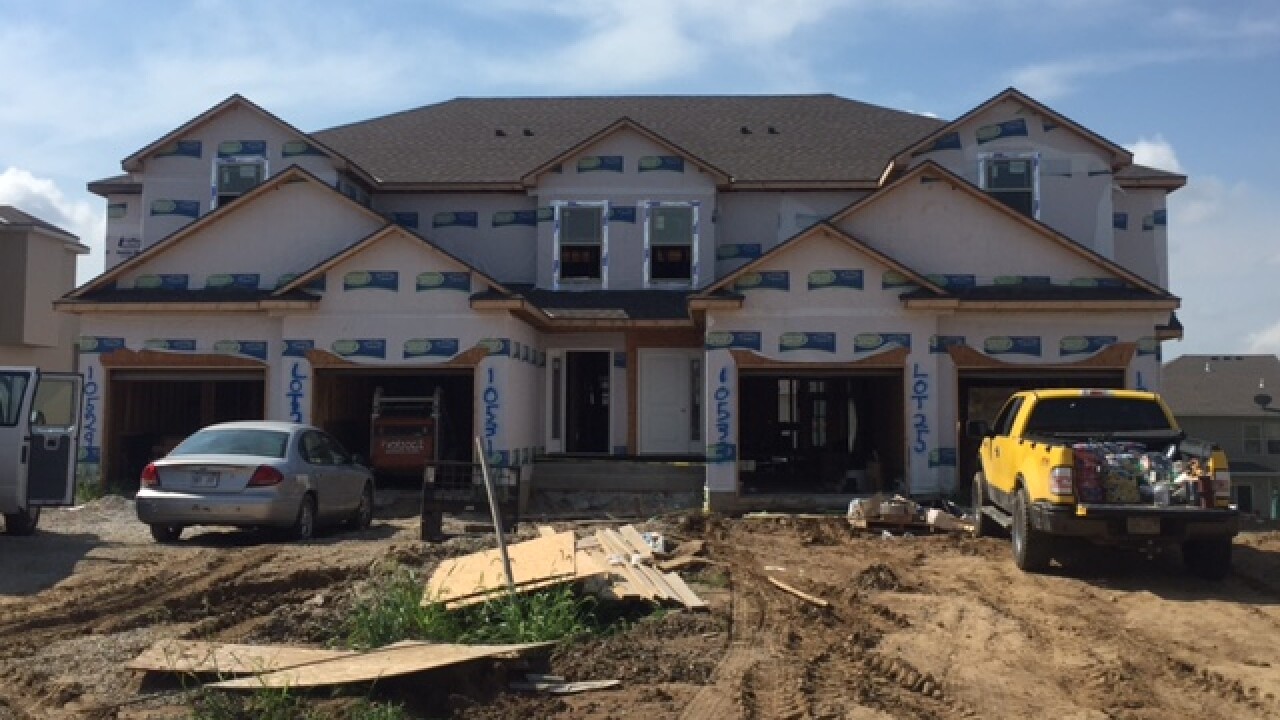 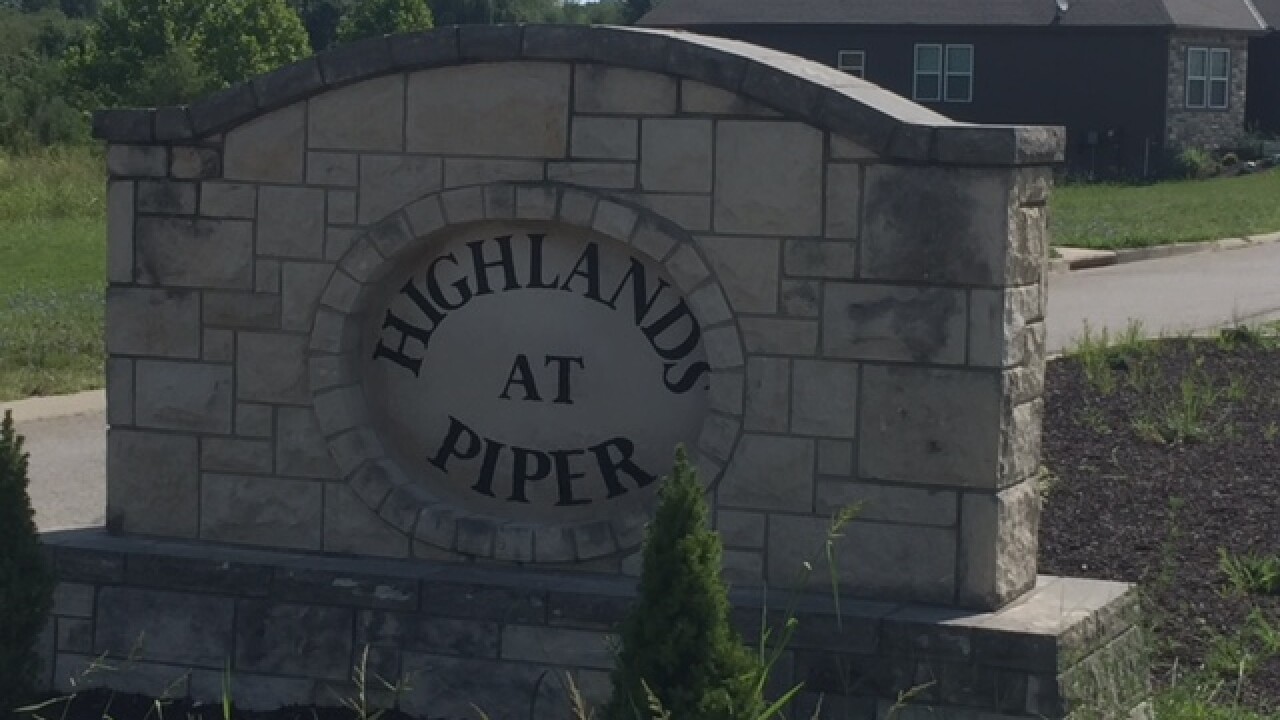 Marcus told the 41 Action News Investigators that in the seven years she's owned her home there, she has seen "a lot of build, a lot of brand-new build.”

Wyandotte County records show there are dozens of other parcels in the same subdivision without homes, mostly appraised in a price range of $10 to $30.

The 41 Action News Investigators found one parcel at 10535 Kane Drive where a fourplex is currently under construction.

It means the taxable assessed value for the last and current year is $3, and the general property tax for the parcel in 2018 was 52 cents.

John Altevogt, a longtime real estate agent in Wyandotte County who’s also studied property taxes, looked at empty lots for sale in the Piper area, where single-family homes range from $250,000 to close to $500,000.

“The cheapest lot I can find is $45,000, and so to appraise it at that level is simply ridiculous,” Altevogt said.

The reason the property at 10535 Kane Drive and other similar parcels in the Highlands at Piper are appraised at $10 to $30 is because they’re getting the dramatically lower agricultural use tax rate, which is set by the Kansas Department of Revenue.

The Wyandotte County appraiser currently lists the property as “farming/ranch land (no improvements),” even though Kane Drive and other infrastructure is in place and construction of the fourplex is currently underway.

“Nobody’s going to run cattle on this. No one’s going to plow this up or plant corn or anything,” said Altevogt, pointing to an empty lot in the subdivision next to a home.

According to Wyandotte County records, the subdivision plat dividing up the Highlands at Piper into small lots for homes was recorded on Sept. 4, 2007.

The 41 Action News Investigators asked Wyandotte County Appraiser Kathy Briney if she could dispute a subdivision with a 12-year-old plat for residential properties as having agricultural land.

But she claims that to a large extent, her hands are tied by Kansas law. Specifically, Briney points to a 2016 law allowing for both residential and agricultural use in suburban developments such as the Highlands at Piper.

That agriculture use can include mowing grass for hay.

“You’ll see a hay bale in the middle of a lot. This is the developers have that figured out," Briney said. "If they claim agricultural use, then they have the right to get agricultural use."

The 41 Action News Investigators asked Briney is she has discretion to determine if there’s agricultural use or not.

“We do that, yes, and we’ve challenged many,” she said.

Seven of them are appraised at no value at all.

Kansas law allows for “common areas” such as retaining ponds and grassy areas or easements between properties to not be taxed at all.

Pinnacle owner Sue Engbroten says once developers add infrastructure such as water, sewer and streets, the appraiser will change the classification from agriculture to residential.

So far, however, that hasn’t happened at 10535 Kane Drive, where the fourplex is under construction.

According to state law, the appraised value of the property is set on Jan. 1 and won't change until the next Jan. 1, regardless of what happens on the property.

Just two weeks later, the developers applied for a building permit on Jan. 15, 2019.

According to Wyandotte County spokesman Mike Taylor, even if the fourplex currently under construction is completed and sold this year, the property tax will be based on the $10 appraisal for all of 2019.

But the appraisal and classification for 10535 Kane Drive will change in 2020.

Briney says any change in use can trigger the change in classification. She says building permits and aerial photography are used to make that determination.

She says major classification changes will be coming for the Highlands at Piper, where development is ongoing, in 2020.

When the 41 Action News Investigators asked Briney what she would tell homeowners in the Highlands at Piper subdivision who are paying high taxes if they complain about developers paying next to no taxes, she said to call their legislator.

When the 41 Action News Investigators asked Engbroten if Pinnacle is using any of its undeveloped lots for agriculture purposes, she said, “We could.”

She also said the tax break is important to developers due to the cost of putting in infrastructure such as water, sewer and roads to put up houses.

Piper High School is right across the street from the Highlands at Piper subdivision. Last year, local voters approved a bond issue to expand the school system by adding a new high school.

It means homeowners like Angela Marcus are paying a higher property tax rate than most of Wyandotte County, while developers like Pinnacle are paying the agriculture use rate.

“Why can’t they pay what the lot is worth? That’s just not fair, it’s not fair to citizens,” Marcus said.

Wyandotte County records show there are 68,202 total real estate parcels. Of those parcels, 1096 — or 1.2% — carry an agricultural use classification.

“Because of legal requirements and due process, each and every delinquent property must be checked and the owners notified," Taylor said. "Then a court hearing is held where a judge certifies the property is eligible for the tax sale. So it sometimes takes time to certify properties which are eligible for tax sales.

“Developers game the system all the time. I suppose it’s good business practice for their bottom line, but it cheats the community out of money for things like cops, firefighters, parks and other amenities, which make the community they are building in a desirable place to live,” Taylor added.

Engbroten didn’t respond to the 41 Action News Investigators' request for an explanation of the unpaid tax bill.