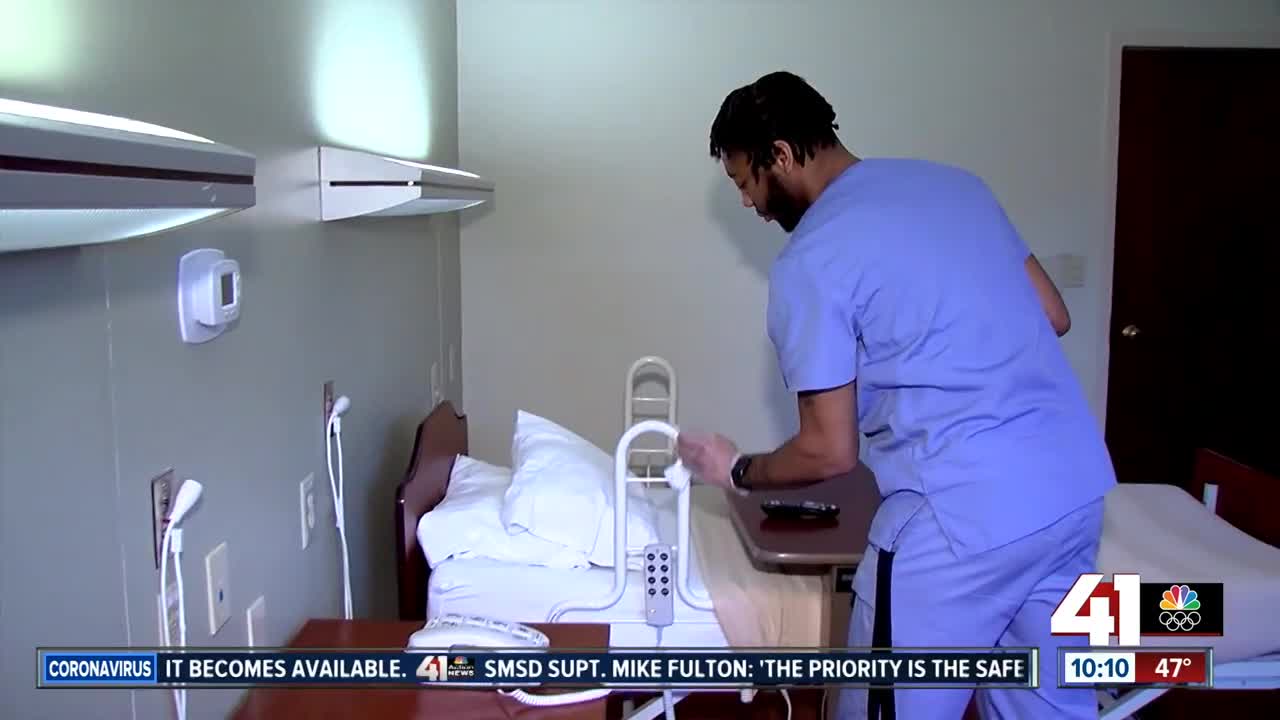 Nursing homes in the Kansas City area are asking visitors to stay away in an effort to prevent the spread of COVID-19.

LEE'S SUMMIT, Mo. — Nursing homes in the Kansas City metro are asking visitors to stay away.

John Knox Village in Lee's Summit is one of several nursing facilities that has recently tightened restrictions due to concerns over COVID-19.

The nursing facility has limited access down to one entrance and is screening people who come into the facility.

Rodney McBride, vice president of community and health services for John Knox Village, said while the decision is left to each individual family member, he encourages visitors not to come at all.

"They're an at-risk population, and we want to protect them and prevent them from becoming ill," McBride said. "It's very important, as everyone knows, the population that is most at risk is the 70-plus population."

McBride said loved ones can use other means, such as FaceTime, to connect with their relatives at John Knox Village.

McBride has worked with the elderly and educated people on preventing illness for 40 years.

At first, he compared the prevention of COVID-19 to that of the flu.

"This seems to be a little bit different than what I've seen in the 40 years that I've been doing this," McBride said. "As it's become a pandemic it's definitely challenging."

As of Thursday afternoon, 39 people have died from the virus in the United States. Twenty-three of those deaths are linked to a nursing home in Seattle.

McBride said volunteers have also been asked to stay away from John Knox Village.

Other nursing homes in the areas are taking similar steps.

It's not clear how long the protocols will be in place or if the spread of the virus will lead to further restrictions.

"You're looking into a cracked crystal ball trying to figure it out," McBride said. "But it definitely has evolved over the past several days."