Text messaging voters on the rise 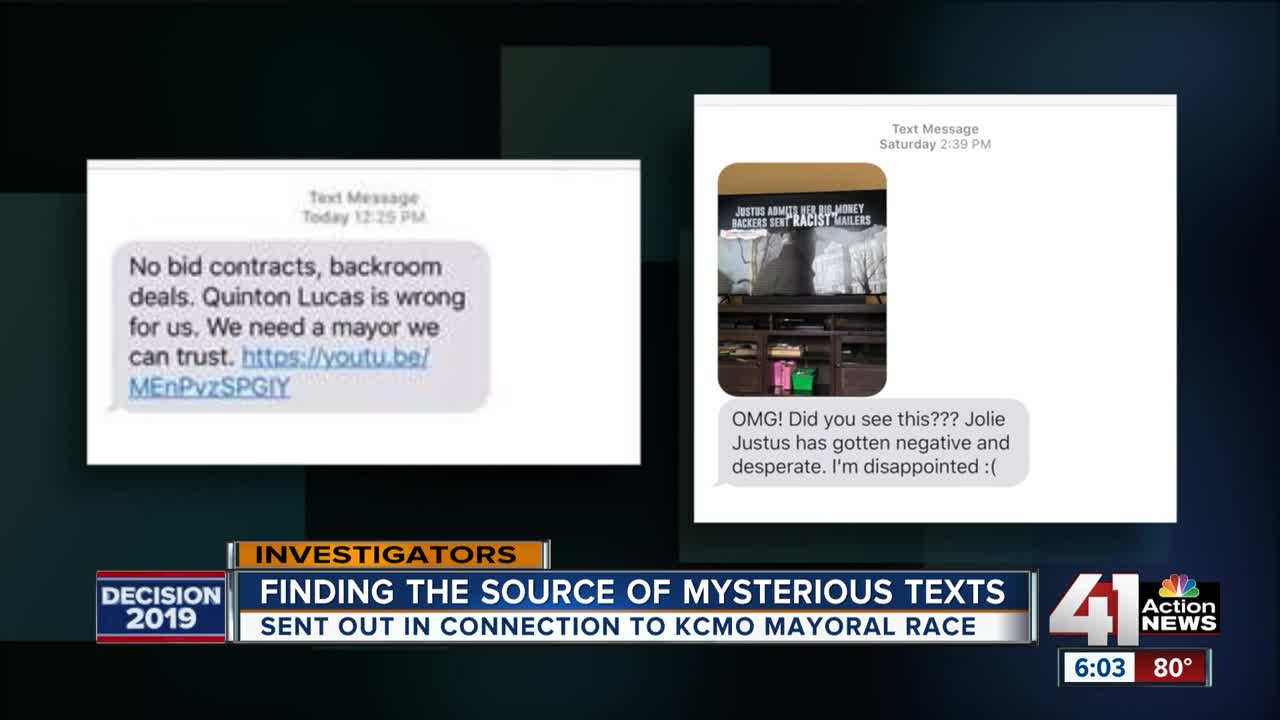 Political text messages have raised questions about who is paying for the attack ads. 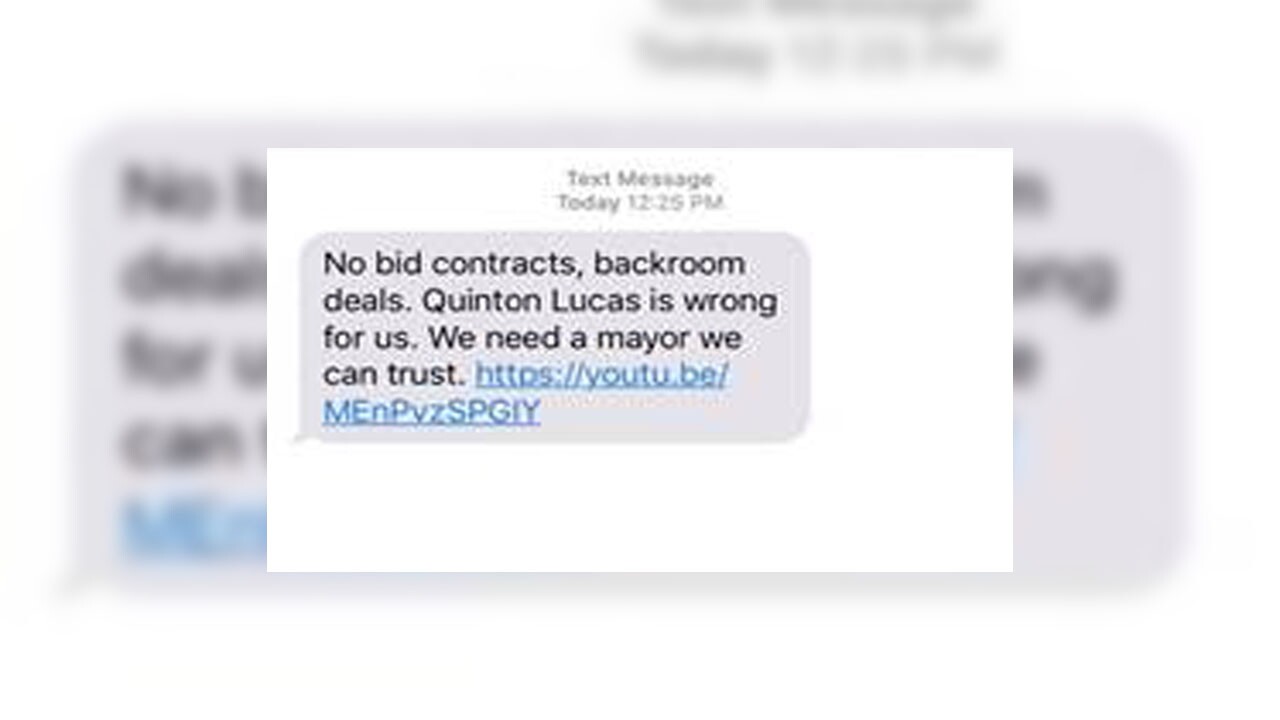 KANSAS CITY, Mo. — Text messages sent at the end of the Kansas City mayor race are raising questions about who's paying for those messages.

Messages criticizing both Jolie Justus and Quinton Lucas have been sent to potential voters in the 816 area code from 816 numbers in the final days of the campaign before Tuesday's election.

The most recent text was sent Saturday with the message "OMG did you see this?? Jolie Justus has gotten negative & desperate. I'm disappointed :("

Above that message is the picture of a television screen showing a political ad with the caption "Justus admits her big money backers sent racist mailers".

Records from the Missouri Ethics Commission show no indication the Lucas campaign paid for the text message.

There's no indication the Justus campaign did either and both campaigns have denied paying for the text.

Recipients of the text could stop the texts by calling the number from the where the text was sent and pressing one.

The message said Remington Research was behind the texts.

However, by Monday, those same numbers from the where the messages were sent were disconnected.

Remington is connected to a Kansas City based consulting firm called Axiom Strategies.

The 41 Action News Investigators reached out to Axiom to get information about the text message.

So far, there's been no response.

Political ads in other media, like TV and mail, require a disclosure stating which campaign organization or political action committee (PAC) paid for it.

Text messaging is regulated by the Federal Communications Commission, or FCC.

Spam texting laws can be avoided by having individuals text other individuals.

The recent text states, "No bid contracts, backroom deals Quinton Lucas is wrong for us. We need a mayor we can trust."

Lucas campaign manager John Stamm said while he believes Justus isn't responsible for that text, he does say it follows a pattern of negative campaigning for Justus and groups connected to her.

He sent several examples of mailers and messages.

While the money sources for both the anti-Justus and anti-Lucas text messages weren't disclosed, text messaging is becoming an increasingly popular way to reach potential voters.

A New York based organization called Build the Wave states on its website it sent 2 million text messages in 2018 alone in an effort to elect Democrats to Congress.