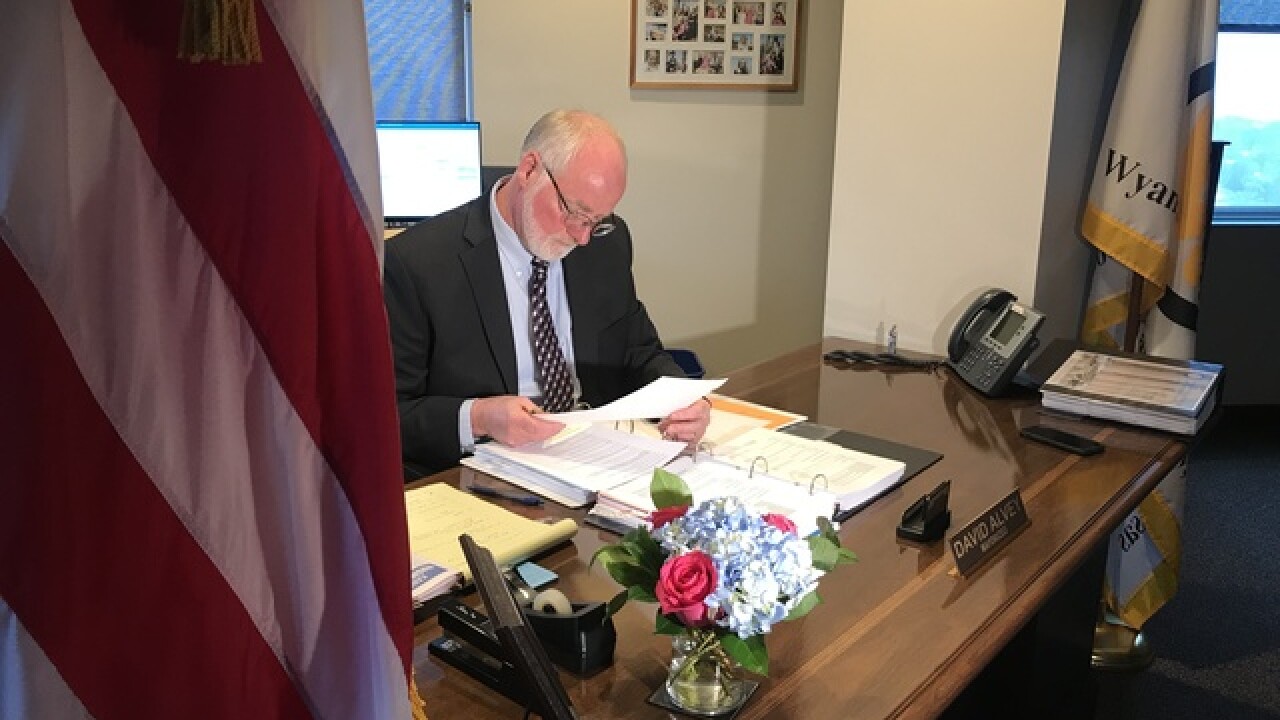 This time, in a statement issued Friday afternoon, Alvey apparently calls out a colleague for being politically motivated for criticizing the deal.

On Thursday, Commissioner Ann Murguia  told the 41 Action News Investigators she has concerns about the two year lease Chief Zeigler signed to rent the Unified Government owned lake house as his private residence.

She also says it was a mistake to wait to have Zeigler sign the two-year lease nearly eight months after he moved into the lake house.

In a response on Friday afternoon, Alvey doesn't name Murguia, but comes close:

"I would simply comment that it is my opinion that some individuals in our community continue to amplify this story in what seems to be an effort to discredit our County Administrator and our Police Chief, and that they are doing so for their own political purposes. Wyandotte County deserves to be served by elected officials, staff and citizens who have higher purposes at heart and in mind."

"As a result of County Administrator Doug Bach's decision, our Kansas City, Kansas Police Chief has performed extensive renovation on a dilapidated structure at minimal cost to the Unified Government. This renovation has transformed an uninhabitable property into a community asset. I don't find anything in that decision to criticize."

As part of that deal, Zeigler has been given thousands of dollars in rent credits for supplies, labor and gas mileage to fix up the property.

Because of those credits, Unified Government records show Zeigler owes less than $1,300 in rent for the remainder of his two year lease which expires at the end of 2019.

"Several citizens have brought legitimate concerns to me regarding the former Park Ranger structure at Wyandotte County Lake. Our citizens deserve to know what I think about the agreement between the County Administrator, Doug Bach, and Terry Zeigler, the Chief of Police."

"The facts are these: the house sat vacant for 9 years and was in a state of deterioration when Mr. Bach and Chief Zeigler entered into a good-faith agreement to renovate the structure. The house, once blighted, has been improved at minimal expense to taxpayers, has become an asset that is owned by taxpayers, and will provide either a source of rental income to the taxpayers or even perhaps lodging for security personnel. The agreement was done in accord with the authority granted to the County Administrator by the Charter of the Unified Government, and I believe it was done ethically and in the best interests of the citizens of Wyandotte County."

But at that time, no lease had been signed and the Unified Government never sent her any verification of the deal.

Witt has filed a lawsuit demanding, among other things, to have the lease deal voided.

Copyright 2018 Scripps Media, Inc. All rights reserved. This material may not be published, broadcast, rewritten, or redistributed.
Know of something we should look into? Leave us some info below.