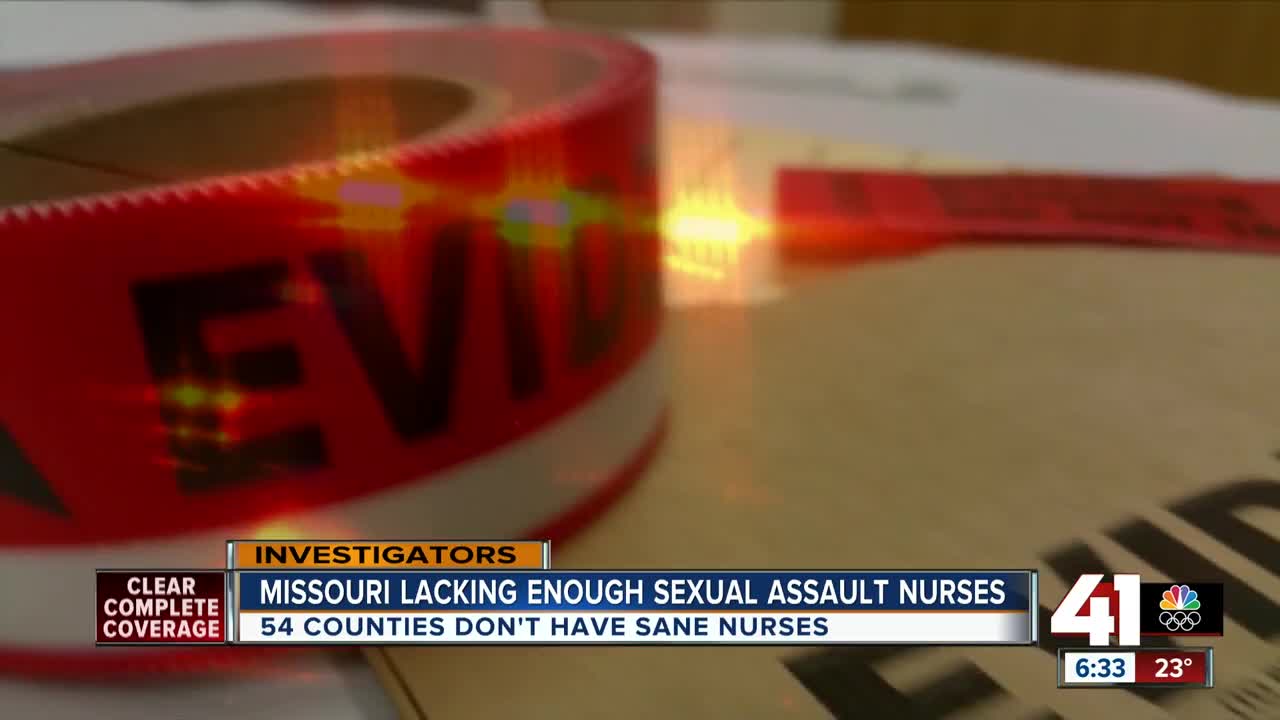 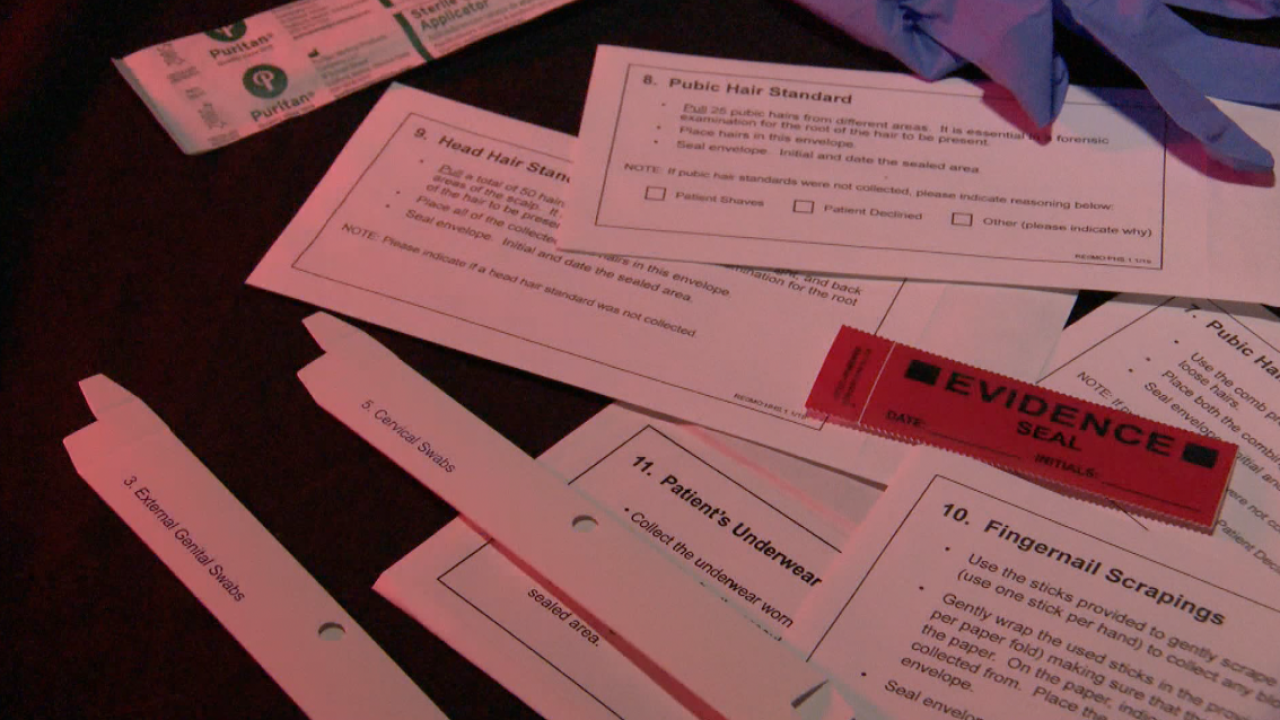 KANSAS CITY, Mo. — When a sexual assault occurs, collecting evidence can make the difference between prosecution and a suspect walking free.

In February 2016, she was living in an apartment in Independence.

"Being a single mom, I thought the top floor was probably the safest bet," Hirth said.

That illusion of safety was shattered late one night.

"I woke up to hands on my mouth and somebody standing over me," she said.

Hirth said she remembers at least three men assaulting her for more than two hours. Her 2 ½-year-old daughter was nearby, holding her hand during part of the attack.

"My entire being was focused on just keeping her safe and getting out of it alive," Hirth said.

They survived, but their nightmare was far from over. Police questioned Hirth, then she and her daughter were taken to the hospital.

"She was phenomenal,” Hirth said. “She gave me as much control, as much of a heads up as she could about everything she did.”

But many survivors in Missouri are not able to get that support.

"There is a shortage in Missouri," Helen Sandkuhl, an administrative director of nursing at Saint Louis University Hospital, told NBC affiliate KSDK.

Sandkuhl has trained hundreds of SANEs in Missouri and Illinois, and she was previously an ER nurse in St. Louis, where she recalled working about 1,000 sexual assault cases.

In her experience, she said that more perpetrators are placed behind bars when a SANE performs and exam and testifies in the case.

"You get better evidence collection,” Sandkuhl said. “The patient gets taken care of better.”

However, 41 Action News Investigators found 54 counties across Missouri that do not have SANEs on staff, including Johnson, Caldwell, Clinton, Linn, Bates and Ray counties near Kansas City.

At least 18 hospitals statewide are without the specially-trained nurses on staff.

In the Kansas City area, many hospitals without SANEs on staff are covered by a nonprofit called Collection of Victim Evidence Regarding Sexual Assault (COVERSA), which hires SANEs as independent contractors.

According to its website, COVERSA has examiners at sexual assault outreach centers at more than a dozen locations around the metro like Cass Regional Medical Center, Excelsior Springs Hospital and Liberty Hospital.

In some rural areas, victims have to travel or wait hours for a SANE to come to them, which is a hurdle some are unable to tackle.

"Not only does that not help them psychologically, but all of the evidence that may be used to put this perpetrator away is then lost," said Missouri State Sen. Jill Schupp (D-Creve Coeur).

But Schupp is taking the fight for access to Jefferson City.

In January, she filed the "Justice for Survivors Act," which would establish a statewide telehealth network of sexual assault nurse examiners. That network would be available 24/7, seven days a week.

"Somebody can dial in, and the SANE nurses are there to walk the hospital personnel, the nurse or the doctor providing the exam, through the program to make sure this evidence is collected appropriately," Schupp said.

The legislation also would require all hospitals to provide a forensic examination upon request of a survivor.

There's also a push on the federal level for more resources.

In 2016, Sen. Patty Murray (D-Wash.), along with a group of Democratic senators that included Claire McCaskill, introduced the Survivors' Access to Supportive Care Act (SASCA).

As first introduced, the legislation would direct the Department of Health and Human Services (HHS) to create a standardized training and continuing-education program for health providers nationwide. The bill also called for a pilot grant program to expand medical forensic exam training, with a focus on expanding access in rural areas.

Murray reintroduced the bill with a bipartisan group of senators in 2019. It was read twice and referred to a committee.

If you are a survivor in need of confidential support and resources, contact the National Sexual Assault Hotline at 800-656-HOPE (4673). The hotline can direct you to a local health facility with staff trained to perform sexual assault forensic exams.