John Hobbs claims abuse for more than a decade 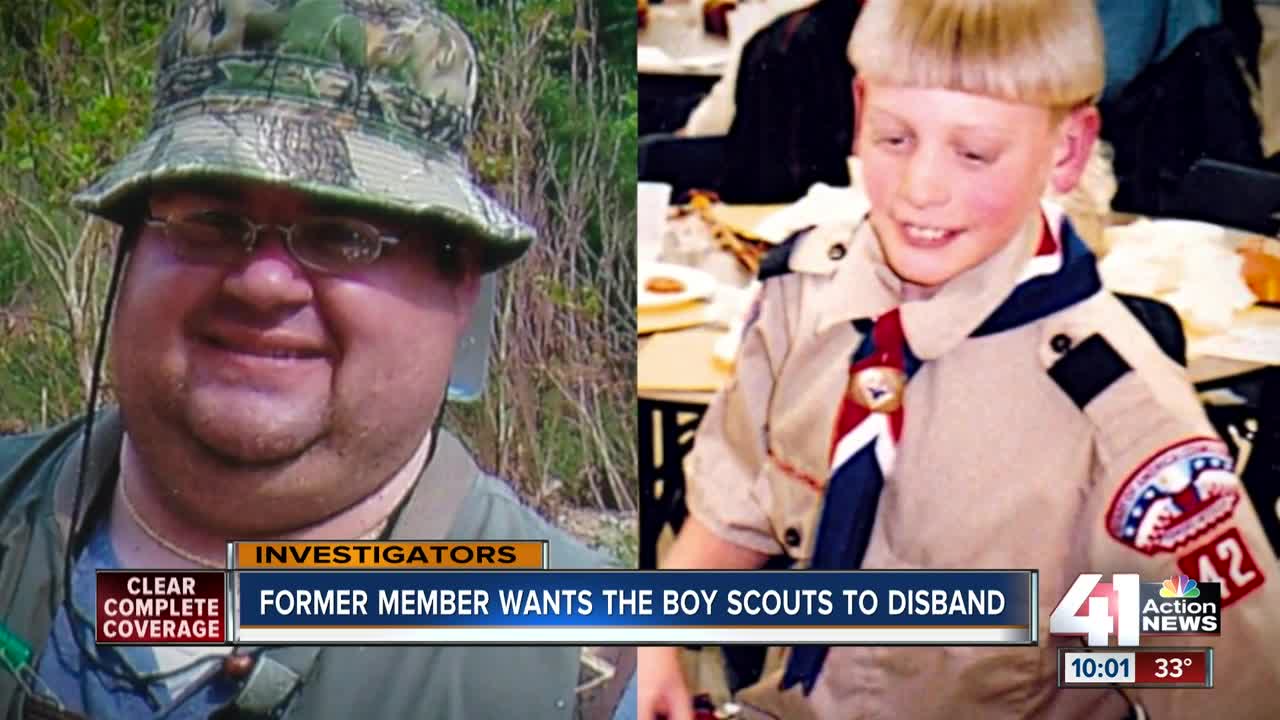 John Hobbs estimates he was sexually abused close to 200 times over more than a decade. The now former Boy Scout, who also worked for the organization, says it’s time for the Scouts to be disbanded and start over. 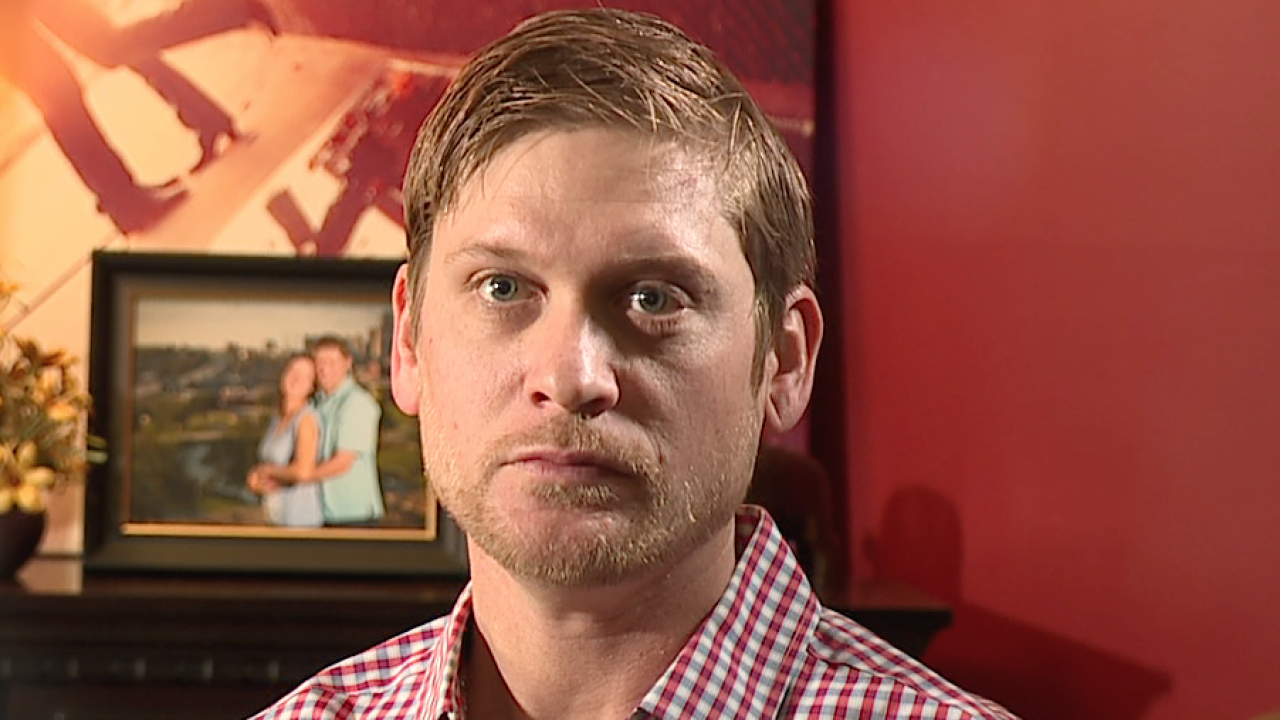 LEE'S SUMMIT, Mo. — John Hobbs estimates he was sexually abused close to 200 times over more than a decade.

The now former Boy Scout, who also worked for the organization, says it’s time for the Scouts to be disbanded and start over.

“It’s hard to put even into words the amount of trauma that I’ve been through,” Hobbs said.

Hobbs, 34, of Lee's Summit, has decided to come forward publicly to expose what happened to him and how the Boy Scouts of America (BSA) responded to his problems.

Hobbs and his friend, Dylan Allen, are working on a documentary called “Scout’s Honor,” and they’re raising money to go toward the film.

Hobbs was just 11 years old and a new Boy Scout when he met Assistant Scout Master and Medical Resident Dr. Joe Mackey in 1996.

“He kind of took a special interest in me it seemed after a few years,” Hobbs said.

Mackey became his personal doctor, prescribed heavy duty anti-anxiety drugs for him and gave him hard alcohol, all so Mackey could repeatedly molest him, Hobbs says.

“There was touching, there was mouth-to-mouth contact by him and me, both things like that. Later in a medical setting, he was doing things like, say, 'I've got to remove some of the hemorrhoids,' or something,” Hobbs said.

When the 41 Action News Investigators asked Hobbs if he ever thought at the time that any of that behavior was inappropriate, he responded, “You know I didn’t.”

Hobbs says he continued to trust Mackey, even into adulthood.

Additionally, Hobbs says Mackey helped him land a job with the Boy Scouts.

Then, Hobbs says Mackey tried to touch him sexually one time after Hobbs was married.

“That’s kind of the straw that ultimately broke the camel’s back, thank goodness,” Hobbs said.

After telling his wife and family what had had happened to him over a decade, Hobbs went to authorities to report the sexual abuse.

In 2017, Mackey pleaded guilty to one sodomy count for his actions against Hobbs and served four months of a five-year prison sentence before being released.

“The fact that he hasn’t left town, that he’s just down the road, is terrifying to me,” said Megan Hobbs, John’s wife, in the Dylan Allen-produced YouTube video.

Hobbs is far from alone in his experiences.

After a lengthy investigation seven years ago, 41 Action News and its parent company, The E.W. Scripps Company, revealed accusations that BSA leaders across the country molested at least 2,000 Scouts between 1970 and 1991.

The same investigation found BSA leadership failed to report those accusations to law enforcement 72% of the time.

"When a victim actually comes forward and presents a case of claim, BSA attacks them,” Hobbs’ attorney, Randy Rhodes, said in a lawsuit.

Rhodes says he’s heard from at least 100 men who claim they were molested by Scout leaders.

Shore committed suicide two years ago. Hobbs is in ongoing therapy that he expects will continue for the rest of his life.

Hobbs says he’s never had suicidal thoughts but has relied on alcohol in the past.

Neither Hobbs nor Shore’s estate has collected any money so far from those lawsuit judgments.

"Both cases that I had they defended very aggressively and did everything they could to get out of the case,” Rhodes said.

However, the organization provided a written statement that says, in part, “The Boy Scouts of America is working with experts and exploring all options available so we can live up to our social and moral responsibility to fairly compensate victims who suffered during their time in scouting.”

As one possibility, BSA is considering filing for bankruptcy.

"There may be a bright side if there is a bankruptcy,” Rhodes said.

A bankruptcy could force BSA to compensate victims and to restructure.

Hobbs has inside knowledge of BSA, both as a former Scout and an employee working for the organization.

In its statement, BSA said any changes to the organization would be done “while also ensuring that we carry out our mission to serve youth, families and local communities.”

When the 41 Action News Investigators asked Hobbs if BSA is still salvageable and if it could serve that mission in a positive way, he said, “As it stands today, no I don’t.”

BSA also said the organization has background checks in place and mandatory training for all volunteers, and it requires mandatory reporting to law enforcement of inappropriate behavior. It also has banned one-on-one interactions.

Additionally, the Scouts have a 24/7 helpline to access counseling and to report problems.

But Rhodes says those policies have been in effect for roughly 20 years, and very little has changed since that time.

“There has to be some criminal accountability to the people that have not just been enabling this, but also covering this up covertly,” Hobbs said. “The only way to get change is to get in front of these courts that can say hey, you can go to jail for this, and that’s when we’ll get people’s attention.”