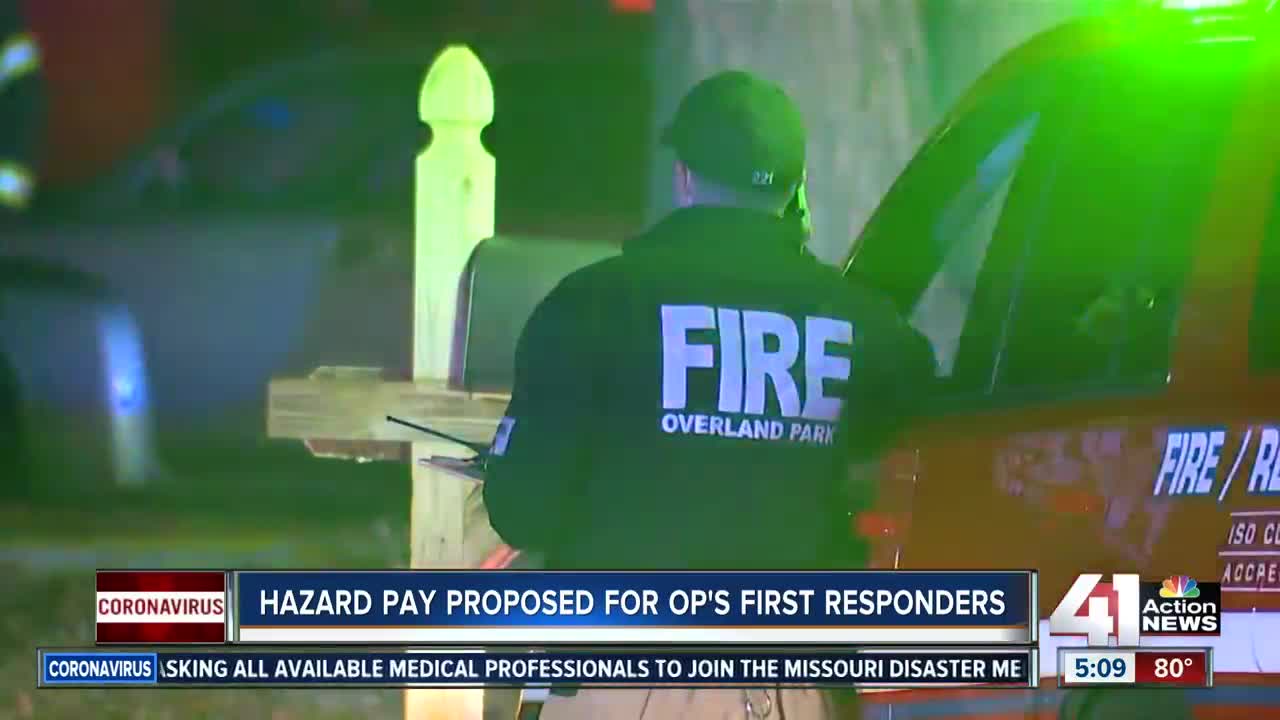 Hazard pay has been proposed, but not yet approved, for first responders in Overland Park. 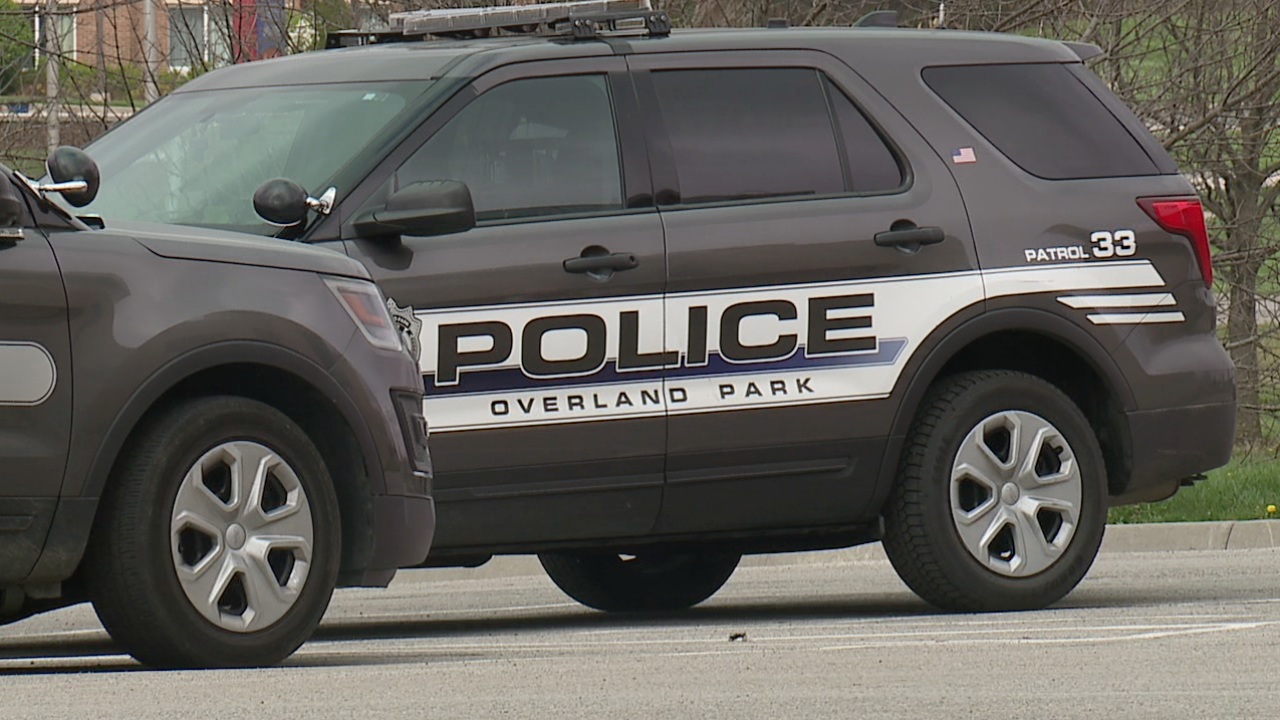 Council members Scott Hamblin, Gina Burke and Doctor Faris Farassati are proposing an extra $500 a month for each first responder retroactive to March 15.

The hazard pay would last until state leaders declare an end to the pandemic shutdown.

"As a virologist, I can tell you that the probability of catching this virus is high for first responders. We're talking about a few hundred thousand dollars maximum for the most deserving people who are getting out there and helping our residents," Farassati said.

However in an email Friday, Overland Park Fraternal Order of Police Lodge 21 President Mike Mosher wrote, "We are scared of an invisible enemy we can't fight."

In the email, Mosher noted two of FOP's members had coronavirus exposure and had to isolate themselves from their families for at least 72 hours.

Police Officer Dylan Riddle, in an email he sent to every member of the Overland Park City Council, noted a recent poll shows more than 92 percent of the people surveyed believe first responders should be receiving hazard pay during the COVID-19 pandemic.

"With regard to hazard pay, that could be something that could potentially be discussed somewhere down the road. This is really not the time to be having this discussion. I think our city employees, first responders included, understand the situation that we're in," Lyons said.

Ebel projects a $25 million tax revenue loss this year out of the city's $138 million operating budget.

For that reason, Ebel has already frozen pay raises for all city employees and furloughed 200 part-time workers.

An effort by Farassati, Hamblin and Burke to reverse Ebel's pay raise freeze for at least first responders failed at Monday night's meeting.

"Now is not the time to be looking at handing out pay raises to employees. When you look around our city and we have thousands of people losing their jobs. The city council does not have any authority to override or supersede that in any way. I don't feel like we should be interfering with the decisions the city manager makes," Lyons said.

"That kind of reasoning is when you just want to hide behind somebody else. If you feel that you have no power, please do not run for office with all due respect," Farassati responded.

He also believes a united front from the council would likely change Ebel's mind.

Farassati, Hamblin and Burke plan to introduce the hazard pay proposal at the next city council meeting.

"At this time when we're trying to figure out how to maintain our basic services in our city, that's not an appropriate thing for us to be considering," Lyons said.

Lyons also said he doubts the hazard pay proposal will get council support.

As for the cost with the projected $25 million budget shortfall, Farassati said, "Let that $25 million become 25 and a half, let that become $25 million plus $200,000 to support our first responders. If we mean to support these people beyond words, it's the time to do it. This will not break the finances of the budget of Overland Park," he added.

Lyons said he might consider going forward with pay raises and hazard pay at a later date.

But he doubts the city will bounce back until, at best, next year when it might be considered.

Ebel also said Monday night he expects the city's $160 million investment in the police and fire pension plans will drop by 20 to 25 percent this year.

He said instead of of the city's usual $1 million annual contribution to that fund, he expects the city will have to contribute $3 million to $3.5 million next year to make up the difference.