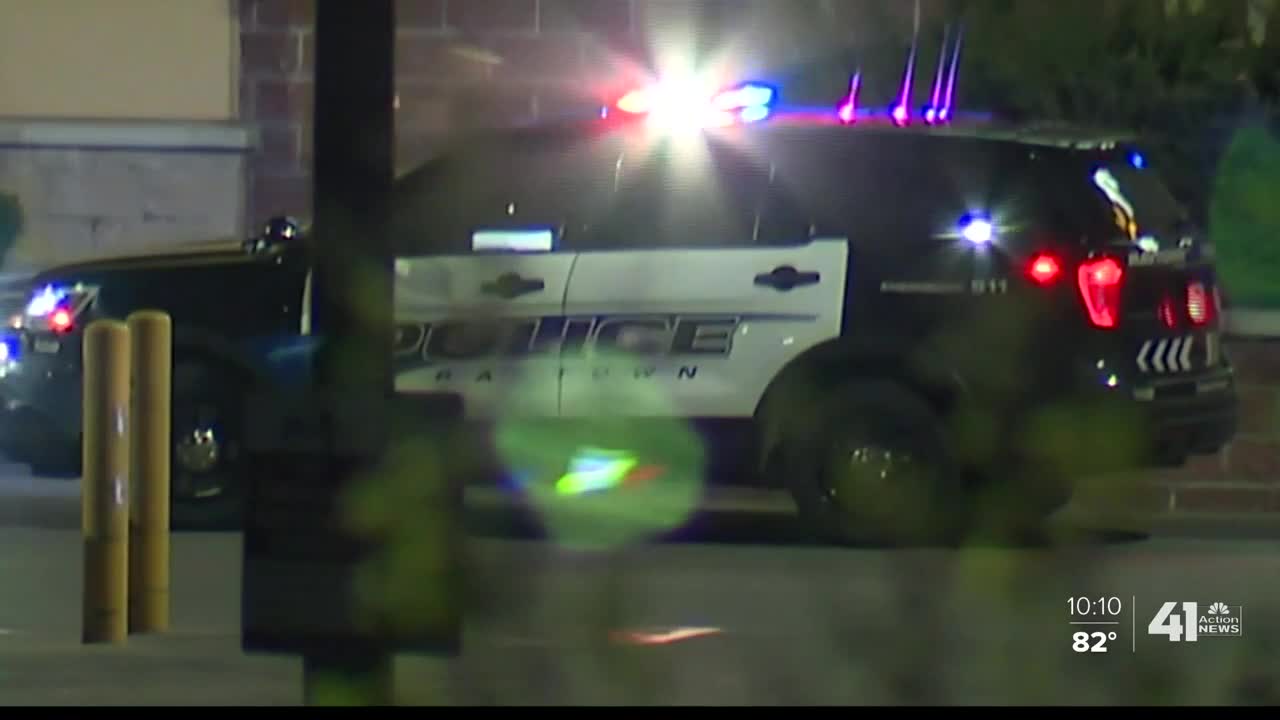 When an officer is involved in the death of another person, what happens next falls on the shoulders of prosecutors. "She has a blindfold on because everyone should be treated the same," Johnson County District Attorney Steve Howe said.

That includes those tasked with protecting us.

When an officer's actions lead to the death of another person, it's typically up to prosecutors to decide if criminal charges should follow. The 41 Action News I-Team sat down with prosecutors on both sides of the state line to shed light on their procedures.

In both Jackson County, Missouri, and Johnson County, Kansas, prosecutors' involvement begins at the crime scene.

"Since I've taken office, my chief deputy has been the one who gets called out to the scene. I usually have the chief investigator from my office also go out on the team," Howe said.

He believes it's important to be involved early on in the process so his office knows how the investigation was conducted and what the relevant facts are of the case.

Jackson County Prosecutor Jean Peters Baker takes a similar approach. She tries to go to as many officer-involved shooting scenes as possible.

"It's such a very fragile trust, and I'm cognizant of that, and I don't want to lay that at the feet of someone else," Peters Baker said.

If she can't make it, the prosecutor sends a representative from her use of force team. Members of the team are well-versed in the law surrounding these types of cases.

In Jackson County, practices vary when it comes to who investigates a use of force incident.

In April for example, an off-duty Raytown police officer shot an armed man at a Walmart. The Missouri Highway Patrol was called in to investigate.

Meanwhile, KCPD has been investigating its own incidents. However, Mayor Quinton Lucas announced Thursday that moving forward, all officer-involved shootings and certain use of force incidents will be reviewed by outside agencies. The measure was approved by the board of police commissioners in an emergency meeting.

In Johnson County, an officer-involved shooting investigative team is brought in to review deadly use of force incidents. Those investigators come from outside agencies.

"Quite honestly it gives the public a sense of security knowing it's not their buddies investigating them," Howe said.

"In officer-involved cases, they do take a little more time because officers have a certain provision through their union contracts that we must abide by. Officers get additional time before they make a statement," Peters Baker explained.

It also takes time for prosecutors to decide which charges to bring, and that comes down to intent.

"We have reckless conduct, meaning that the person was reckless in committing the crime of murder. Then you have intentional conduct, so if the person intends to kill the other person," Howe said, "Then you have premeditated, which is I planned on killing the individual."

Self-defense is a crucial consideration. In Kansas there are 10 different statutes dealing with use of force and self defense.

"There are several Supreme Court decisions that say that if you don't look at the person's right to defend themselves before arrest, it will result in the dismissal of the case flatout," Howe said.

In a recent high profile case, Howe declined to bring charges against the officer responsible for the death of an Overland Park teen in January 2018. His office determined the officer was justified in opening fire because he feared for his life.

Use of a Grand Jury

Prosecutors can make the decision to bring charges against an officer, or they can take their evidence to a grand jury and allow them to decide whether or not to return an indictment.

"A grand jury is secret. By statute you cannot discuss what goes on in a grand jury," he said.

Peters Baker expressed the same concerns about secrecy. She says her office modified the process in 2013, and the protests in Ferguson led to more changes.

"Prosecutors should not hide behind a grand jury, and they also should only use it when it is the only path they have forward," Peters Baker said.

Recently she relied on a grand jury to bring excessive force charges against two KCPD officers involved in the May 2019 arrest of Brianna Hill.

Peters Baker said she had to go that route because KCPD did not submit a probable cause affidavit to her office. Chief Rick Smith said his investigators had determined there was no probable cause the officers had broken the law, thus negating the need for an affidavit.

Regardless of how charges are brought, it's a unique position for prosecutors; going to court against officers who normally solve crimes, not commit them.

"It's not something we like to do, but one of the things that as a prosecutor you learn you have to do is you have to take the emotion out of it. Our decisions should be objectively made based on the facts and the law," Howe said.

Because justice is supposed to be blind.

The 41 Action News I-Team also reached out to Wyandotte County District Attorney Mark Dupree for this story, but he was not available.