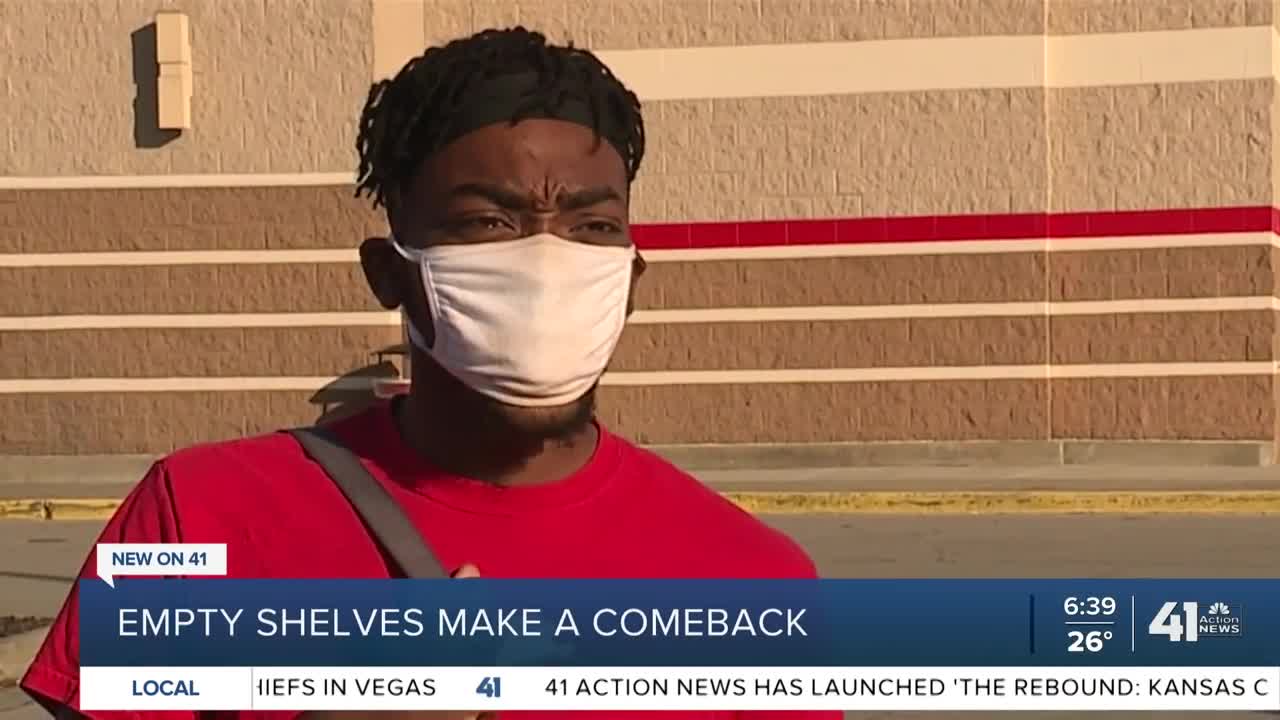 Stores are once again seeing shortages caused by the pandemic. 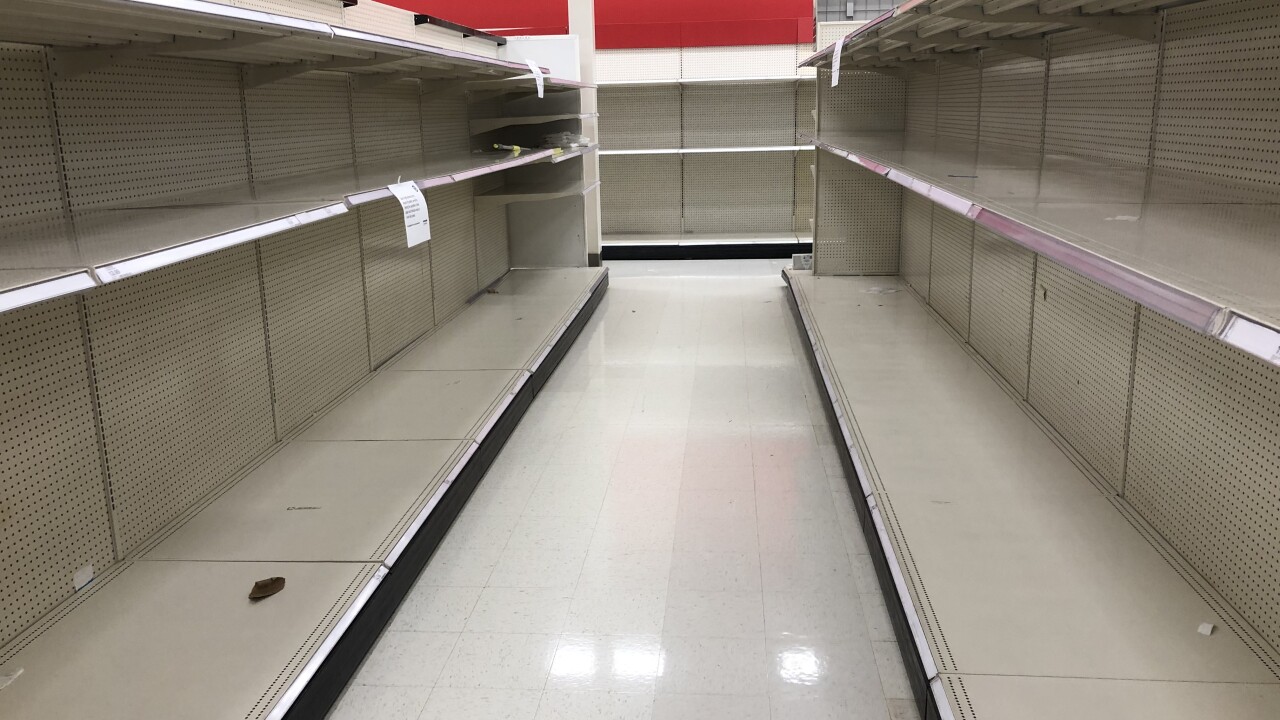 KANSAS CITY, Mo. — Essentials like toilet paper, paper towels and disinfecting wipes are once again disappearing from shelves, which is inducing deja vu for some consumers.

"We've been in this since what, March? And we're right back where we started," said Lewis Jones, a shopper at a Target in the Northland.

Research company IRI reported 21% of shelves that stock paper products are empty as of this week, and that is the highest level in at least a month.

At the same time, 16% of shelves that stock cleaning supplies are empty.

Some stores have again posted signs informing customers how much of a certain product they're allowed to buy.

"The stores are putting limits on everything from peanut butter to canned tuna and paper towels to Purell," Burt Flickinger III, a retail industry analyst and Managing Director of the Strategic Resource Group, said.

Demand on these products is up because of the surge in COVID-19 cases, as well as the upcoming holiday season.

As part of its coronavirus response, Target said it's sending more inventory to stores than ever.

The company is also "coordinating stores, distribution centers and suppliers" so essential items are "fast-tracked through the supply chain and prioritized for re-stocking."

41 Action News employees also found limits on toilet paper and paper towels at the Price Chopper store in Brookside and at one in Overland Park. However, the shelves were full at those locations.

Price Chopper Enterprises did not respond to our request for an interview about its supply chain and the limits imposed.

But Flickinger, said Price Chopper is a good place for shoppers to start when looking for essentials that may be out of stock elsewhere.

He also suggested Hen House, Sun Fresh and any other stores that are members of Associated Wholesale Grocers (AWG), a retailer-owned grocery distributor based in Kansas City, Kansas.

"They have their own warehouses. They own their own inventory. They invest in extra inventory, and they stock the shelves daily and nightly," Flickinger said.

Aldi was another recommendation he made.

Meanwhile, some stores are not instituting purchasing limits at this time. Hy-Vee is one of them.

"Our distribution centers began stockpiling supplies this fall in anticipation of a potential spike in cases. We will continue to monitor the situation and consider limits if necessary to ensure we have plenty of items," Dawn Buzynski, Director of Strategic Communications, wrote in an email to 41 Action News.

An end in sight?

Flickinger says the root of the problem is that manufacturers aren't making enough product.

He listed several factors behind it, including "no raw materials, insufficient working capital, no outside inventory" and a shortage of trucks and drivers.

There's also the fact that brand suppliers have reduced their manufacturing footprints over the years by closing plants.

Those problems won't be fixed overnight.

"Probably really not until sometime between Memorial Day and Labor Day of 2021 where we will have sufficient inventory," Flickinger said.

Clorox said in August that shortages of its wipes and other products would continue into 2021.