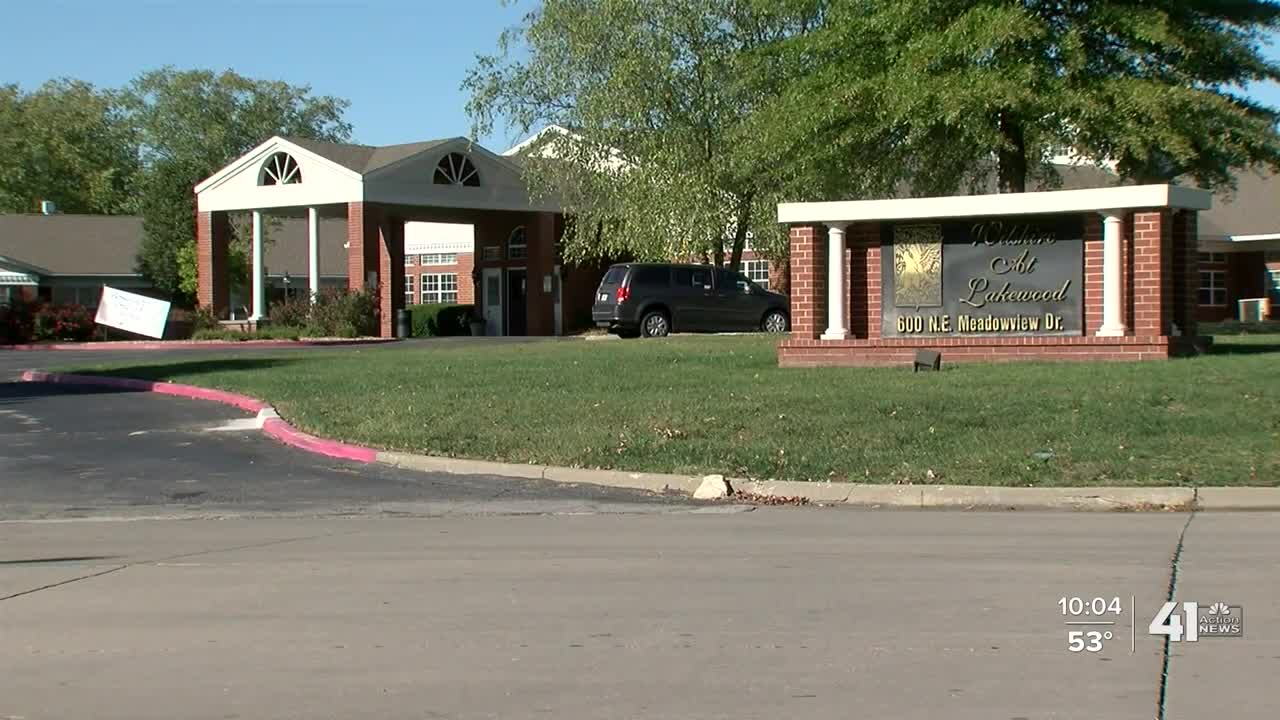 Brian Smith’s mother Darlene was one of 137 residents and staff to test positive for the virus during the outbreak at the Wilshire at Lakewood Care Center in Lee’s Summit.

Smith said Darlene suffers from chronic obstruction pulmonary disease (COPD) and has been a patient at Wilshire since January.

"With all the falls she was having, we had to put her in a nursing home," he said.

According to Smith, Darlene contracted COVID-19 in September.

"She was more concerned about passing away. Her health and getting the right treatment that she needed. She was afraid she would have to go to the hospital and be on a ventilator," he said.

State records the 41 Action News Investigative Team obtained show Wilshire at Lakewood Care Center has had four different COVID-19 surveys conducted for the Federal Centers for Medicare and Medicaid Services since May, including three from mid-August through September.

The surveys’ results show the nursing home was found in compliance for virus containment protocols all four times.

According to federal guidelines, a new COVID-19 survey is triggered with three or more new cases since the last report.

In a statement from Wilshire Administrator Bart Davis last month, he said there were zero active COVID-19 cases for residents of the 170-bed facility.

Overall, Davis said 89 residents have had the virus and another 48 staff members for a total of 137 cases.

However, because the center hasn’t had a new case in 28 days, or two virus incubation periods, the Jackson County Health Department no longer lists Wilshire as an active outbreak site.

Davis also said not all the staff and residents who tested positive displayed symptoms.

But he said all those people were quarantined according to guidelines from the Centers for Disease Control and Prevention (CDC), state and local health departments.

“I believe isolating her into a different room by herself was a good thing. If her health condition got worse and the breathing was really bad for her, I would’ve wanted her to go to a hospital,” Smith said about his mom.

Wilshire is far from alone in dealing with the pandemic.

According to Jackson County Health Department records, as of Thursday morning, of the 684 COVID-19 cases listed at active outbreak sites, 499 of them or just under 73 percent were at senior living facilities like Wilshire.

However, those same records show the spike Johnson County cases in the last month is largely not related to senior living facilities, where the numbers of new cases have remained relatively flat over several months.

One ongoing issue for people like Brian Smith is being able to spend any time with his mom.

The only way he’s been able to see Darlene is outside through a fence line, and only after signing a waiver stating he wouldn’t sue Wilshire if he contracted COVID-19.

Over the course of the last five months, that number has climbed to 14,864 cases as of Thursday resulting in 165 deaths or 1.1 percent of the unique positive cases.

The Johnson County Health Department has seen a similar ongoing rise in cases.

As of Friday, the health department reports 21,205 cases since the pandemic began, with 266 deaths.