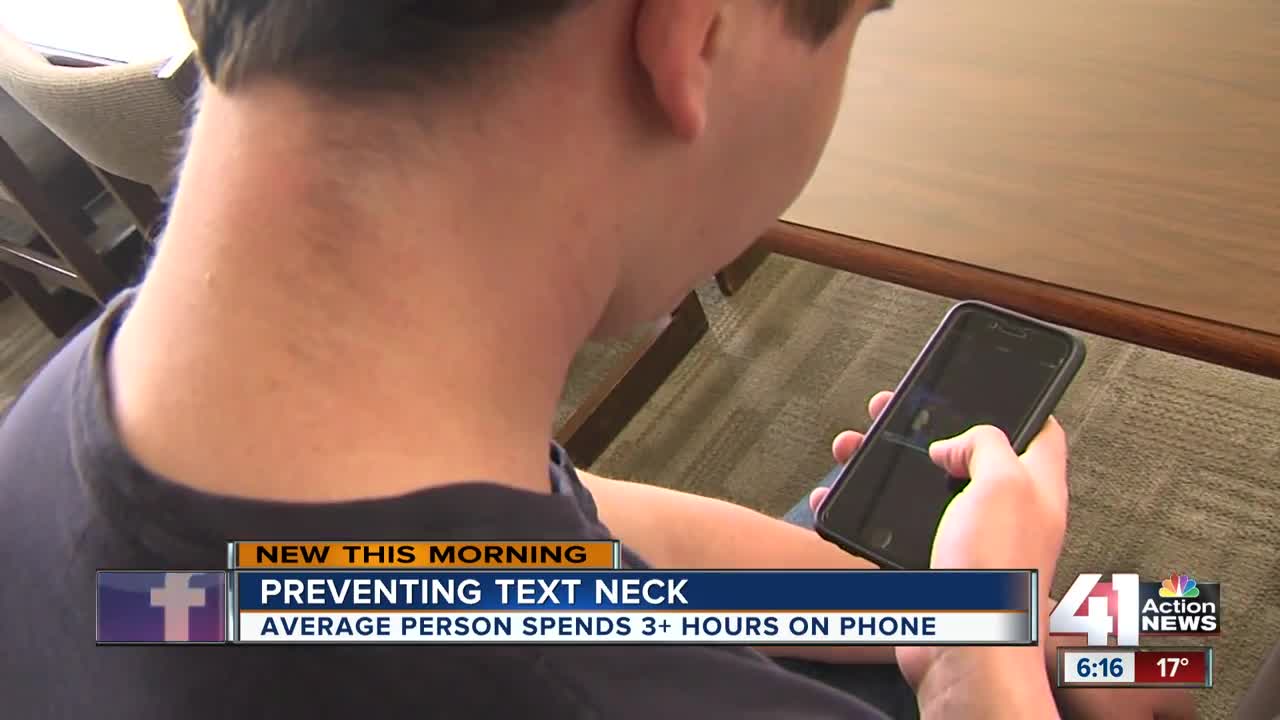 Doctors are seeing a rise in neck and back injuries from spending too much time on handheld devices. 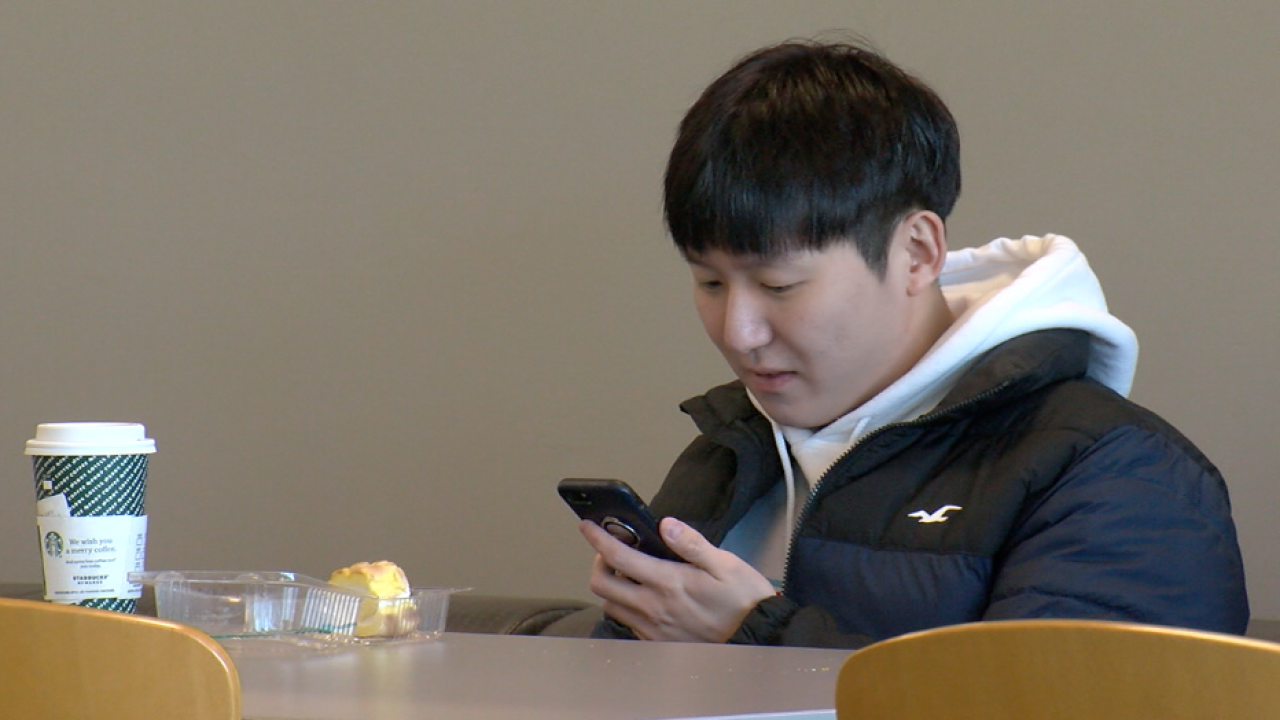 OVERLAND PARK, Kan. — Fall can be a busy season for sports medicine physicians as school sports ramp up.

"People come in with neck pain, they come in with upper back pain," Dr. James Roberson of Children's Mercy said.

But those neck and back injuries often have nothing to do with sports.

"A lot of kids are kind of thinking oh there's no way that just looking at my phone is the problem here," Roberson said, "For the parents it takes zero convincing."

The repetitive strain injury is known as "text neck."

"Sometimes I even have to lay down because my neck hurts, so I'll lay and type out a text or something," Lauren Juliana, a college student, said.

The average head weighs 10 to 11 pounds, according to a study published in Surgical Neurology International. When you flex your head forward 30 degrees to look down at a phone, the strain on your neck is actually 40 pounds. At 60 degrees you put 60 pounds on your neck.

"The more you do it, the more it will hurt, the harder it is to break that habit," Roberson said.

But you don't have to keep sticking your neck out to stay in touch with your friends. One easy fix is to raise your screens to eye level.

"I recommend that kids, if they're working a lot on an iPad, that they actually get a cookbook stand and set it up on a few books," Roberson said.

You can even stretch to alleviate the pain.

Roberson demonstrated one stretch in which you grab the sides of your chair then tilt your head left and right.

Another exercise he suggested is probably best to do when you're alone.

"I call it the 'derp stretch' because it makes you look kind of stupid," Roberson said and laughed.

Start with your chin in a neutral position, then push it straight back, stretching out the back of your neck.

You can also do simple shoulder pinches to release tension. Roberson recommended doing ten reps of the exercises three times a day.

He's also giving parents the green light to nag their kids about the bad habit.

"It's good to tell your kids to sit up straight, better posture, move the screen up or get off the screen, go outside and play instead, which is always good advice," Roberson said.