'We are in a difficult position': State law limits cities' abilities to restrict small cell towers 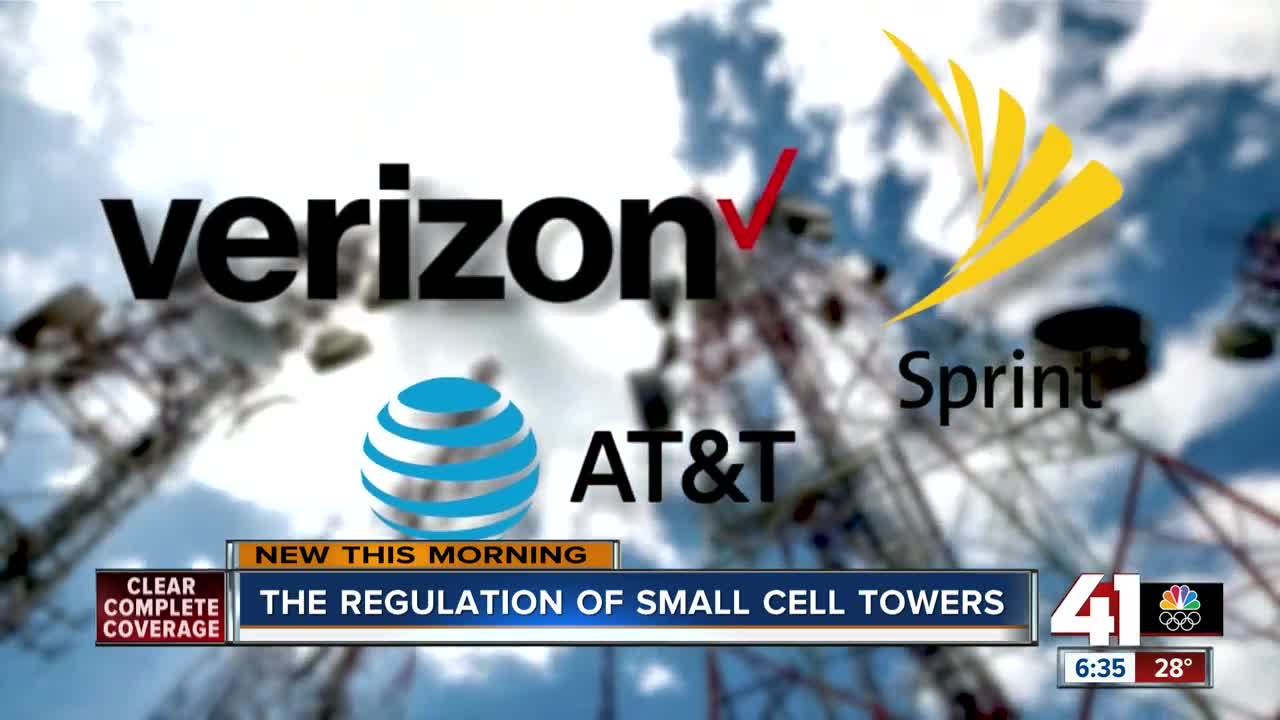 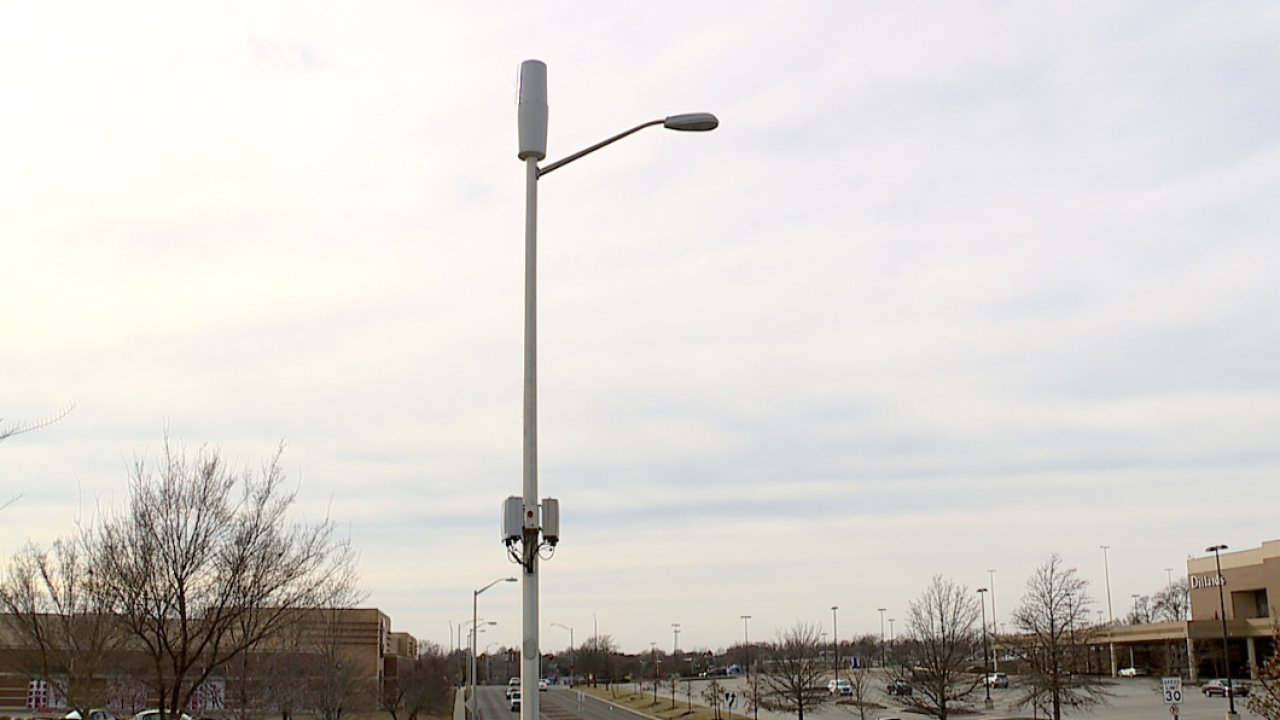 OVERLAND PARK, Kan. — It can be easy to miss the small cell towers popping up around Overland Park if you're not looking for them, but antennas are being attached to the tops of light poles at locations throughout the city, like West 106th Street and Nall Avenue or West 105th Street and Roe Avenue.

"Technology is changing and demand for cellular services is increasing, so providers are responding to that," Overland Park's Manager of Current Planning for Leslie Karr said.

Carriers like Verizon, Sprint and AT&T have worked with the city to install the towers on existing infrastructure so the aesthetic impact is minimal, but the truth is that the city doesn't have much control over the process.

"We are in a difficult position," Karr said. "We don't really have the ability to deny the applications."

A state law that went into effect in 2016 allows providers to use the city's right of way for the technology.

The city hasn't heard many complaints thus far, because the towers have been installed primarily along major thoroughfares. However, that could soon change.

"We are expecting that we'll start to get some in our residential areas, and those may be more concerning," Karr said.

The city said its ability to regulate the towers could be limited even more through a bill that recently passed the Kansas Senate and is on its way to the state House of Representatives.

Proponents argue the bill is about equity and access.

Stepehn Duerst, an attorney for the Kansas Cable Telecommunications Association, which supports the legislation, said SB 380 will simply allow cable providers to mount the devices on their cable strand without additional fees.

He told the Senate Utilities committee that should be allowed because of the "millions of dollars they pay in Kansas alone each year in the form of franchise fees to work in the right-of-way."

Megan Bottenberg of Cox Communication, the state's largest broadband provider, said the bill would remove financial barriers and allow the company to improve access across the state.

"With this technology, Cox can provide 4G and 5G services in areas where Cox customers may not have been able to get the budget to build sites before," Bottenberg, who serves as Cox's manager of government affairs, said. "This helps close the technology divide."

Both the Telecommunications Association and Cox point to recent FCC rulings against double taxation as well as the fact that 40 other states have passed similar legislation.

However, leaders in cities like Overland Park and Kansas City, Kansas, as well as Topeka have major concerns, saying the legislation is more far-reaching than proponents advertise.

In written testimony to the Senate Utilities committee, Overland Park Assistant City Attorney Steve Horner said it would effectively exempt one industry from right-of-way and land use regulations as well as permitting requirements.

"Arguably, this bill could allow a cable operator to install a 150-foot monopole in a utility easement in a homeowners backyard without any coordination or notification," Horner wrote. "It also arguably grants cable operators the legal right to use city facilities (e.g. light poles, street lights) without an agreement, regulation or compensation."

Other opponents include the Kansas Association of Counties and the cities of Derby, Garnett, McPherson, Pittsburg and Manhattan.

Regardless of the legislation's ultimate fate, expect to see small cell towers soon in your neck of the woods with the advent of 5G.