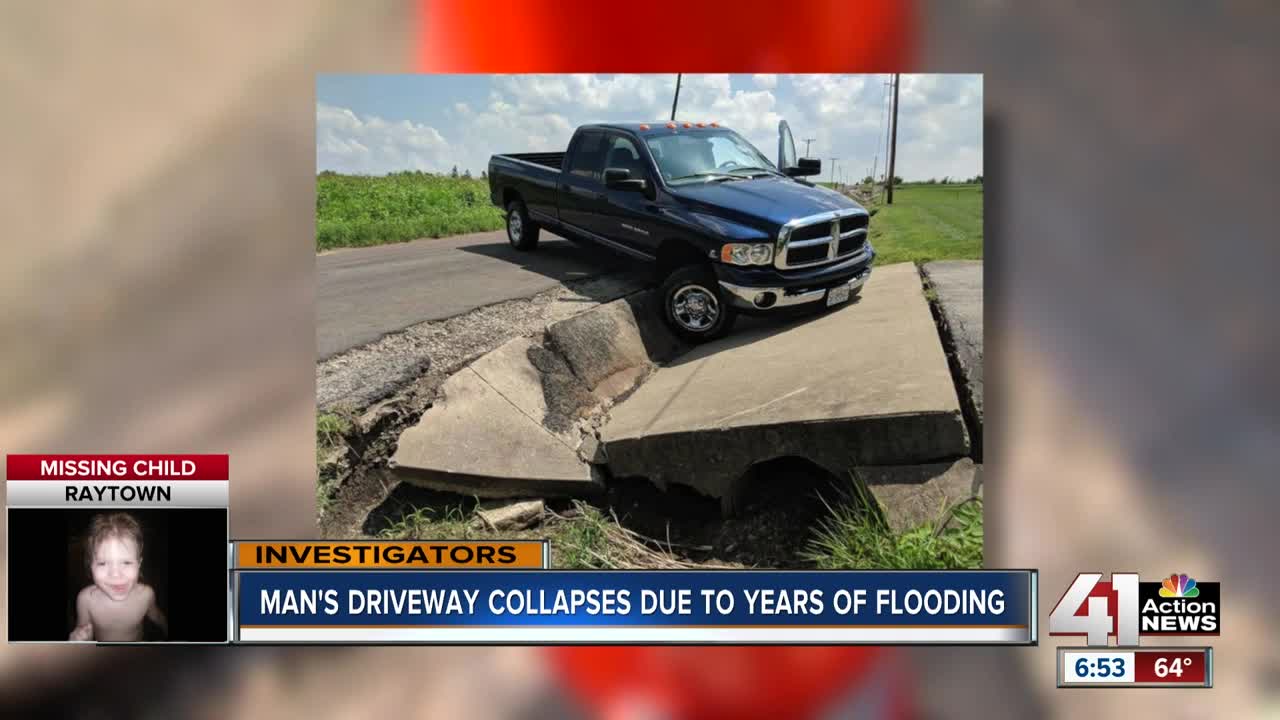 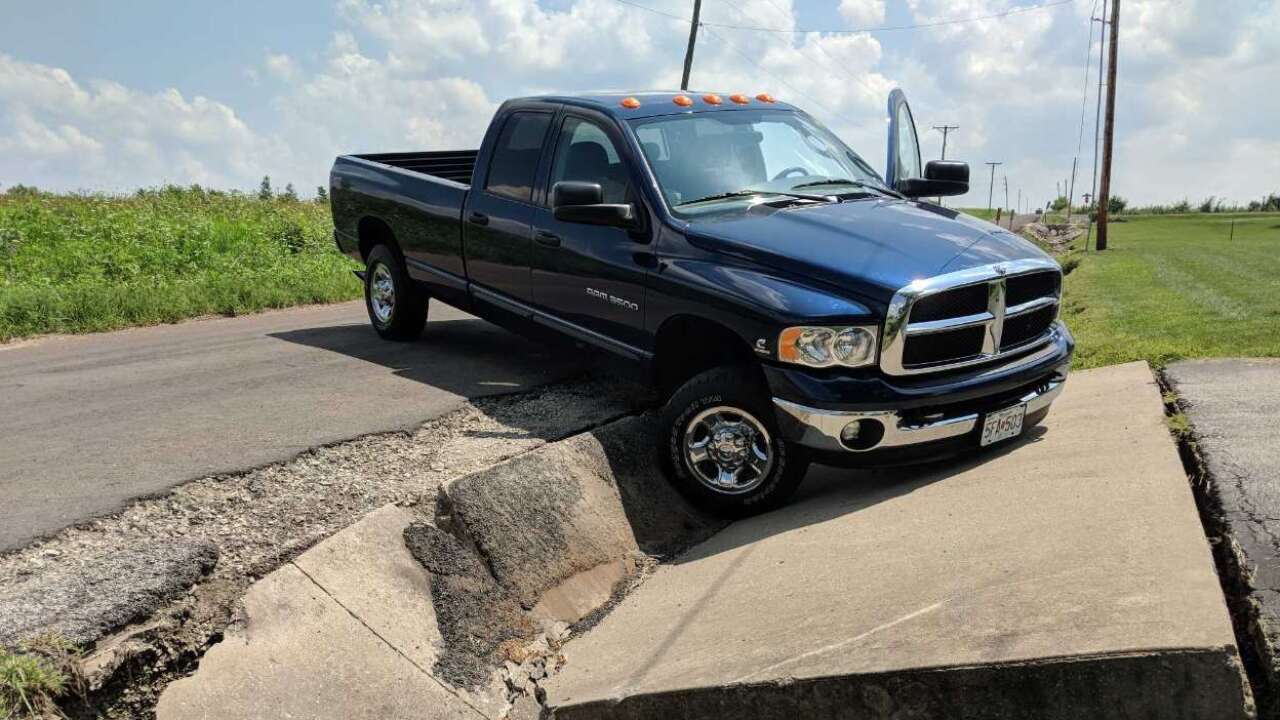 LAKE LOTAWANA, Mo. — Imagine having a river of water rushing across your property virtually every time there's a heavy rain.

It's an issue some Jackson County, Missouri residents have been living with for years.

Brent McCoy has been living on Herring Road in what's now the city of Lake Lotawana for 15 years.

The rural, expansive acreage is generally quiet and peaceful.

That is until there's a heavy rain.

Video shot in 2013 shows a downpour transforming a large section of Herring Road into a surging river, complete with a waterfall.

The water covers not only the road, but access to McCoy's and other neighbors' property.

McCoy says his first indication there was a problem came roughly eight years ago.

"And it kept getting worse and worse," he said.

For years, McCoy reached out to Jackson County administrators to get the issue fixed.

So did ditches and culverts designed to carry the rain water away from the road and homeowners' properties.

McCoy says just when it appeared Jackson County was ready to address the problem, the city of Lake Lotawana annexed the area three years ago.

After years of asking for help, the problem became more critical earlier this month when McCoy's driveway collapsed.

It happened after McCoy's friend dropped by to show off his brand new truck.

"When he backed out, the whole truck just fell into the driveway," McCoy said.

He then went to recently elected Mayor Tracy Rasmussen and the Board of Aldermen to make his case for help.

"When he made the board and mayor aware of the issue, they acted immediately to get the issue resolved for him and his neighbors," Lake Lotawana interim City Administrator Corey Henry said.

The first step was the city putting steel plates across the driveway so McCoy could access his home.

A more permanent solution to McCoy's and his neighbors' water woes appears to be in the works.

Lake Lotawana city leaders have agreed to fix both McCoy and his neighbors' driveways.

The city is also putting a new culvert under McCoy's driveway and digging a ditch across the street to help prevent water rushing across Herring Road.

"We do want to make sure the driveways are repaired as complete as they were before, if not hopefully better, and ensure that everybody is safe," Henry said.

There's also the matter of damage to McCoy's friend's pick up truck.

"Luckily for the city, I don't think it's too bad. But I'm sure he'll be wanting to give them a bill," McCoy said as he chuckled.

Repairs to the driveways and ditches are expected to be complete by the end of September.

"In the long term, the city is adopting a capital improvement program which calls for significant improvements over Herring Road," Henry said.

"Unfortunately because of the scope of the project, it will be several years in the future before we do the major road improvements that need to take place," Henry said.

Henry says the improvements are becoming more crucial because a section further south on Herring Road is being developed.

He calls the area an important part of Lake Lotawana's expansion.