'It's like a billboard': Thieves steal food trucks from West Bottoms lot 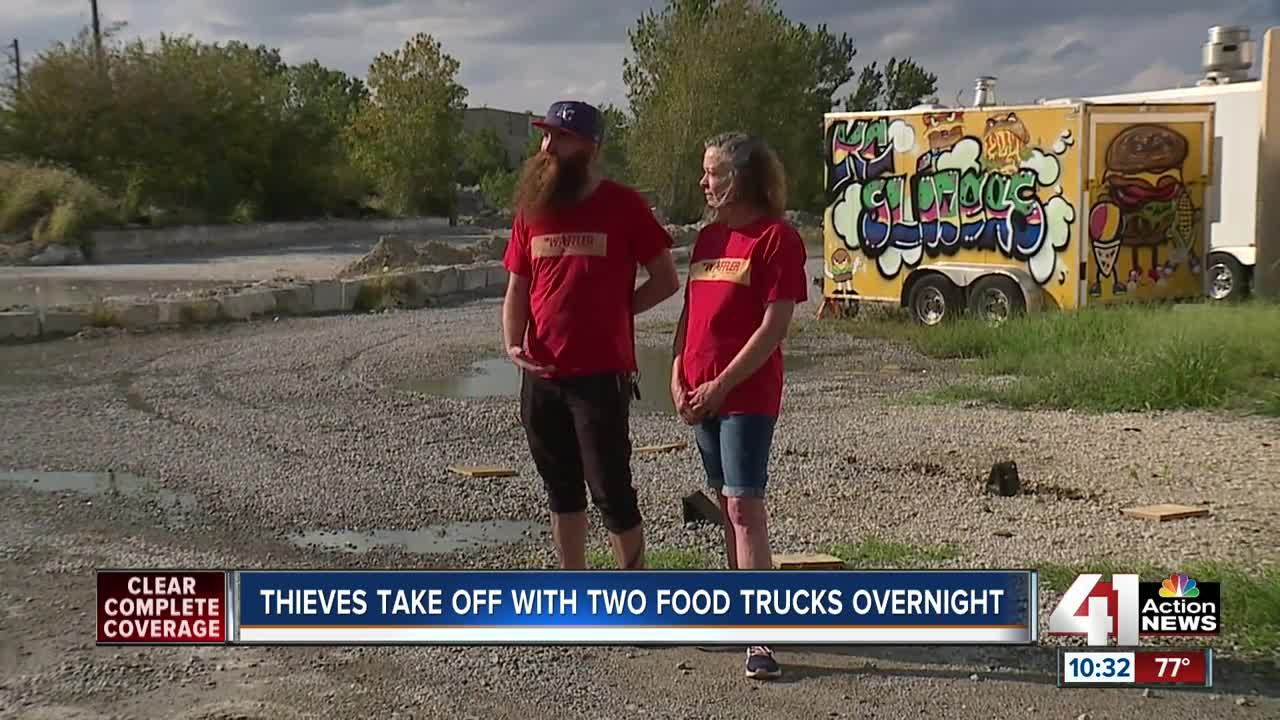 Two food truck were stolen out of the West Bottoms overnight. 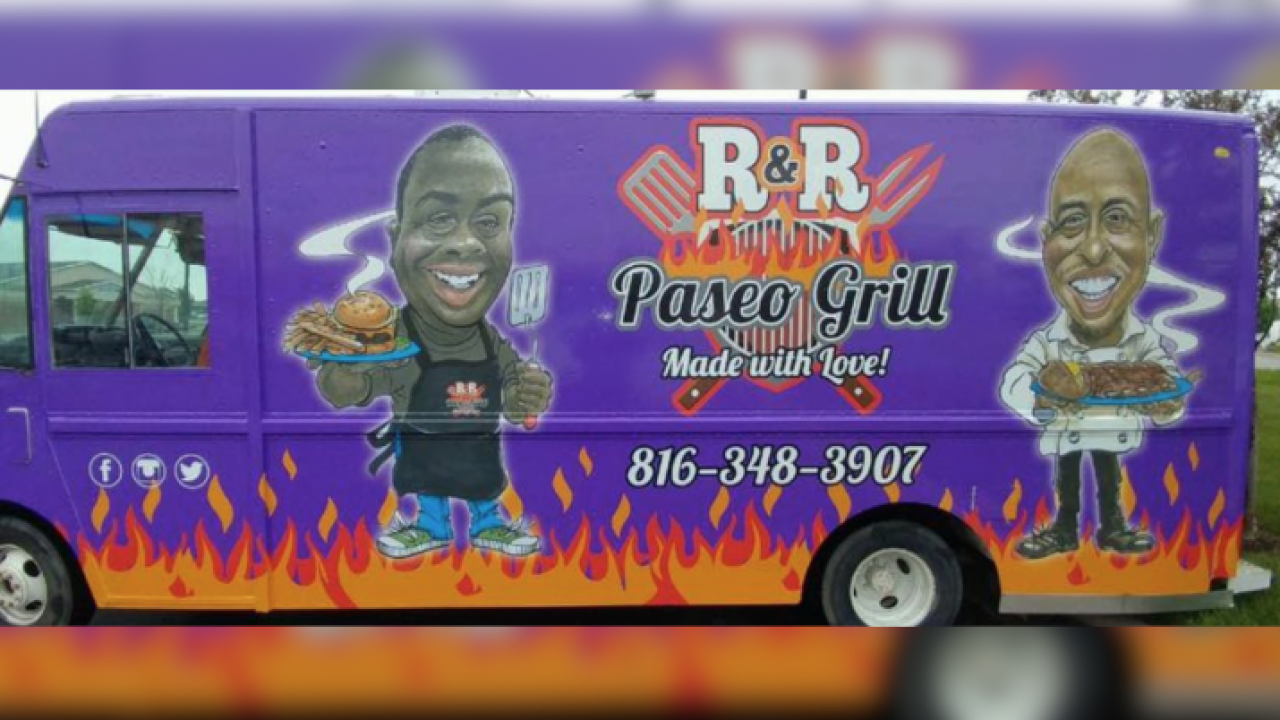 KANSAS CITY, Mo. — Thieves drove off with two large food trucks and some equipment after raiding a West Bottoms lot over the weekend.

The trucks, which belonged to The Waffler and R&R Paseo Grill, were taken early Sunday morning from the lot of Food Truck Central at James Street and St. Louis Avenue. The thieves also took a generator from Kurry Up KC and a trailer from another business.

It was an especially difficult blow for Mindy Gallagher, who runs The Waffler with her son, Keenan O'Brien. They affectionately call their 1978 Chevy 350 by the name "Lucille."

"I lost my husband 30 days ago, and being on Lucille is the only thing that makes me feel normal right now," Gallagher said, tearing up.

Surveillance footage shows two male suspects drive up in what looks like a white Ford pickup with a flatbed.

They approach the Waffler truck, pry open the window and hop inside around 6 a.m.

"Then all of a sudden I saw Lucy light up, and I knew she was gone. It broke my heart," Gallagher said.

It's a major emotional and financial loss. The Waffler was booked through the end of October.

O'Brien is hopeful they will find Lucille, since it's rather difficult to hide a 23-foot truck.

"It's like a billboard. We jokingly call it a mobile billboard," he said.

A report was filed with the Kansas City Police Department, who you can contact if you have any information about the whereabouts of the trucks.