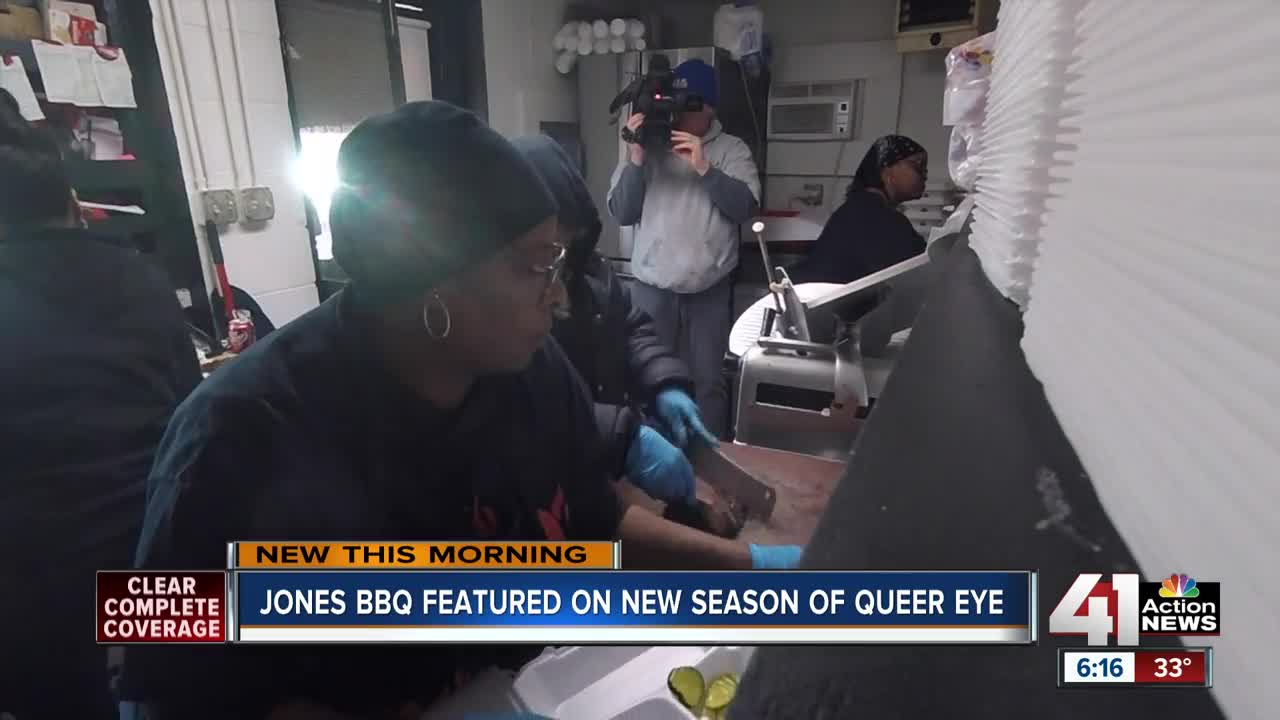 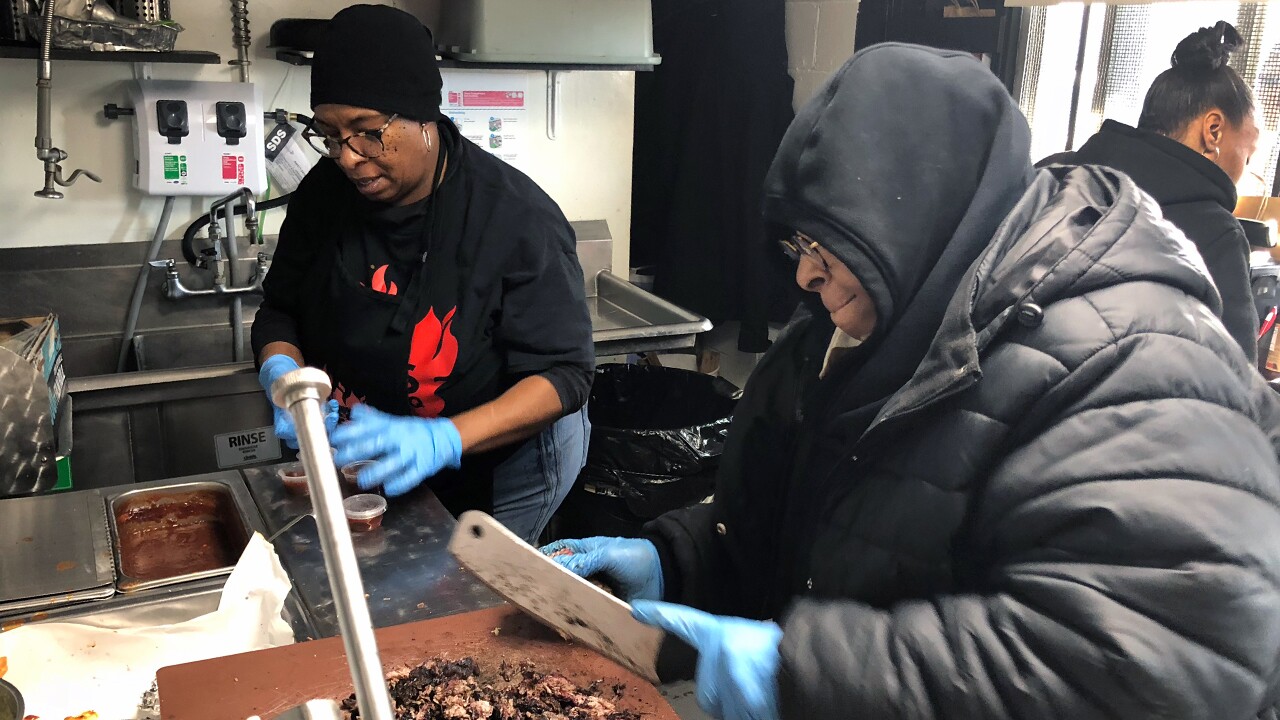 KANSAS CITY, Mo. — The days start early for pitmaster Deborah Jones. At 3:30 a.m., in a heavy winter coat, she is loading hickory logs into the bottom of the smoker at Jones BBQ (four logs are just enough to get the right temperature).

You have to start early if you cook barbecue low and slow like she does.

“We still do old school, where you turn the meat and start the fire and stuff,” she said.

Friday, she’s starting even earlier. Jones is happily bracing for bigger crowds and planned a midnight start at the smoker on Kaw Drive in Kansas City, Kansas.

She and her sister, Mary Jones Mosley, are featured on one episode of the Emmy Award-winning show "Queer Eye," which released its third season (shot in Kansas City) on Netflix Friday.

“Well baby, this is what we do,” Mary said. “This was instilled in us many, many years ago as little girls.”

Barbecue has been a part of their life for almost 40 years. Deborah said her brother and father taught her how to be a pitmaster.

She shared memories of eating at Arthur Bryant’s with her brother after they got off work at Municipal Stadium on Brooklyn Avenue.

“It was the closest place to us,” Deborah said. “Sometimes we’d go up to Gates, but we’d be about ready to miss our bus if we went any further.”

“My dad took the time out to teach us different things just in case life goes to the left,” Deborah added.

When she’s at the pit, she said she doesn’t use any gauges.

“I use my eyesight. My dad always taught us to never write stuff down, keep it up here,” Deborah said, pointing to her head. “If your slabs are bouncing, they’re ready.”

In the early days, their marketing methods were, perhaps, unconventional.

“Our dad, when we first got started, used a race track flag to flag customers down, tell ‘em to taste it. ‘If you like it, buy it. If not, we understand.’ That’s how we got rollin’,” Deborah said.

Now, they are passing their traditions on to the next generation. Deborah is training her nephew at the smoker.

Inside, the small stand leaves just enough room for Deborah, Mary and their crew to feed the line that forms at lunchtime.

Long before cameras and national media found them, they had a loyal base of customers. Deborah said customers sometimes stop by as early as 7 a.m. “and if I have it ready, I will sell it to them,” adding they routinely sell out when the lunch rush hits.

Deborah said she tries to cook just enough for that day.

Several customers are familiar faces and get their orders called by name.

“Quite a few, quite a few,” Deborah said. “I’d say at least a couple hundred. Especially the ones that have been with us when we started on North 10th Street.”

“He’s been with us since the '70s,” Mary said, looking up from ladling beans for a man in the cashier’s window.

“I come a lot,” customer Keyana Moore said. “The sausage is my favorite.”

Now, customers line up at a restaurant with a new look and patio that includes seating courtesy of "Queer Eye."

“Tears. Tears of joy. Tears of excitement,” Mary said of the experience.

The sisters said the show also helped them bottle their sauce to sell.

“Well, it’s been a long ride sweetie,” Mary said. “It changed my life tremendously. I’ll never be the same again. God is good. It’s been a long time and maybe he said, ‘You girls, I gotcha now.’”