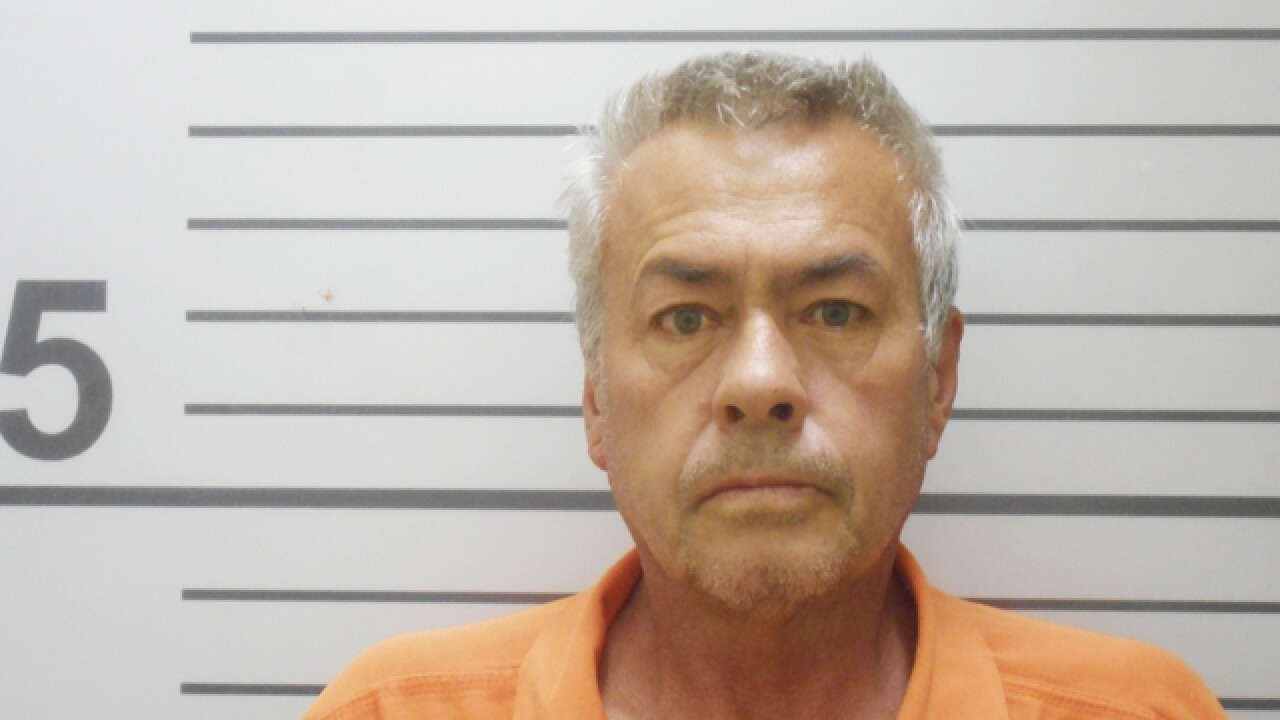 AP
In this photo provided by the Wagoner County Sheriff&#39;s Office, Henri Michelle Piette is pictured in an undated booking photo. A federal grand jury in Oklahoma found Piette guilty of kidnapping his stepdaughter and holding her captive for 19 years in Mexico and elsewhere, during which time he fathered her nine children. (Wagoner County Sheriff&#39;s Office via AP)

Relief — just one word described how a Kansas City mother felt Thursday after learning that a federal jury convicted her former stepfather of kidnapping her and taking her across state lines for sex.

"I'm just so happy that he is put away where he can't hurt anyone anymore," Rosalynn McGinnis told 41 Action News following the verdict.

A jury found Henri Michelle Piette, 64, guilty of kidnapping and traveling across state lines to engage in sexual acts with a juvenile during a jury trial in the U.S. District Court of Eastern Oklahoma, bringing closure to Rosalynn McGinnis’ decades-long ordeal.

“The victim endured two decades of horrific abuse by the defendant. Her courage lead her to escape and rescue her children and allowed investigators and prosecutors to seek justice on her behalf. Ultimately her courage ended the defendant’s reign of terror,” United States Attorney Brian J. Kuester said. “I know this verdict cannot heal the countless wounds inflicted by the defendant. It should prevent him from ever inflicting more.”

McGinnis told 41 Action News in an exclusive interview in November 2018 that Piette began sexually abusing her when she was 10 and lived with her family in Springfield, Missouri. She said she never saw Piette as a stepfather but rather someone who preyed on her family.

“He knew exactly who to target and how to get what he wanted,” McGinnis said. “He was a child predator who moved into my neighborhood and targeted my family.”

Years later, the family moved to Poteau, Oklahoma. McGinnis was in sixth grade when Piette arranged to remove her from school without her mother’s permission then drove away.

“I didn’t know what was happening,” McGinnis said. “The next thing I know my mother’s not there, my brothers are not there and none of my family is there and I am by myself with this man.”

McGinnis would not see her family again for nearly 20 years.

Piette moved with McGinnis from hotel room to hotel room to elude capture. He eventually hid her across the border in Mexico, where she lived in constant fear and said Piette would beat and rape her almost daily.

Sometimes, the injuries were quite severe.

"He picked up a stainless-steel frying pan and tried to hit me in the stomach," McGinnis recalled, describing one attack. "I put my arm in front of it, and it cut me all the way to the bone.”

McGinnis gave birth to nine children with Piette until she and her kids escaped in 2016 with the help of a couple in Mexico and the National Center for Missing and Exploited Children in Washington, D.C, which later hailed her as a "hero" for her bravery.

Acting Special Agent in Charge Steven D’Antuono, FBI Oklahoma City Division, released a statement which said in part, "By bringing Mr. Piette to justice, the victims of his heinous acts can now begin the process of healing. The FBI is honored to have been a part of this long-term investigation alongside our federal, state, and local law enforcement partners.”

McGinnis now lives in the Kansas City area, where the generosity of strangers is helping her move on with her life.