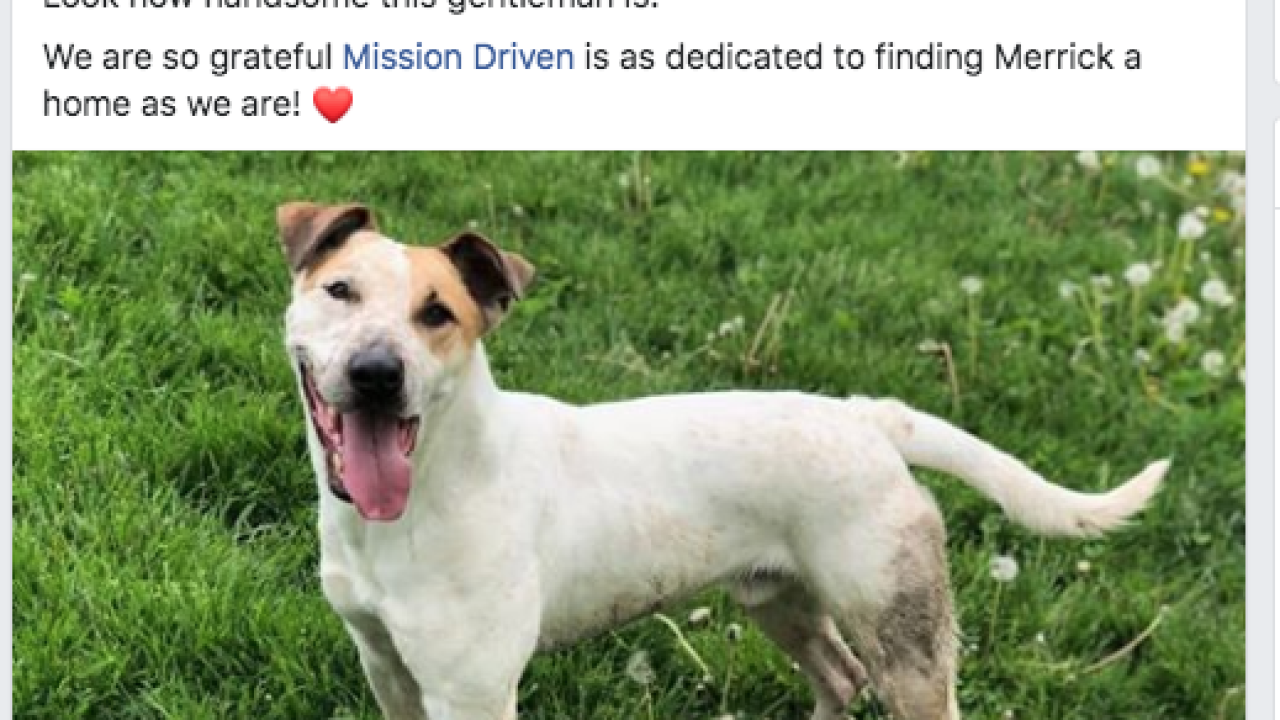 KANSAS CITY, Mo. — A man who moved into an animal shelter for a week to promote adoption now wants to help another longtime shelter dog find his forever home for the holidays.

Merrick, a 5-year-old bull terrier and blue heeler mix, has been at the Humane Society of Greater Kansas City for four and a half years, nearly his entire life, Scott Poore told 41 Action News on Wednesday.

In attempts to change that, Poore, the founder of Mission Driven, is working to raise money for a billboard that will give Merrick some more visibility in the Kansas City community.

“The Humane Society and Mission Driven, we’ve tried so many ways to get him adopted,” Moore said. “We just reached a point where we were like, ‘Wow, what else is there to do?’ I was at home one night thinking, 'I can’t give up on this animal,' and I thought about a billboard.”

Poore said the hope is that a billboard will expose Merrick to people who may not follow the Humane Society on social media or other ways.

He said he also wants to see Merrick in his new home in time for the holiday season.

“The ultimate goal is to find Merrick a forever home. But I also want this to be a feel-good story for the holidays,” Poore said. “I want everybody in Kansas City, even if you can’t adopt Merrick, I want everybody to get involved in this story and root for Merrick. Ultimately, for Christmas, I want him to be in a loving home, not an animal shelter.”

Poore said that Merrick needs to be in a pet-free home and one that does not have small children. Merrick also has a lot of energy, so Poore said the best fit would be a family that will take him on long walks and throw a ball with for him.

“When you’ve lived in a shelter your whole life, the outside world is different,” Poore said. “We need someone with patience, who will respect the time he’s spent here and help him become the dog he wants to be.”

A GoFundMe page has been set up to collect donations for the billboard. Poore said anything raised beyond the goal will be donated to the Humane Society.

Anyone interested in adopting Merrick should contact the Humane Society of Greater Kansas City to schedule a time to meet Merrick.