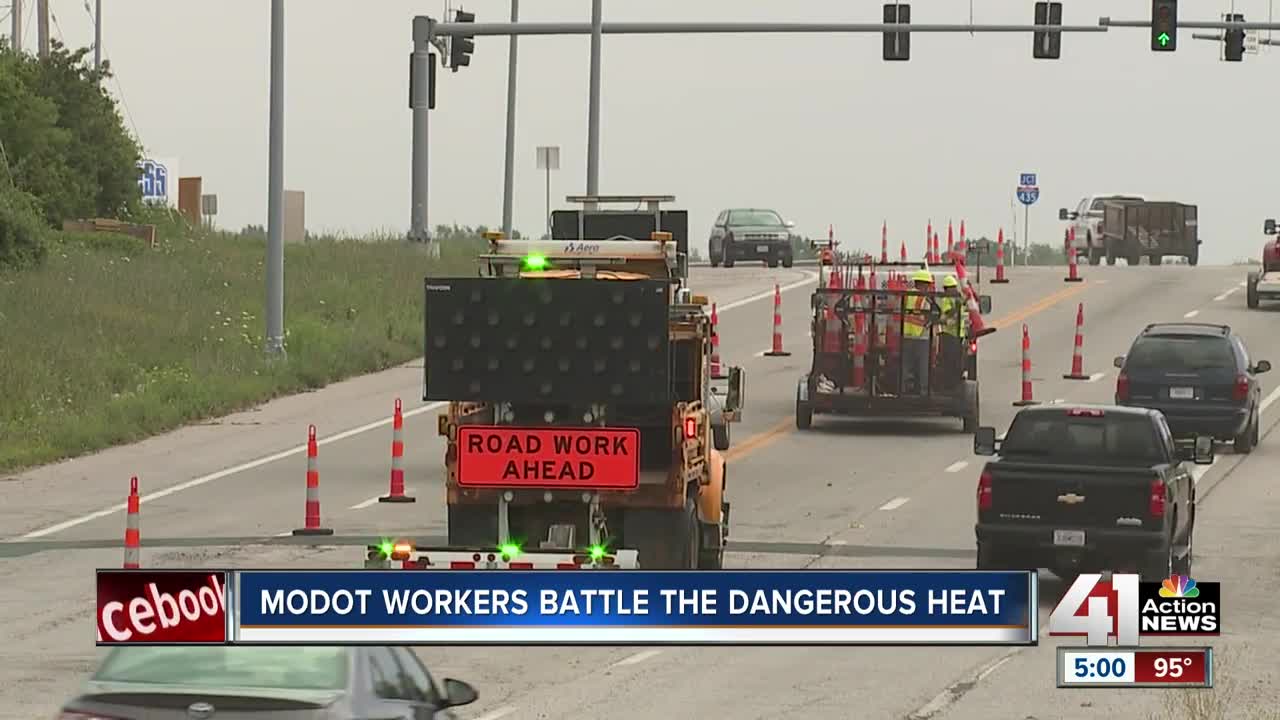 Road work doesn’t stop for the heat, so crews will be out doing their jobs this week in the Kansas City metro, even as heat index values reach triple digits. 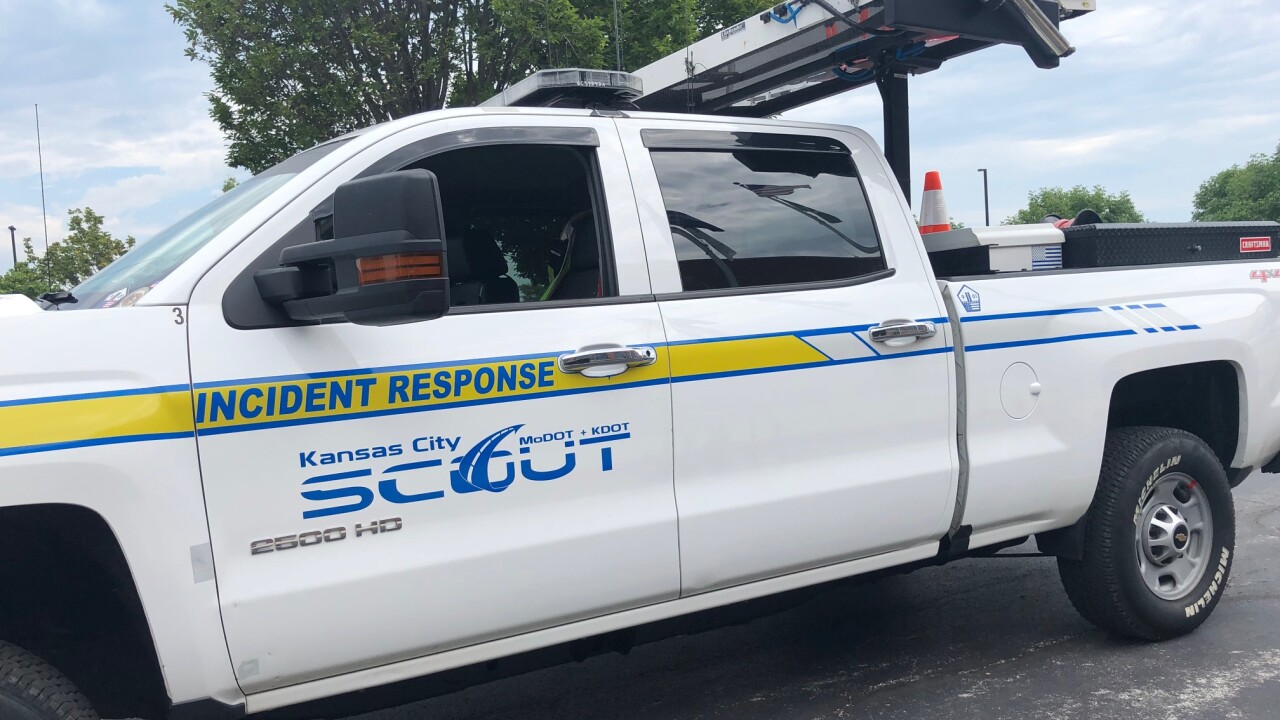 KANSAS CITY, Mo. — Road work doesn’t stop for the heat, so crews will be out doing their jobs this week in the Kansas City metro, even as heat index values reach triple digits.

On Wednesday, Missouri Department of Transportation crews laid asphalt down near U.S. 40 west of Interstate 435. The job can be one of the hottest for crews, as the asphalt can reach up to 300 degrees or more.

"We would like to be able to just say we're calling it because of a heat day, however we just can't do that," Ramsey said.

As many as 300 crew members were out working Wednesday in the Kansas City area. Ramsey said after a harsh winter, along with significant spring flooding, crews need to keep up with projects this summer.

"There's no shortage of work,” Ramsey said. “In fact, there's a great deal of work that needs to be done, and it has to be done, so the workforce is out there.”

In the extreme heat, crews do their best to keep cool. For safety reasons, they have to wear layers while on a job, so they focus on staying hydrated and taking frequent breaks. They also have a heat sensor to help monitor the work area.

MoDOT's emergency response trucks are also out this week. On a hot day, one driver might receive as many as 50 calls.

When temperatures rise, emergency response drivers see many blown-out tires. When they stop to help, they also give out water and transport people to cool locations.

"It's too hot to be stranded out here on these highways," Banes said.

Every year, road crews prepare for drastic weather, but when asked if they prefer hot or cold, many agreed Wednesday's weather wasn't the worst.

"At least with summertime, you can always put the windows down if everything else fails and get some kind of relief," Banes said.

"MoDOT is fortunate to have great workers. They're really troopers and they get out there and get the work done," Ramsey said.

Emergency response drivers also will check abandoned vehicles on the highways for people and pets that may have been left behind.

To contact an emergency response driver, dial *55 for the Kansas City metro area.