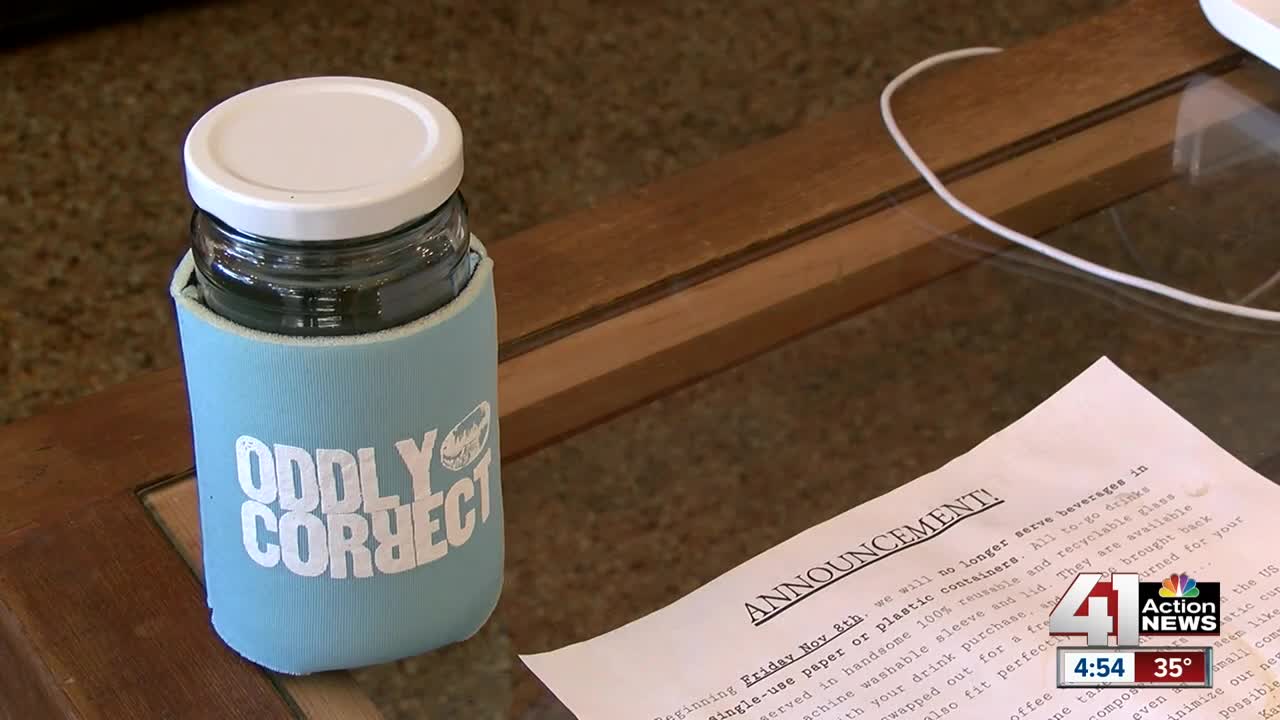 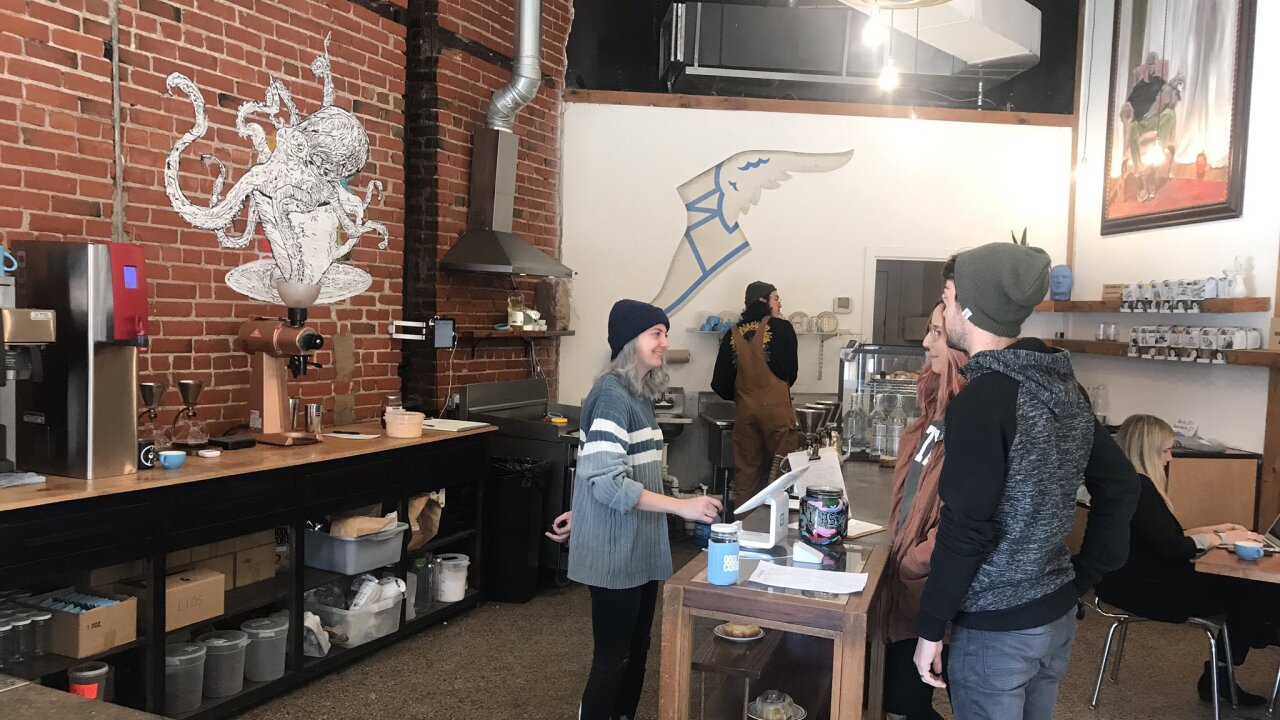 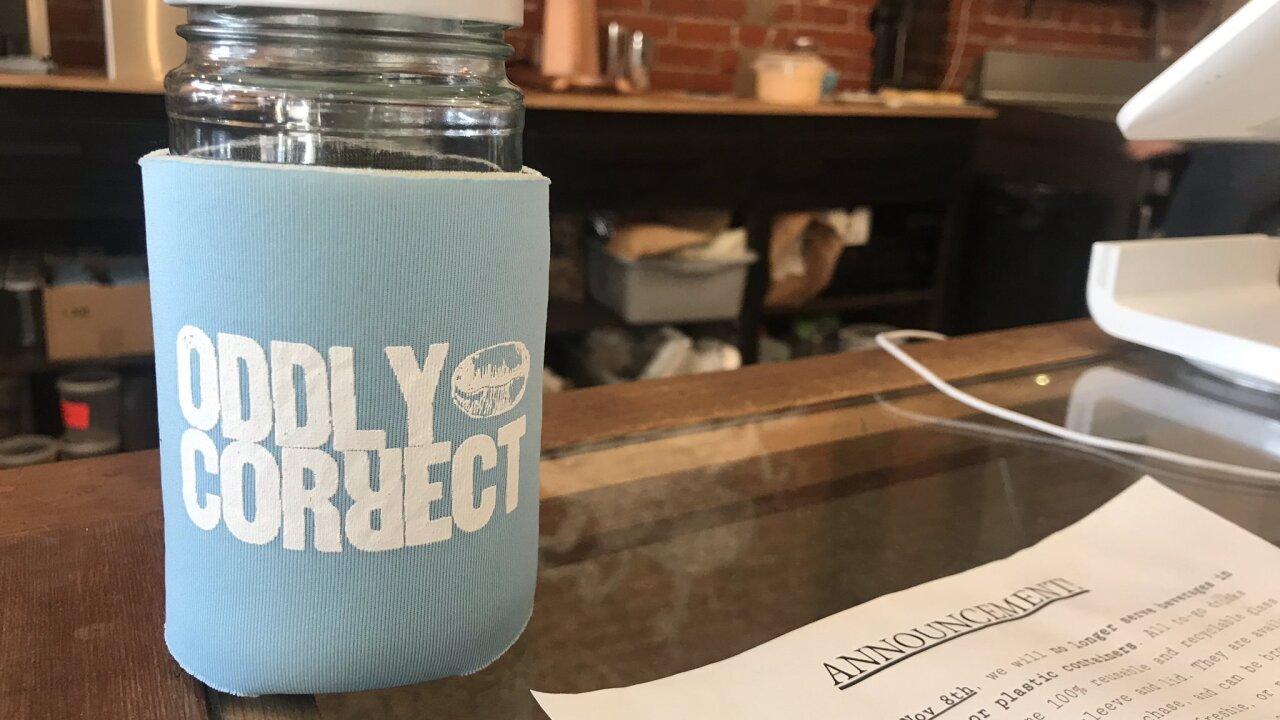 Instead, the business will use reusable, glass jars, which it will sell to customers for $1.

Oddly Correct Coffee Bar Director Mike Schroeder said he was inspired by a coffee shop in Des Moines, Iowa, that started a similar practice. That, combined with his employees' passion for sustainability, made him look into the glass jars.

"We just thought if we can do something, even though we're small, why not do what we can," Schroeder said.

The business posted on social media and put out flyers explaining the reasoning behind the jars to customers.

"Twenty-five billion paper cups end up in landfills every year just in the U.S., just from coffee drinking," Schroeder said. "It takes about 30 years for each one to decompose."

Any drink can be put into the reusable glass jars, which can be brought back and re-filled, swapped out for a new one, or returned for the deposit back.

"Higher temperatures are making them grow coffee higher and higher up in elevation, (and) inconsistent rainfalls make harvesting really difficult," Schroeder said. "There's also an increased presence of fungus and pests, which makes it harder to actually produce the coffee."

Customer Isaac Walker went to the store for the first time Thursday and said he planned to buy one of the jars before he left.

"It was great to see a local shop around here make steps and strides to help with horrible pollution problems," Walker said.

While the jars might not solve every problem, Schroeder hopes they inspire conversation that leads to action.

"If we just keep going how we are, there will be a time where growers can't grow coffee any higher and we just won't have good coffee anymore," Schroeder said.