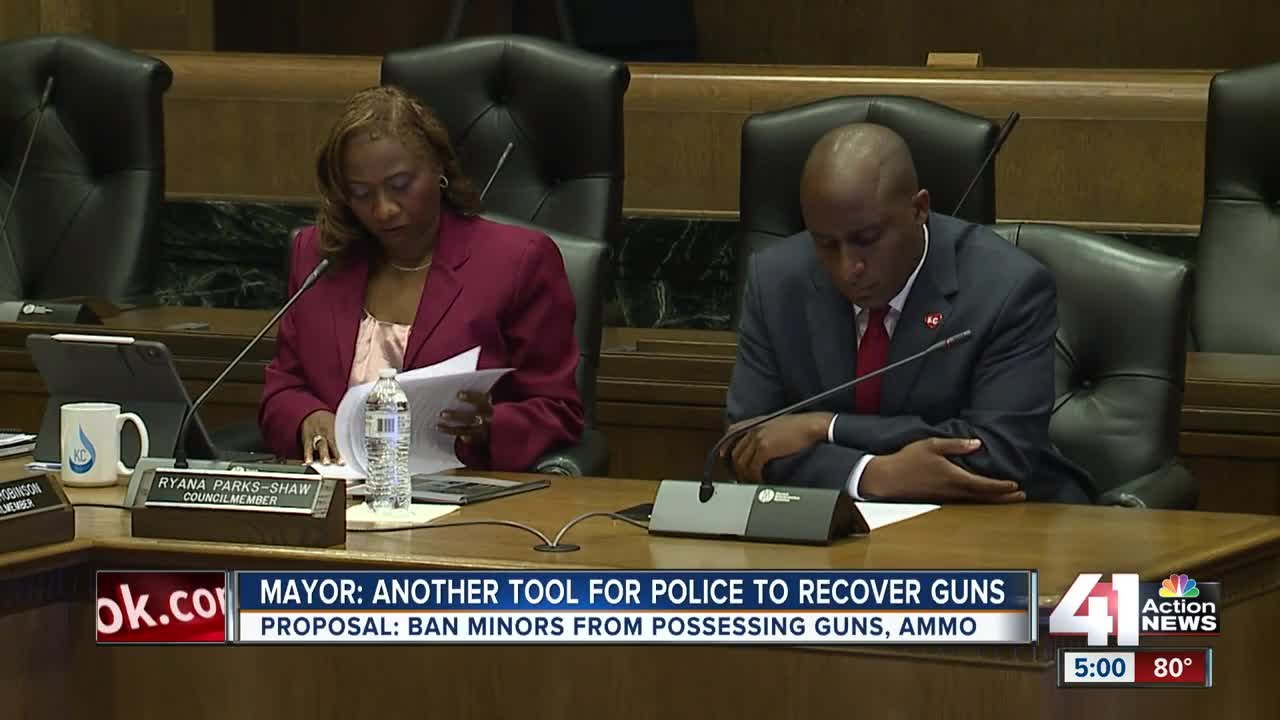 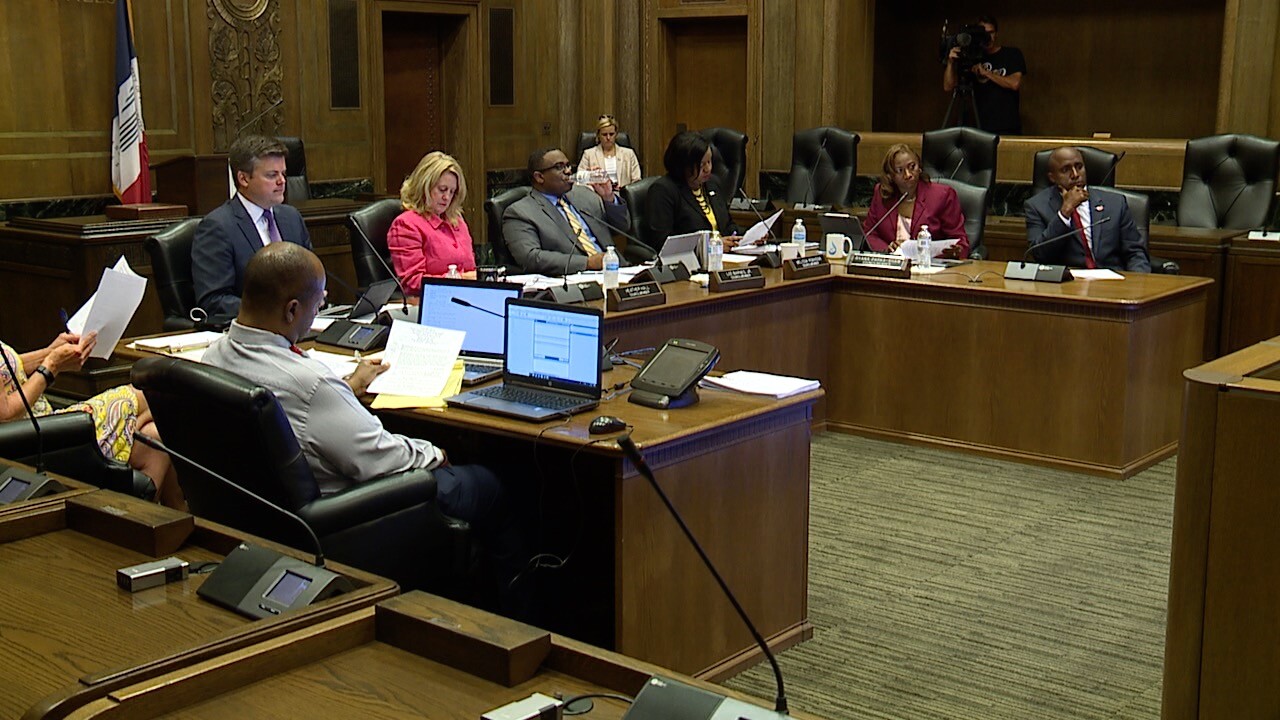 KANSAS CITY, Mo. — Less than a month after taking office, Kansas City Mayor Quinton Lucas has proposed two ordinances that aim to keep handguns out of the hands of minors.

The Kansas City Council Finance, Governance and Public Safety Committee on Wednesday voted to advance both proposals, bringing them to a vote before the full council on Thursday.

"The goal is very simple: to keep our community safer," Lucas said.

The first ordinance would make it illegal for anyone under 18 to possess a handgun or ammunition, with exceptions for parental consent and military service.

Though it’s already illegal for minors to possess guns under federal law, Lucas said the measure would give police more authority to take away guns from minors.

"This ordinance allows us the opportunity to actually make a clear guide to our police officers and create another tool for them in recovering firearms," Lucas said.

Under the ordinance, police would have the authority to confiscate guns from minors anywhere in the city. Currently, officers face limits in where they can enforce the law.

One officer told the committee that last year, police found children with guns on school property and were able to confiscate the guns.

"Had we stopped them 50 feet prior to where we found them, we probably wouldn't have been able to do much with them because of the way the laws are,” KCPD Sgt. Scott Simons said.

The other ordinance Lucas has proposed would prohibit selling or giving a gun to a minor without parental consent.

Resident Erikka French, a mother of four, says she has a problem with that proposal, arguing that children shouldn't be able to have guns even with their parents' approval.

"We need to stop the violence, not find ways to put the guns out there because of parent consent forms,” French said. “That's not right.”

She said that while she understands the reasoning behind the ordinances, she believes there needs to be more resources available to address the problem of gun violence.

"Back open more of these community centers that they took away from the youth,” she said. “More stuff to keep them busy. Better job opportunities for the minors and youth can go to work.”

She said that the mayor's ordinances are a good start, but she hopes more is done.

"Frankly, if you pick up a gun at 15, not only are you more likely to actually die yourself or be injured by it, you are more likely to be wrapped up in the system later on,” Lucas said. “We are trying to avoid that today.”

The full City Council will vote on the ordinances at its meeting at 3 p.m. Thursday.

If passed, a minor found in possession of a gun could face a fine or jail time. They could also be sent to a diversion program, which aims to make sure no child returns back into the system.