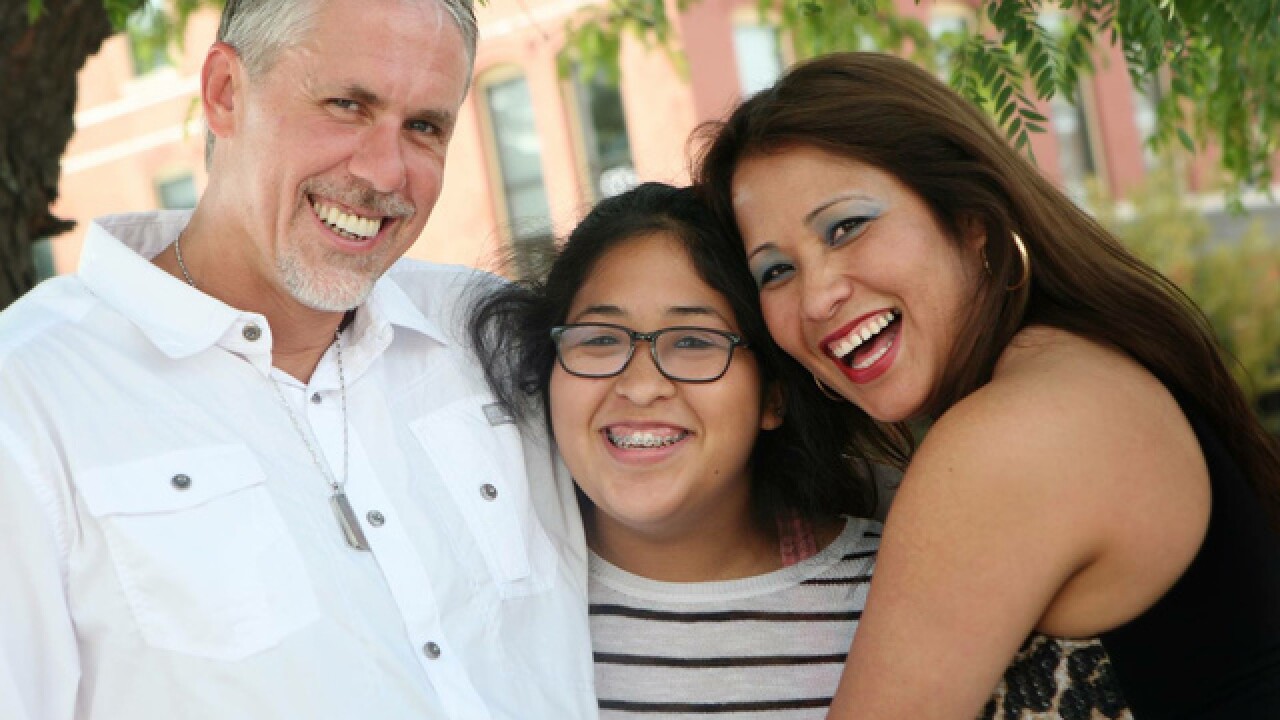 KANSAS CITY, Mo. — A woman who was in the United States on a work visa was deported last week by Immigration and Customs Enforcement.

Leticia Stegall was taken into custody on Monday, Feb. 26. Her work visa was set to expire at the end of March, according to Stegall’s husband.

Many people say Leticia Stegall was the face of the River Market.

The manager of the Blue Line Bar has been in the United States for 20 years and married to Steve Stegall for the last five.

On Friday, Leticia was deported and her husband said it was unexpected.

“She was doing everything she’s supposed to do. She wasn’t hiding. She wasn’t trying to not pay taxes and mooch off the U.S. She was part of the U.S.,” Stegall said.

Stegall said Leticia left their home early Monday morning and an ICE agent arrested her on her way to the gym. He also said they drove her car back and parked it in the driveway, but he wasn’t informed she was arrested.

A neighbor called Stegall’s parents and told them what happened.

"My parents called me and asked if I had heard the news that Immigration had come and got Letty,” Stegall said.

Stegall says no one from ICE reached out to tell him they had take Leticia.

He said the hardest part was telling his wife’s 16-year-old daughter.

"She came home telling me she got an A on her test, happy. I was like 'Oh god… Honey, that's great but I have some absolutely horrible news,'” Stegall said.

Leticia was held in the Platte County Jail for four days.

Stegall’s lawyer contacted a federal judge, who ordered on March 2 for Leticia to stay in the country at the Platte County Jail. She was deported the same day.

It’s unknown at this time when Stegall was deported and when the order came down.

Stegall said he wasn't aware the deportation went through until his wife called him from the Mexico border.

Leticia’s deportation was part of an operation targeting people here illegally with prior criminal histories.

In 2012, Leticia got a DUI and ICE began her lengthy removal process.

Stegall said he thought they would be allowed to carry out that legal process to try and keep Leticia here.

Stegall has started the paperwork to file for a marriage visa. The process can take up to two years. He’s unsure if that would override the 10-year period that Leticia is not allowed to re-enter the country because she was forcefully detained.

On Monday night, her husband held a rally at the Blue Line Bar in River Market.

On Feb. 26, 2018, deportation officers with U.S. Immigration and Customs Enforcement (ICE) arrested Leticia Tadeo-Guzman, a citizen of Mexico illegally residing in the U.S., during an operation targeting at-large criminal aliens.  Tadeo-Guzman has a prior conviction for driving under the influence of alcohol or drugs in Overland Park, Kansas, in 2012.  She received a final order of removal from a federal immigration judge in 2016.

Tadeo-Guzman was removed (deported) on March 2, 2018. While she was in the process of being removed, the local ICE office received a faxed Writ of Habeas Corpus from the U.S. District Judge of the Western District of Missouri.  The Writ was based on an underlying complaint that was not served on ICE or the Department of Justice (DOJ), but should have been filed in the U.S. Court of Appeals for the Eighth Circuit.  The Writ directed ICE to transfer Tadeo-Guzman from the Platte County (Missouri) Jail to the Federal Courthouse on March 12 for a hearing to determine her further detention.  Tadeo-Guzman was no longer in the Platte County Jail when ICE received the Writ. Since Tadeo-Guzman has been removed to Mexico and is no longer in ICE custody, this Writ is no longer applicable.