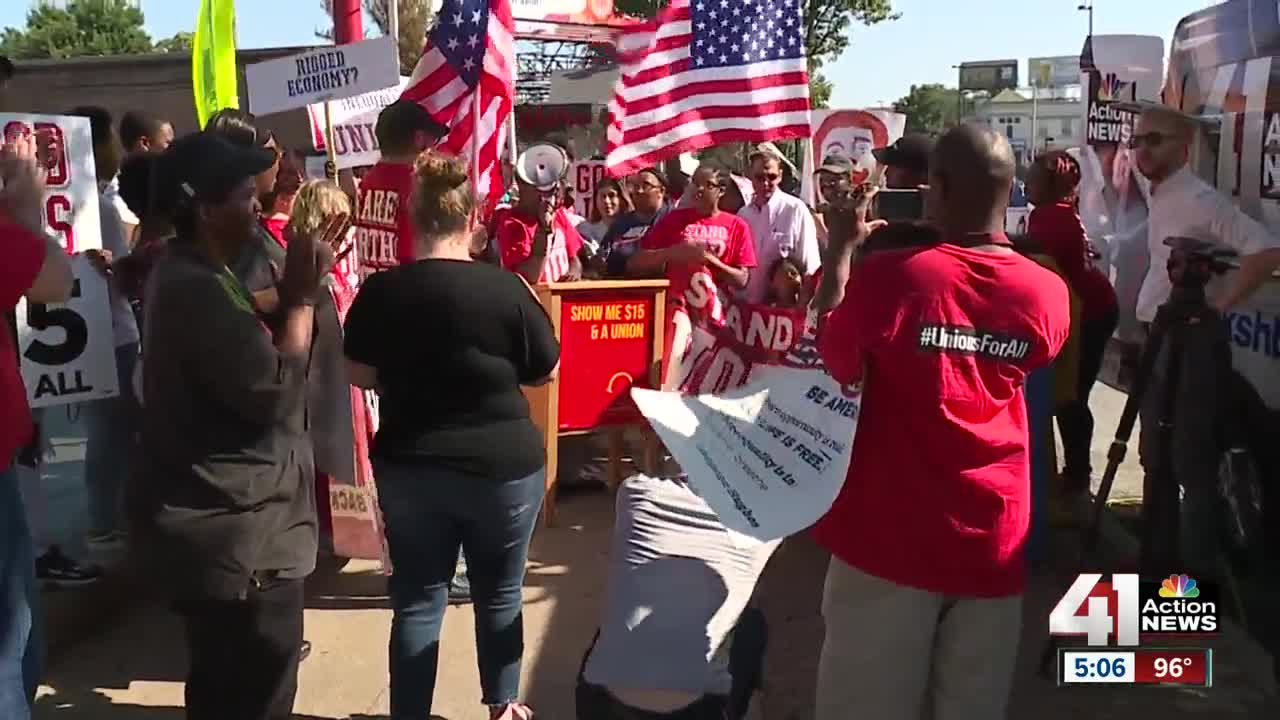 Workers in Kansas City rallied on Friday for an increase in the minimum wage. 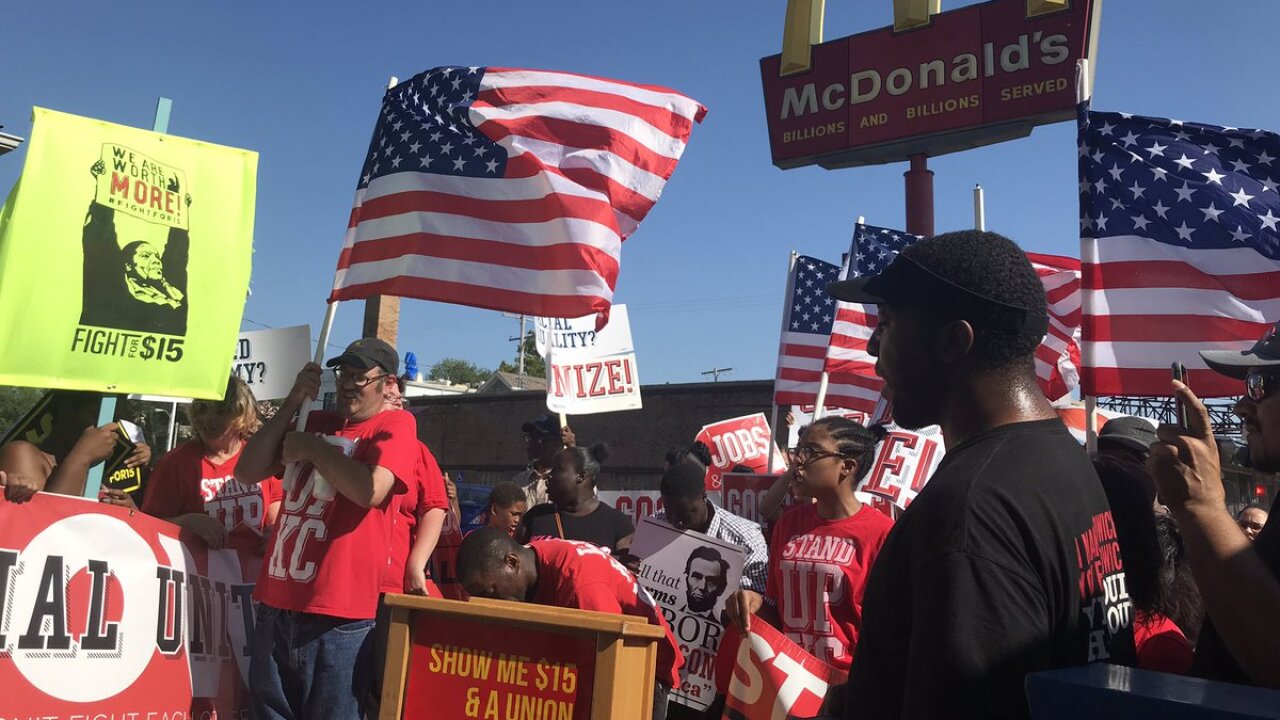 KANSAS CITY, Mo. — A day after the U.S. House of Representatives approved a $15 minimum wage hike, fast-food workers in the Kansas City metro are calling it a victory.

Stand Up KC has held a number of rallies at the McDonald's restaurant near 38th Street and Broadway Boulevard, but organizers said Friday's gathering was significant because of the vote.

Rep. Emanuel Cleaver II, D-Kansas City, is one of the 231 House members who voted in favor of raising the federal minimum wage from $7.25 to $15 an hour over the next six years.

The hike stems from the Raise the Wage Act introduced in March.

Stand Up KC said the favorable vote is an exciting step forward for fast-food and other low-wage workers.

While the bill faces steep hurdles in the Senate, the group is confident that companies such as McDonald's will see the writing on the wall when it comes to increasing the minimum wage.

"It means that they can support their families without having to go and seek public assistance without having us, the taxpayer, essentially subsidize the McDonald's of the world because they don't pay their workers a fair wage, a living wage," said Rabbi Doug Alpert, who leads Congregation Kol Ami and is a Stand Up KC supporter.

The group has been fighting locally for seven years to raise the minimum wage.

"When you think seven years ago and the thought of a $15-an-hour wage, it was almost laughable," said Terrence Wise with Stand Up KC. "But just to see the work that we've put in over the last seven years here in Kansas City and across the country to organize our co-workers, go on strike, do civil disobedience, we know this is the reason that 15 has come about."

A day after U.S. House vote in favor to raise the federal minimum wage to $15, @standup_kc holding a victory rally at @KCMcDonalds on 38th & Broadway.@41actionnews pic.twitter.com/HhYb6OQGfz

Friday's victory rally in Kansas City was one of 10 that took place around the country.