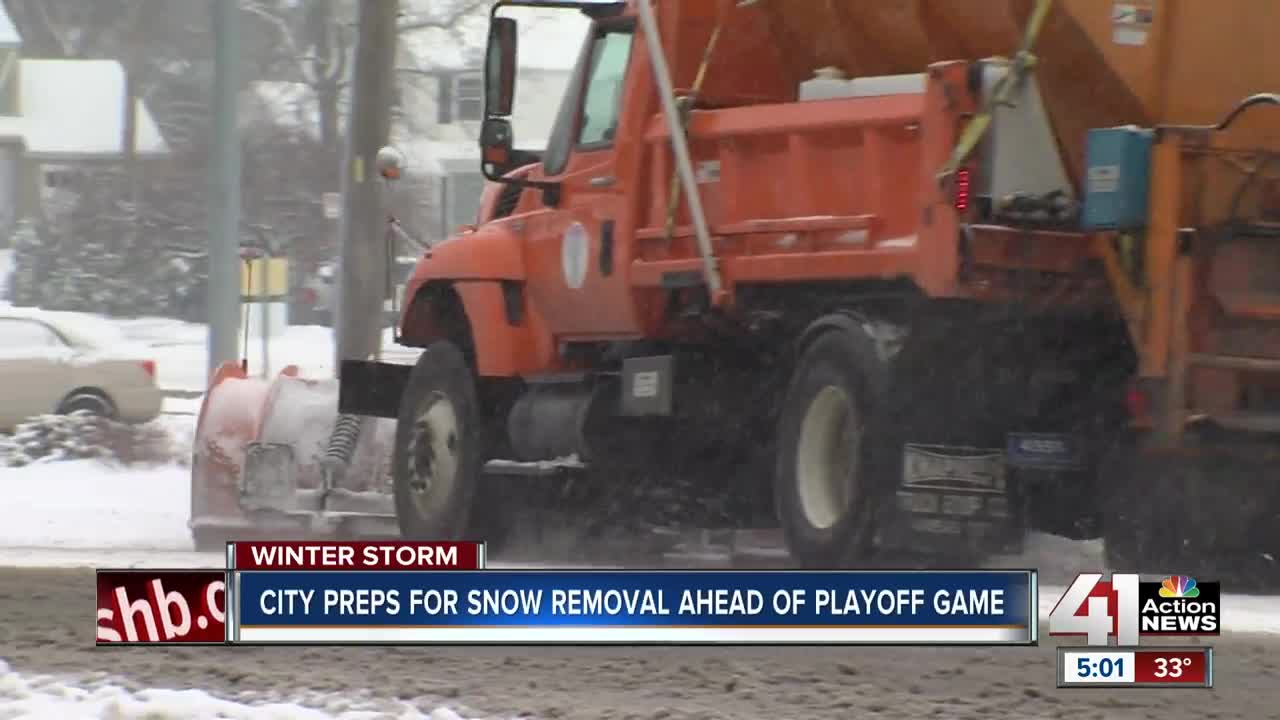 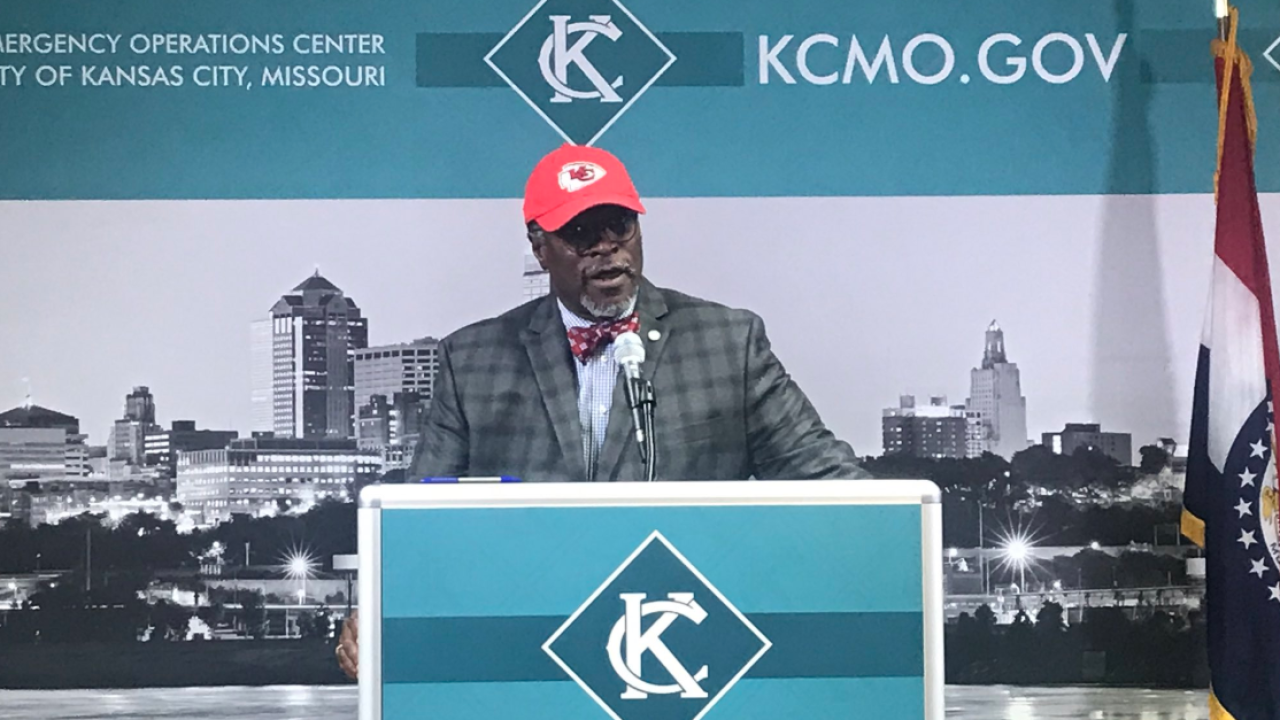 KANSAS CITY, Mo. — Kansas City Mayor Sly James and city officials on Friday urged residents to be safe during a weekend winter storm expected to bring up to 8 inches of snow to the metro area.

“I know it’s going to be difficult with a lot of people going to the game, but I think we can hit 142 decibels without being totally drunk to do it,” James said at a news conference.

Road conditions will likely be a challenge, especially since it will be a busy weekend in Kansas City as the Chiefs host the Colts in a divisional playoff game on Saturday.

“Normally we would recommend people stay home during storms like this, but we are well aware we will have people out and about tomorrow,” Kansas City Police Capt. Tim Hernandez said.

As with any storm, the priority will be to clear main roads, with residential streets coming second to that, officials said.

With thousands heading to Arrowhead Stadium for the Chiefs game, the roads near the stadium will also be a priority.

More than 200 trucks will be ready to clear the roads.

All eyes may be on the Chiefs Saturday afternoon, but before the game, traveling fans will have their eyes on the forecast — including Indianapolis Colts fans coming to Kansas City, like the Summeier family.

“Big Colts fans," Ray Summeier said. "One of my dreams is to go to all of the stadiums, and this is my last AFC stadium, so why not go for a playoff game?"

The Summeiers got in before the storm hit on Friday.

“When I booked the trip it was 47 degrees, so it is going to be totally different with 4 or 5 inches of snow on the ground," Summeier said. "I think both teams will have a hard time playing in the snow."

As for the mayor, his message on Friday was simple: safety.

“This is not the weekend to find out if you can actually drink and drive. This is not a weekend to be out on the roads with alcohol on-board,” James said.