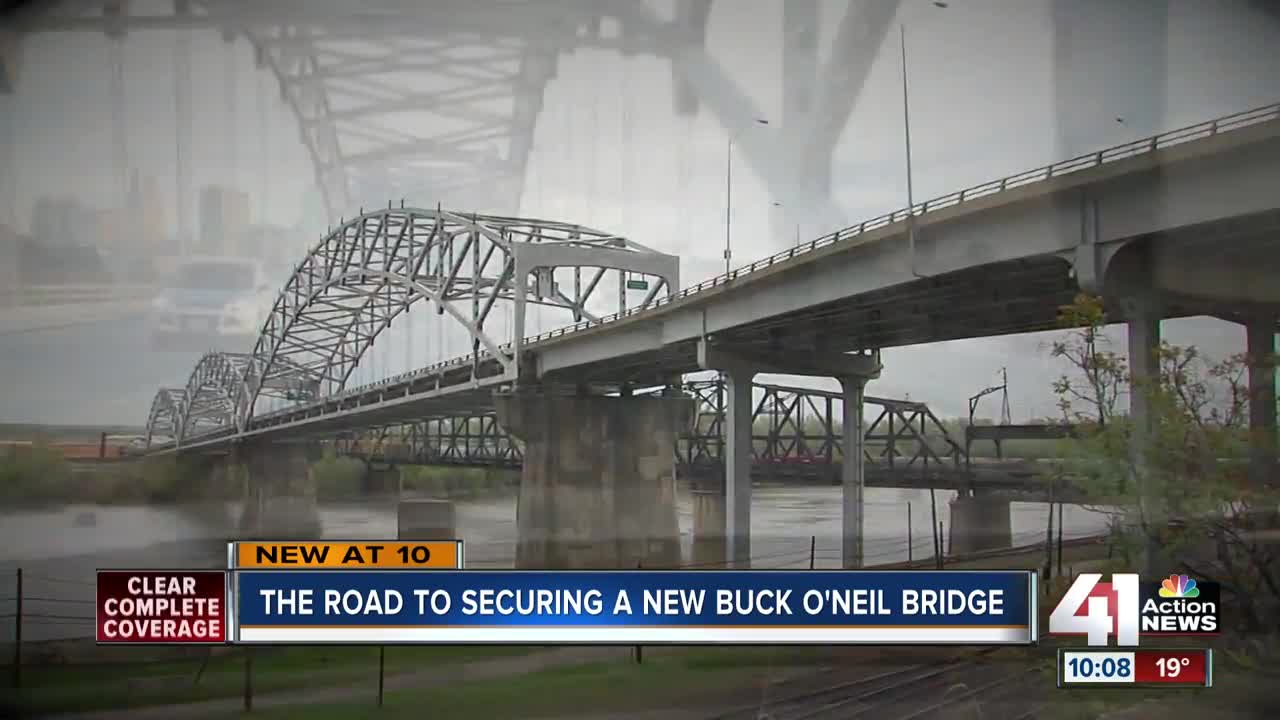 The aging and crumbling Buck O’Neil Bridge is one step closer to being replaced Thursday after the announcement of a $25 million BUILD Grant from the U.S. Department of Transportation, which also announced a grant to improve the Turner Diagonal in Kansas City, Kansas. 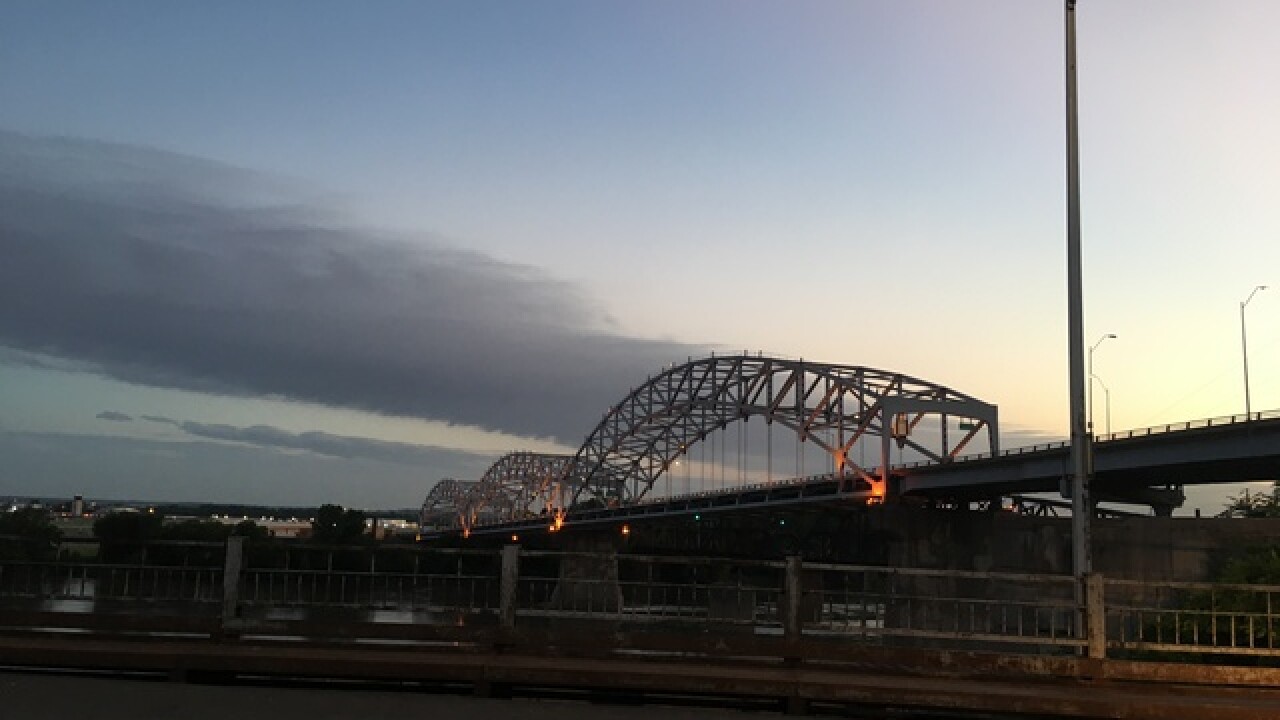 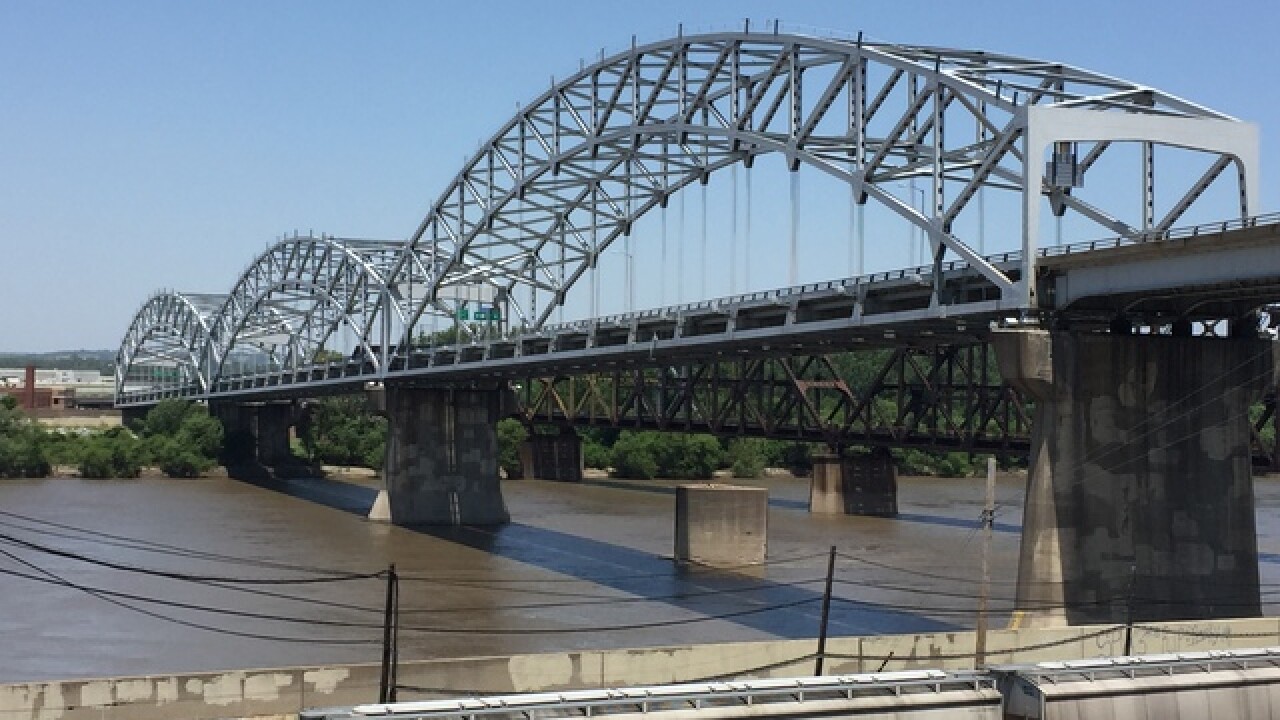 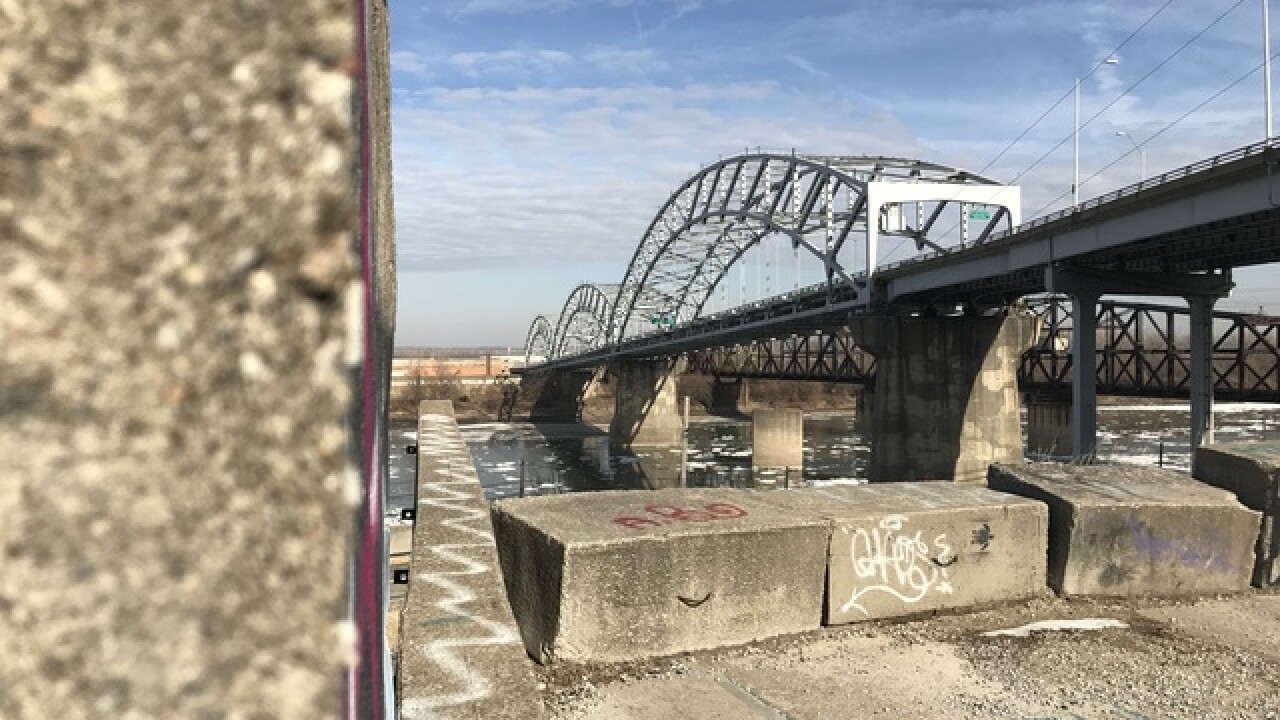 KANSAS CITY, Mo. — The aging and crumbling Buck O’Neil Bridge is one step closer to being replaced Thursday after the announcement of a $25 million BUILD Grant.

The federal grant — part of $1.5 billion available this year from the U.S. Department of Transportation — will help city and state leaders replace the 62-year-old structure, which serves as one of the primary connections for the northern Kansas City, Missouri, suburbs and downtown.

“I am thrilled that this project has received a BUILD grant,” said U.S. Rep. Sam Graves (R-MO), whose office announced the project. “This is a great program that really represents our renewed focus on infrastructure and there is no doubt that the Buck O’Neil Bridge is in desperate need of attention.”

The Buck O’Neil Bridge, which carries U.S. 169 across the Missouri River, is the main artery for reaching the Charles B. Wheeler Downtown Airport and carries an average of 44,000 vehicles per day.

“The Buck O’Neil Bridge project has obviously been a priority of mine from the start and this money will kickstart the much-needed replacement of this aging bridge,” Graves said.

The $25 million grant, which the Missouri Department of Transportation applied for, is the maximum any single project can receive.

"We need to keep taking these steps and keep moving towards getting a new better, safer bridge put into place," said MoDOT District Engineer Brian Kidwell.

The money will be used to widen the span, which should reduce congestion, and build separated lanes for bicycles and pedestrians, which should improve safety. It also will build connector ramps, including a direct connection from U.S. 169 to Interstate 35, and the approaching roadways.

“Replacing the decades-old Buck O’Neil Bridge is great news for the region and the thousands of people who travel over the Missouri River every day,” Sen. Roy Blunt (R-MO) said. “... I’ve been proud to advocate for funding for this much-needed infrastructure project, which will pave the way for stronger economic growth in the region.”

Mayor Sly James singled out Graves and Blunt for praise in acknowledging the importance of the grant.
Rep. Emanuel Cleaver (D-MO) also has championed the project and praised Secretary of Transportation Elaine Chao for including the project in this round of grants.

“This is great news for a bridge that is in desperate need of replacement,” Cleaver said, noting that it was built in 1956 and renamed in 2016 for late Negro Leagues baseball champion and former Kansas City Monarch player John “Buck” O’Neil. “This will ease the concern of drivers who use the bridge daily and open doors for new economic opportunities in my district.”

The total cost of the project is an estimated $200 million. MoDOT and city plan to split the cost, with $40 million of the city's half coming from federal grants through the Mid-America Regional Council.

“Every time that we get some funds coming in from other sources, it lightens the load on all of us,” Kansas City Mayor Sly James said. “(I’m) very grateful for the work of Congressman Graves and Sen. Blunt, both of whom called me today, on their efforts for that. I think it’s a great day for the city.”

Voters renewed a 1-percent capital improvements sales tax in April, which will provide the bulk of the city’s $60 million commitment for the project.

According to MARC the BUILD grant will be split in half, with $12.5 million going toward both the city's pledged amount and to MoDOT, which already has $50 million set aside.

As the search for more funding continues, work on the new bridge is already underway.

"We're working on an environmental study right now that's going to better refine what the desired project would look like, where the bridge would go," Kidwell said.

That study is expected to be completed by the end of 2019.

Across the state line, Kansas City, Kansas is also slated to get a hefty boost in federal funding for the Turner Diagonal Project, according to a release from Rep. Kevin Yoder’s office.

“This is a massive win for KCK, and will continue to build on the already amazing economic development we have seen over the last decade,” Yoder said in a statement.

The Unified Government of Wyandotte County/Kansas City, Kansas has been awarded a $13.8 million grant to replace the current interchange at Interstate 70 and Turner Diagonal with a diverging diamond interchange, which should help traffic move more efficiently through the area.

“I’m thrilled the Department of Transportation has recognized the need for this project in Wyandotte County,” Yoder said. “The new interchange will open the door for major economic development in the area for years to come.”

Yoder — a four-term U.S. Representative, who lost his reelection bid against Sharice Davids last month — said he’s been pushing for the project funding “for years, and personally discussed the need for the new interchange with Secretary Chao in the Third District this year,” he said.

Yoder discussed the project with Chao when she visited the area in October.

Graves — who represents Missouri’s 6th Congressional District, which includes the northern one-third of the state — also a $10.4 million federal BUILD Grant for the city of Maryville’s South Main Corridor Improvement Project. He said the project will “will improve safety, decrease gridlock and provide a beautiful new corridor through Maryville.”

BUILD Grants were formerly known as TIGER Grants, an Obama era program that started in 2009 to address U.S. infrastructure needs. It was renamed and restarted earlier this year by the Trump administration.

The money is part of a $1.5 billion federal transportation infrastructure package, which was announced earlier this year.