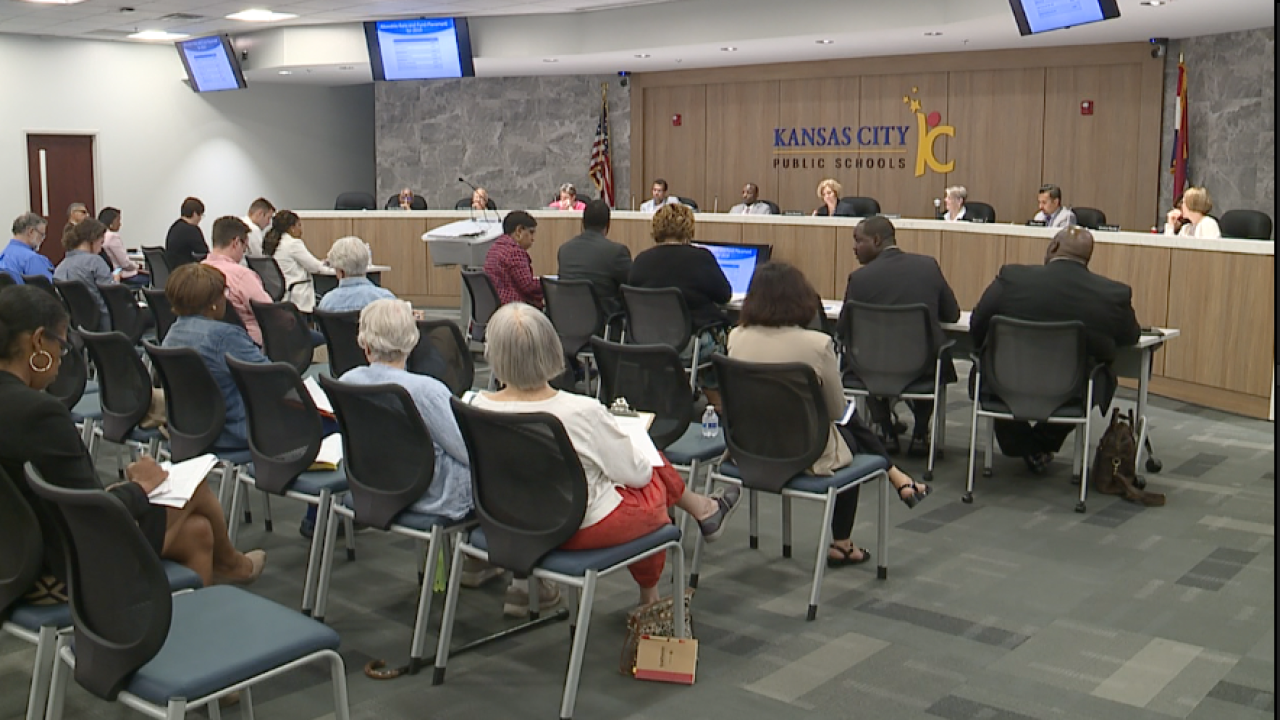 The KCPS Board of Directors held a public hearing Monday night on the tax levy rate for the district.

KANSAS CITY, Mo. — The Kansas City Public Schools Board of Directors voted Wednesday to maintain its current tax levy rate, which will result in a revenue boost for the district.

KCPS estimates a 23% increase in assessed valuation of property within district boundaries, but expects that number will drop as the Jackson County Board of Equalization resolves appeals.

The Board of Equalization has 20,000 remaining appeals to address through a process that will likely last until the end of December.

During the vote, several board members took aim at the assessment process.

KCPS Board of Directors Treasurer Manny Abarca specifically called out County Executive Frank White Jr. and his "failure of leadership."

"To pit neighbors against their school district is completely and utterly disgusting," Abarca said.

Other board members pointed out the loss of $147 million in revenue during the past decade because KCPS was barred by a federal judge's ruling from adjusting its levy rates during the economic recession. The district is the only one in the state not subject to the Hancock Amendment.

"I don't think the general public understands in the last 10 years, this district was not protected from the economic downturn," Jennifer Wolfsie, a member-at-large, said.

The Jackson County Tax Assessor's Office has said this year's dramatic upward swing in assessed property values are a result of years of assessments below market value.

It's also why KCPS and board members don't see this year's revenue increase as a windfall.

"As a Jackson County property owner, I got that windfall for the last decade and frankly more," board member RIta Cortes said.

The district estimates a homeowner with a $100,000 home and an average increase in valuation of roughly 24% will pay $230 more than last year in property taxes through the school levy.