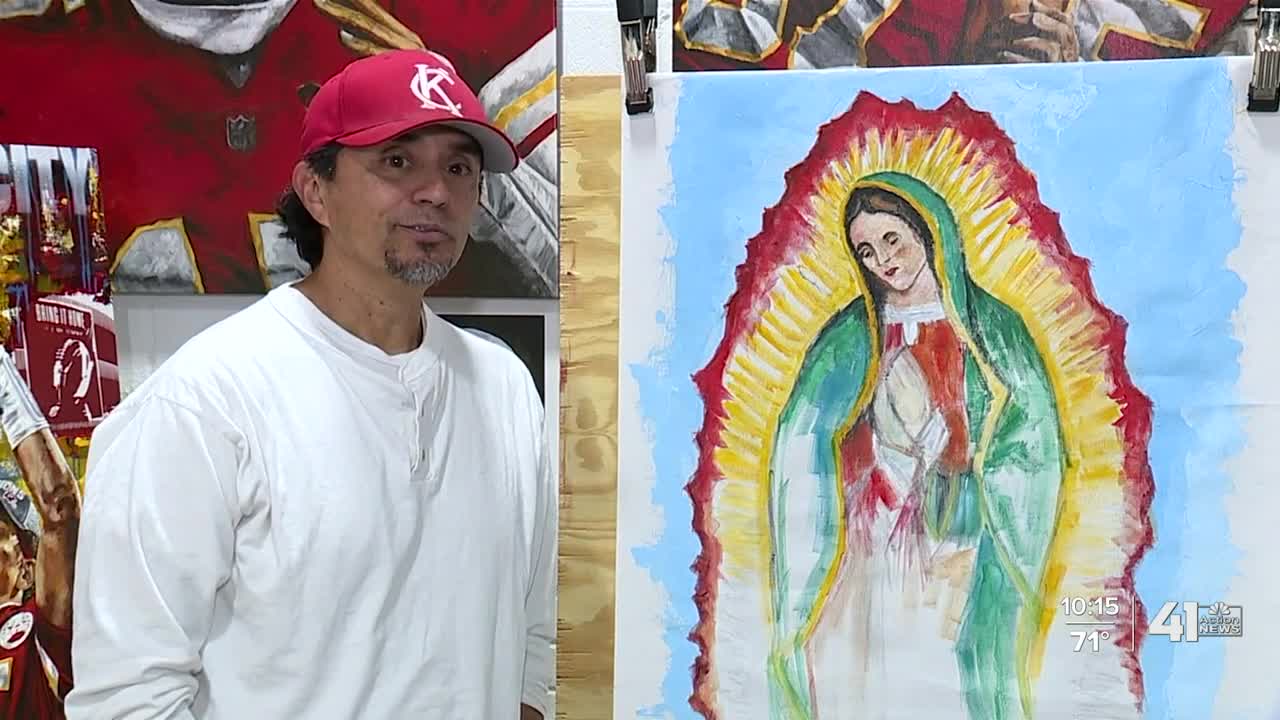 Local man influencing the next generation of Latino artists 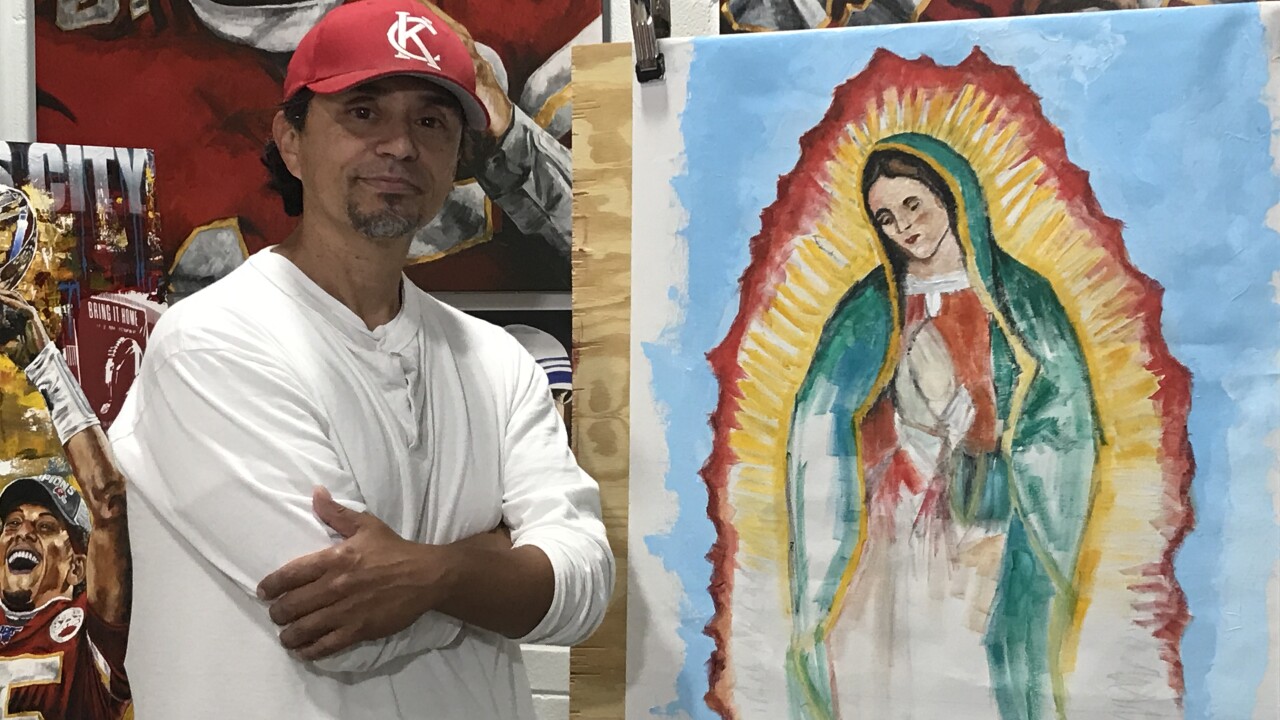 OVERLAND PARK, Kan. — Anthony Oropeza is best known for painting superstar athletes in the Kansas City area, but much of his work is heavily influenced and inspired by his Mexican-American heritage.

Inside a studio space at the InterUrban ArtHouse, Oropeza is working on a painting of Our Lady of Guadalupe for the second time in his life.

"The last five months or so that have been slightly tough for me, painting something like this, there's a feeling of calm," Oropeza said.

Our Lady of Guadalupe is a mighty symbol of faith for Mexican Catholics, so it's a reminder of his roots for Oropeza.

"The high school I went to, not too many people knew about Our Lady of Guadalupe, so it was really cool to explain to a couple of them that were really interested in it," Oropeza, who owns AOART5 studio, said.

Those cultural roots have inspired Oropeza's artwork since he was a child growing up in the Argentine Neighborhood of Kansas City, Kansas.

"It was Mayan, Aztec culture pieces, and then it just sort of built up," Oropeza said. "Then, it was Cesar Chavez pieces. Even today, some of the Latin character or Latin athletes from the Royals with (Salvador) Perez and then also other players like (Roberto) Clemente."

Oropeza is best known for his sports paintings, but in the 1990s he saw a need at a comic book store.

"You want something that represents you," Oropeza said. "We grew up with Batman, Spider-Man, Captain America, but there weren't too many — there weren't any — Latin comic book characters."

The desire to change that prompted to Oropeza to create "Amigoman."

"Having a bilingual comic book distributed inside schools and to students is a really cool thing," Oropeza said.

It's a contribution he's particularly proud of given its influence on the next generation of Latinx artists.