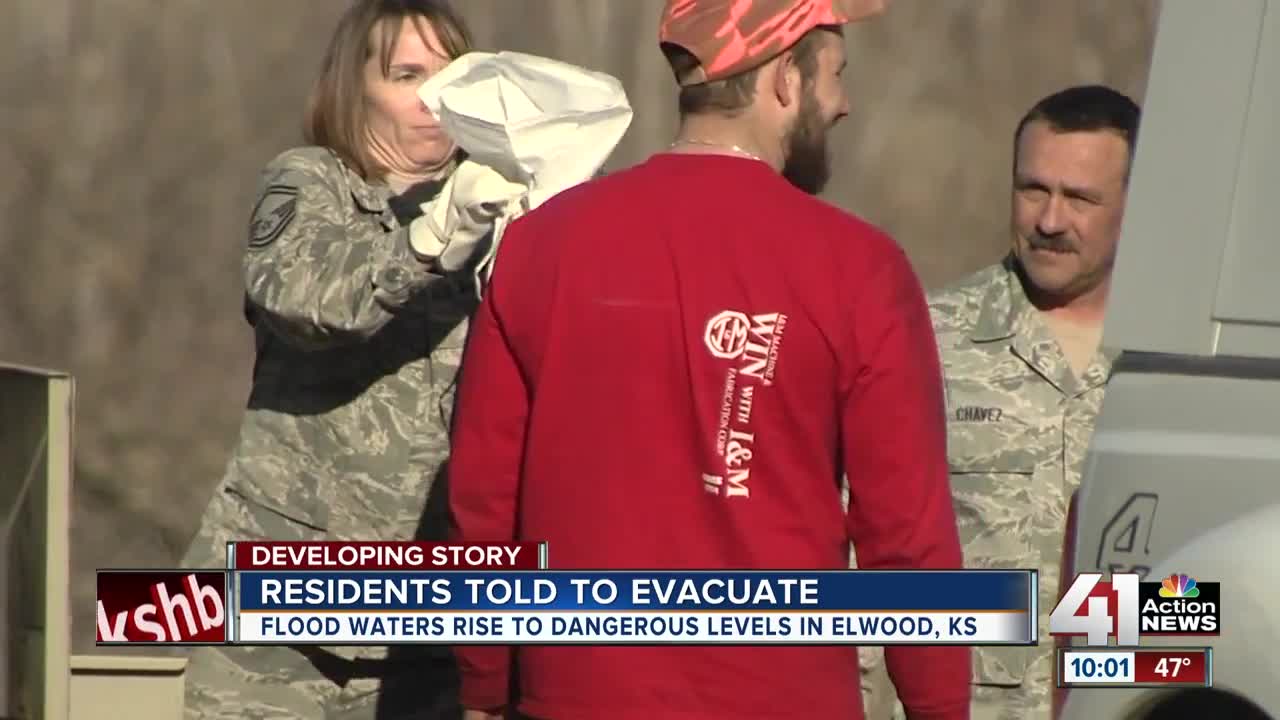 Firefighters from the Kansas City metro spent Thursday getting familiar with Elwood, Kansas in case it floods. 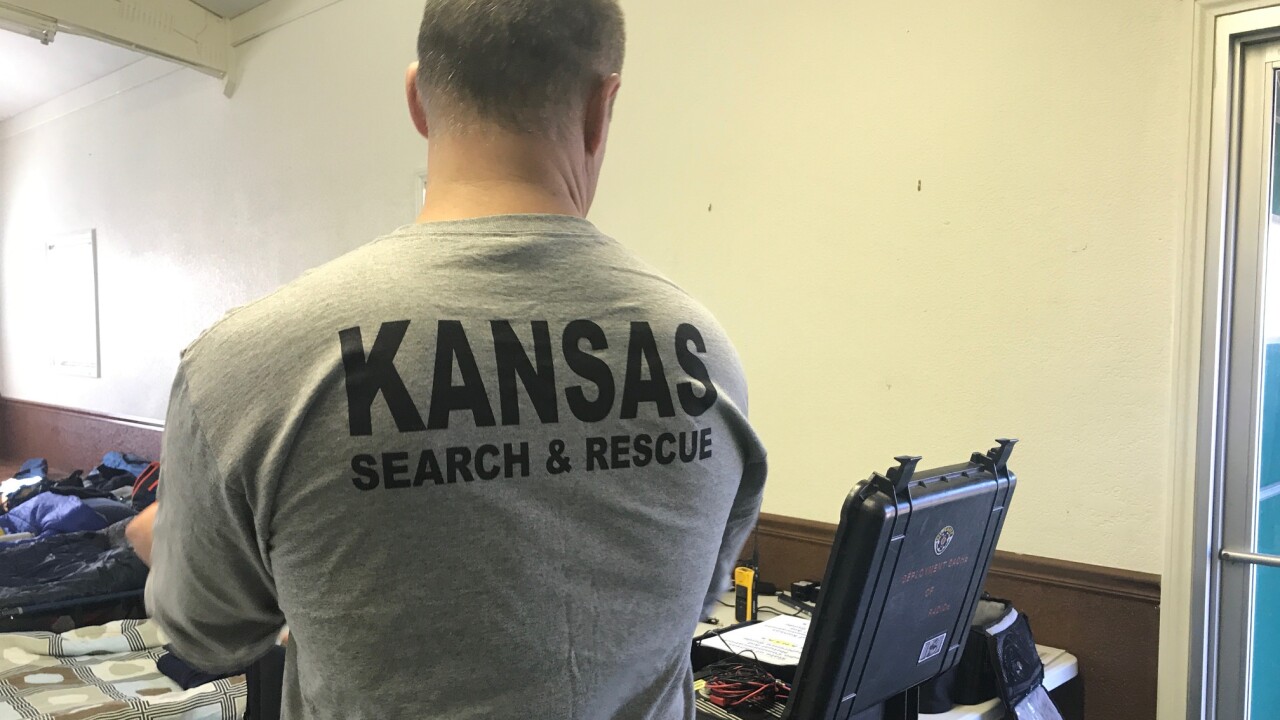 Around the same time, residents filled a gym to learn about evacuation procedures where officials said that eight hours after the sirens sounded, utilities would be shut down.

Down the road, firefighters from the Kansas City metro were getting familiar with the town, in case it floods.

Battalion Chief Bryon Jayne is one of a dozen firefighters from Kansas City, Kansas, Olathe, Kansas and Shawnee, Kansas that make up the Kansas Urban Search & Rescue Task Force 3, a team specializing in swift water rescues.

"You’re in water that’s not meant to be there," Jayne, the team's leader, said.

The team has been deployed to other parts of the country after natural disasters, including Hurricane Harvey. Jayne said this deployment presents its unique challenges.

"It’s really running fast right now, so another challenge is you don’t know what’s in that flood water," he said. "There’s a lot of hazardous materials that can be in there."

At least two of the rescue boats will be responding to calls when needed, which is why prep work is key.

In Olathe, Ryan Trader is a firefighter and paramedic. With the task force, he's a map and computer guru.

"When they bring the GPS back, I pull all the data into the computer and then we set up a Google Earth real-time map, and then we can send that file back to the state and they can pull it up and see--or the EOC, they can see all the houses that we’ve hit if anything has been missed," Trader said.

He added there are several advantages being close to home, including logistics.

"It’s pretty nice to call back and check on the family and it’s not too far away if something were to happen," Trader said.

People who evacuated will be let back in once the water levels are at 29 feet and falling, officials said. That's expected to happen Saturday morning.