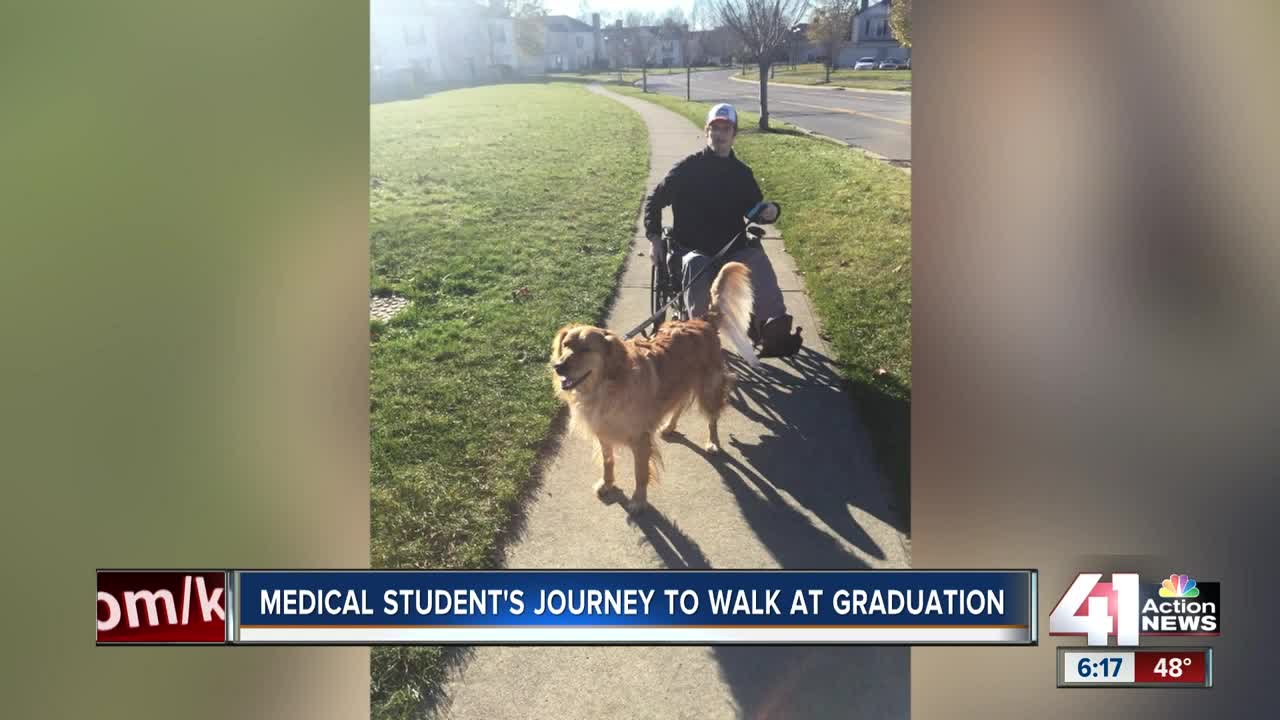 Zac Fulton is days away from graduating from the Kansas City University of Medicine and Biosciences, a goal that at one point seemed questionable after he was hit by a car. 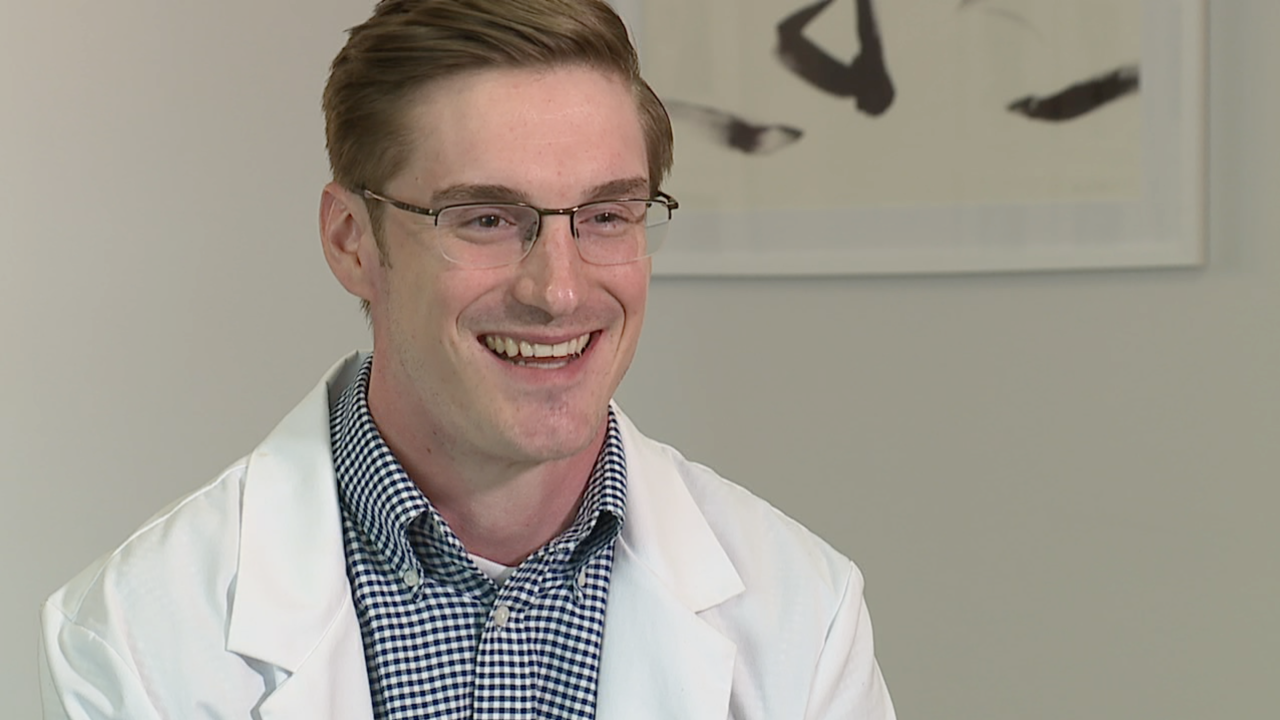 KANSAS CITY, Mo. — Zac Fulton is days away from graduating from the Kansas City University of Medicine and Biosciences, a goal that at one point seemed questionable after he was hit by a car.

He'll be a physician intimately familiar with pain and the healing process.

"You can walk out your door any day of the week and you never know what's going to happen," Fulton said.

In his third year of medical school, a car struck Fulton as he was on his way to his training hospital.

"I was hit against the wall; kind of pinned between the car and a wall," Fulton said. "My pelvis was fractured in multiple different places and then I had a grade-4 liver laceration."

Fulton was hospitalized for almost three weeks giving him a different perspective on bedside manners.

"You're in so much pain and drugged up that you really don't know what's going on for the first few days and so a lot of that information had to go to my family and then to me," Fulton said. "I didn't even understand what injuries I had for a while."

Although in the long-term he faced months of physical therapy, his short-term goal remained on his education.

"Whether or not I could graduate on time with the rest of my peers," Fulton said.

The school's administration drew up a successful game plan.

Fulton is among the 362 graduates who will walk across the stage this Saturday. Eventually, they'll complete residencies at institutions around the country.

Fulton, a husband and father, is moving to Toledo, Ohio to complete an orthopedic surgery residency to treat others who find themselves with injuries like his.