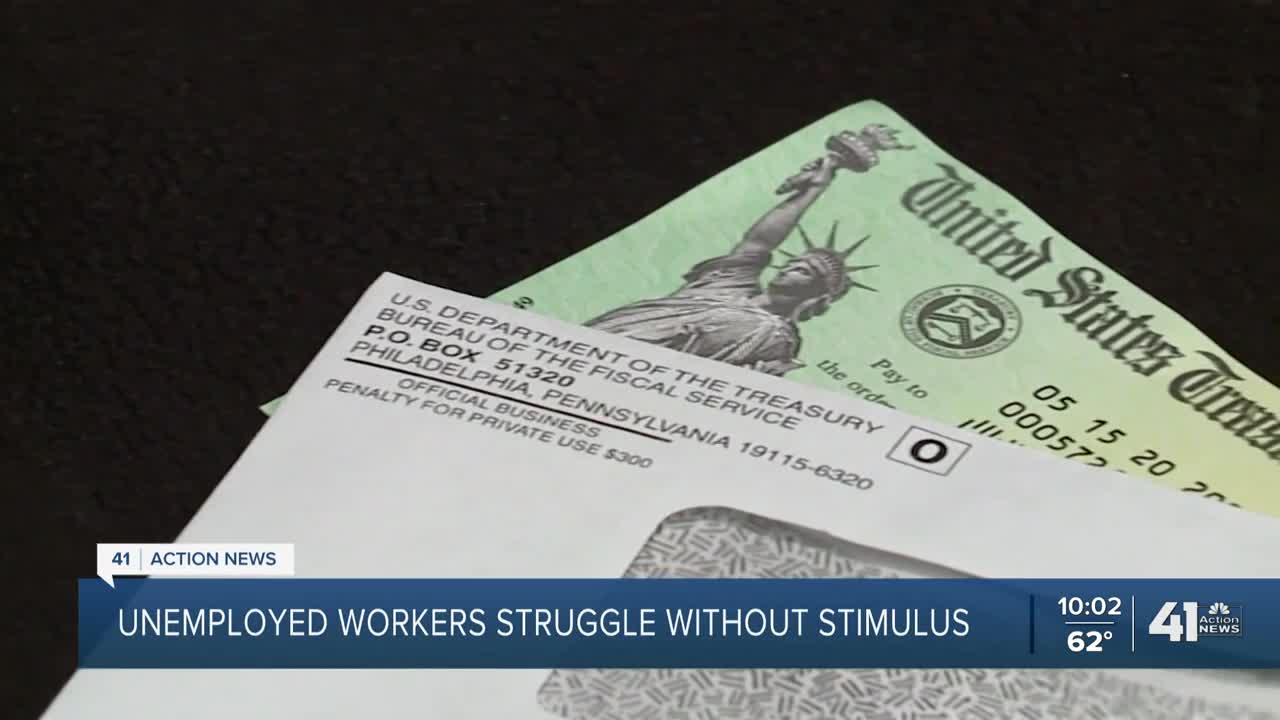 President Donald Trump is pushing off talks on the next stimulus bill until after the November election, telling his representatives to stop all negotiations. KANSAS CITY, Mo. — President Donald Trump is pushing off talks on the next stimulus bill until after the November election, telling his representatives to stop all negotiations.

Terry Baker-Carter's husband lost his part-time job soon after the onset of the pandemic.

"One day he went in, and they said, 'Well, you got to go back home, we don't need you today,'" Baker-Carter told 41 Action News. "To support both of us on his retirement, it's just very difficult."

She said it took them four months before receiving any unemployment benefits. When they received their stimulus check, the couple used it to stockpile on necessities.

They're now running low as Trump pulled the plug on talks for another stimulus bill.

"It's heart-wrenching, and it's nerve-racking that you have to wait on them to help you with what you need in your home," Baker-Carter said.

"You know, I'll take any job to keep the roof over my head," Moore said.

The Full Employment Council has connected her with a possible lead, putting her in a better place than some folks she knows who are "trying to get help from family members and friends."

"But the ones that don't have help, they just out," Moore said.

Local experts like Keely J. Schneider, executive director for Workforce Partnership, said after a dip, new unemployment claims are trending up and around the same number they saw in mid-April. But they pointed out some of the money from the first federal COVID relief bill is just starting to get divvied up at the local level.

"Even if we don’t see a stimulus package out in the next month or two, that these monies that are coming now into our community organizations are going to be available to help with that, that that change that we're seeing and help continue to support the economy as we move forward into the winter," Schneider said.

Which brings Baker-Carter some hope.

"And you just want something to happen, but I'm a patient person, so I've learned how to be patient and wait," Baker-Carter said.