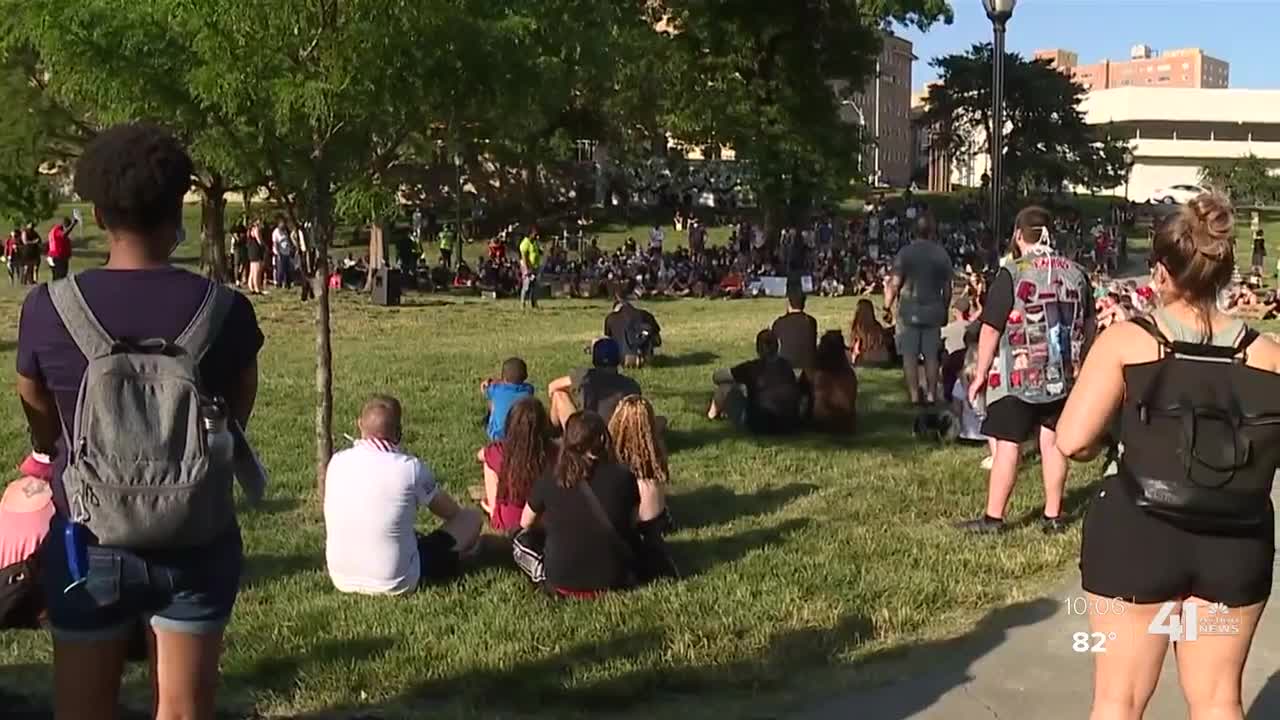 Protesters in Kansas City, Missouri, returned to the Country Club Plaza, as organizer Justice Horn called for the city to reallocate funding from police to social services. 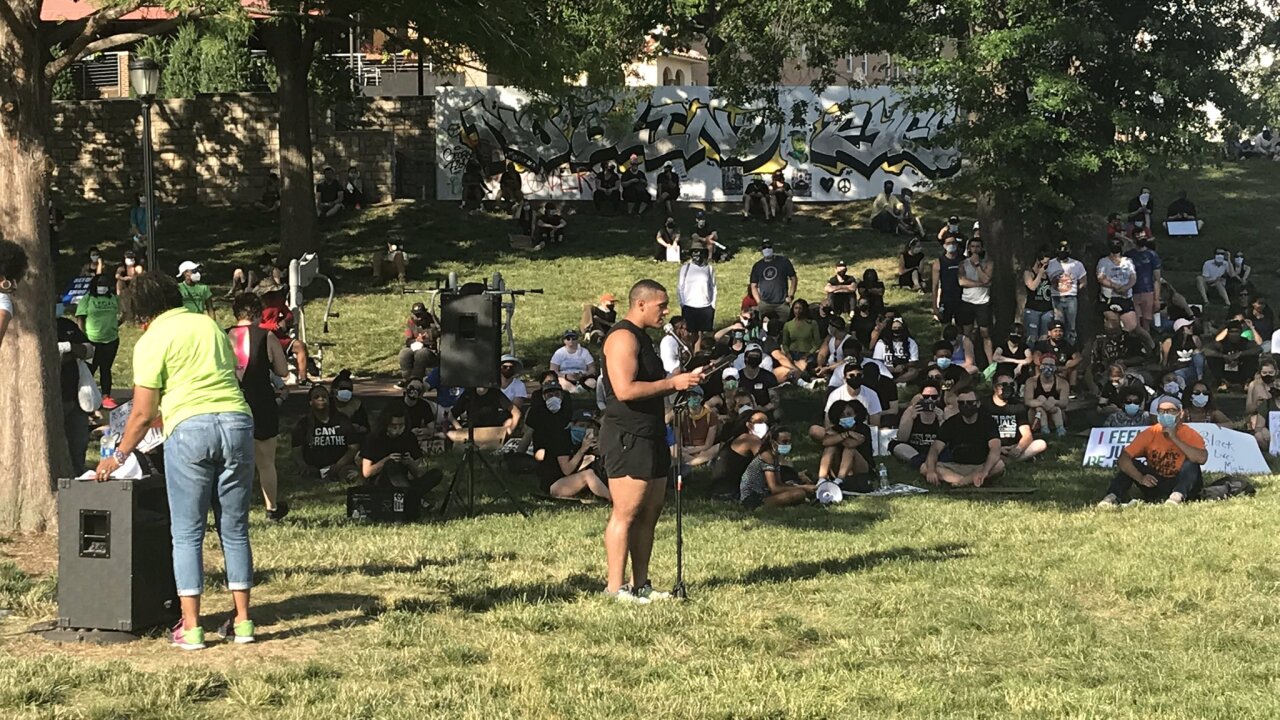 KANSAS CITY, Mo. — Protesters in Kansas City, Missouri, returned to the Country Club Plaza, as organizer Justice Horn called for the city to reallocate funding from police to social services.

“That money is your tax dollars pouring into an unjust, ineffective and dangerous policing system,” Horn said to the crowd of about 500 people gathered Saturday at Mill Creek Park.

Rep. Barbara Anne Washington, who spoke at the event, said that defunding police would mean a homeless man on the Plaza would receive help, rather than getting arrested.

Now state Rep @beedubyah1967 is speaking. She says reallocating money from KCPD means a homeless man on the Plaza gets help instead of having ten cops show up to arrest him. pic.twitter.com/Alptr8V89u

“It’s not about removing protection, it’s about addressing what causes crime in the first place,” said a protestor, who didn’t want to share her name, but supports “abolishing” the Kansas City Police Department.

A man who went by X and is the leader of a group called Black Rainbow called for Kansas Citians to start a revolution.

“We want to get rid of the police as black people know it, which was slave patrol and murdering black people,” he said.

Besides defunding the police department, each of the dozen or so speakers at Saturday’s protest listed other changes they said need to take place to end systemic racism in Kansas City.

The representative from an online movement to expose racism within public schools listed a set of demands, which include: eliminate school resource officers, hire more diverse teachers, include black history in the curriculum and adopt zero-tolerance policies for racist comments by students online.

Representatives from Black Kansas City Family and KC Bail Fund were among those who spoke at the event, both saying now is the time to act.

The Stand Up KC campaign to raise the minimum wage in Kansas City explained how the economic and societal systems are stacked against African Americans.

“You need to be paying attention to this. Maybe something is wrong,” David Marshall, who recently moved to Kansas City, said.

Attorney Stacy Shaw, who was arrested during previous protests, called out KCMO Mayor Quinton Lucas and other elected leaders for signing a letter thanking the police department for its work during the protests.

Organizers continued to say change is not about one moment, it is a movement. Saturday was one moment. Another comes Thursday, when city council members will debate whether to drop municipal charges against protestors from the first few demonstrations on the Plaza. Later in the month, another moment will take places when the city’s parks department hosts two listening sessions on whether to rename the J.C. Nichols Fountain and J.C. Nichols Parkway.

Organizers like X said the biggest moments will come on election days in August and in November. He encouraged everyone to vote. One group plans to host a voter registration drive during the afternoon of Friday, June 19, at the Negro Leagues Baseball Museum.