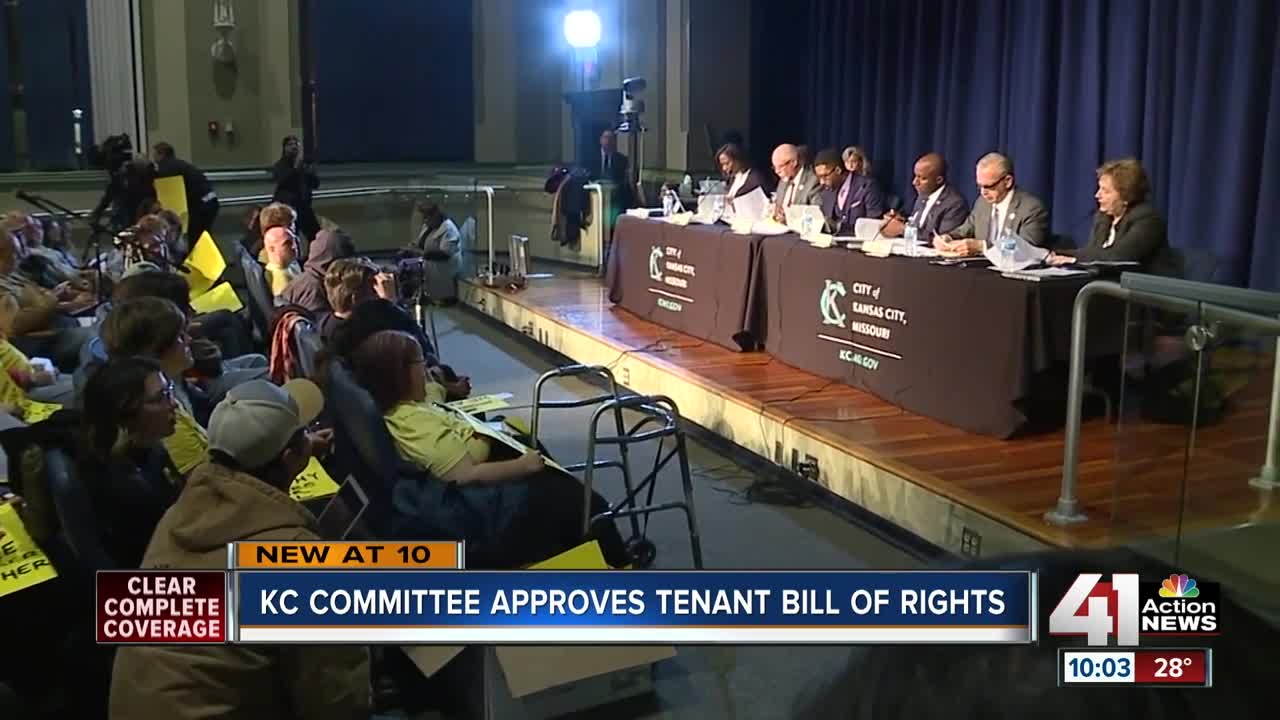 Kansas City, Missouri's, Special Committee on Housing Policy unanimously approves a tenants bill of rights, moving it on to the full city council. 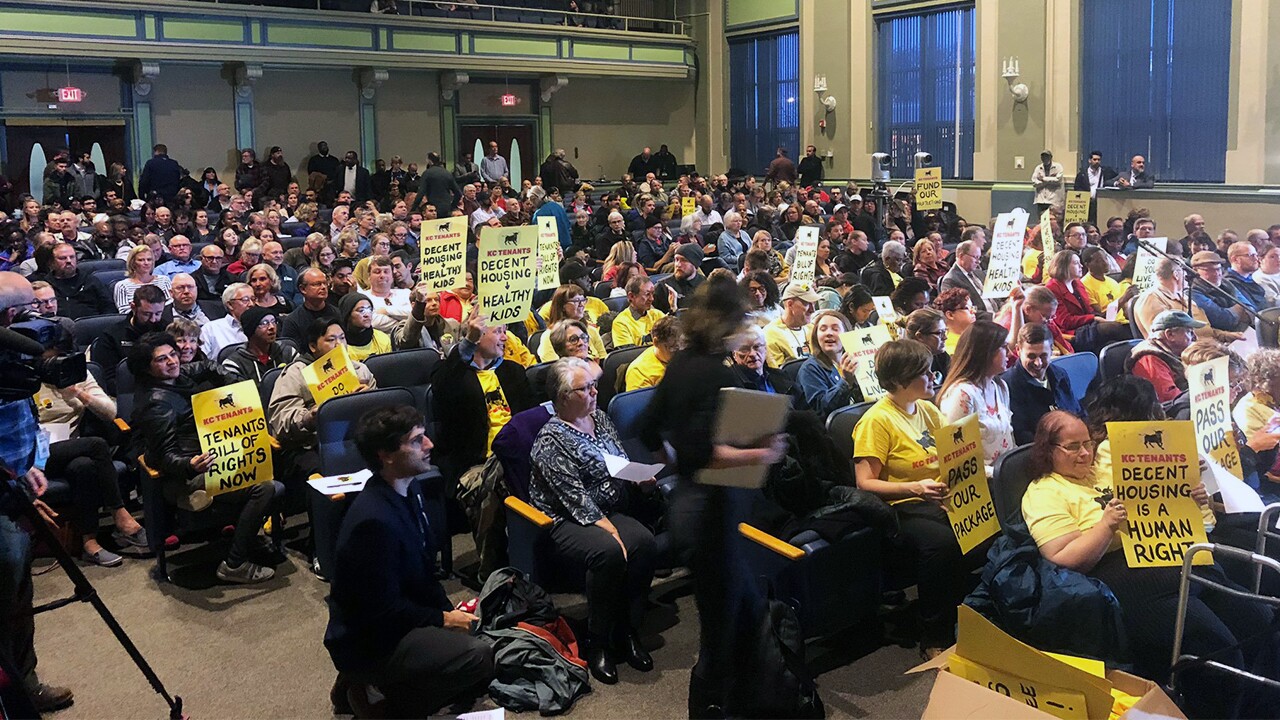 KANSAS CITY, Mo. — The KC Tenants Bill of Rights was advanced Monday night from the Special Committee on Housing Policy and now will be voted on by the Kansas City, Missouri, City Council next week.

KC Tenants said more than 200 supporters gathered at the special meeting, where 150 people signed up for public comment, according to 41 Action News reporter Gabriella Pagán.

The group, which aims to give a voice to renters, introduced the two-part package Oct. 31. It includes a resolution and an ordinance.

Mayor Quinton Lucas praised the " good-faith negotiations and compromise on all sides" after the package unanimously passed out of the special committee.

While there’s certainly more work still to be done, this is a meaningful step in the right direction.

The original policy called for the creation of a Division of the Tenant Advocate in City Hall.

The office would receive $1 million from the city’s general fund to provide legal support for tenants and education on tenant rights, as well as investigate tenant claims.

It also would open a tenant center, create a tenant phone hotline and could revoke landlord permits in addition to providing legal counsel for tenant-landlord disputes.

The proposal also calls for:

Changes made Monday to the "bill of rights" included clarification on what qualifies as a “lawful source of income.”

The group specified that Section 8 vouchers from the U.S. Department of Housing and Urban Development qualify.

The other notable change dealt with background checks.

Lucas, chair of the special committee, has supported the policy.

He said during Monday's meeting that he believes in background checks that look for criminal convictions and evictions.

Under the previous proposal language, landlords thought they would be prohibited from performing background checks.