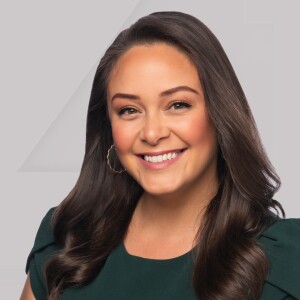 More than a dozen young Latinos were killed in KCK in 2020. Families, friends, and the community are speaking out against violence and pushing for change.

"Hi, mijo," Stallard whispers each time she visits. "I love you the size of the universe, never ending."

The words are a special bond she and her son shared, which are now engraved on his tombstone.

"I wish you were here with me physically, but I know you're here with me spiritually. I love you so much," Stallard says, kissing the stone three times.

Jenna and many other mothers who share the same pain make the drive to visit their sons at Maple Hill and other cemeteries throughout Kansas City, Kansas.

The ages etched into the stone is a heartbreaking reality of the young lives lost.

"I heard a loud sound around 11 o'clock and it was too loud of a noise, so I ran up there," Stallard said.

She was at home getting ready for bed and Jesus was upstairs in his room with his girlfriend.

"I tried to push open his door and it was too heavy, 'cause I could see my son laying flat on the ground, bleeding to death," Stallard said.

Jesus, who was about to graduate from JC Harmon High School, was shot in his room.

Stallard burst through the door and held her son, telling him to keep breathing.

"He died in my arms," Stallard said.

Police haven't arrested any suspects. They know multiple people have information on who killed Jesus and need tips.

There is a $5,000 reward for information leading to an arrest.

Jesus was a young man who was effortlessly good at a lot of things, Stallard said. He was a caring friend and a respectful son. Math came easy to him, although he didn't want anyone to know.

Stallard said he had his bumps in the road but he was looking forward to graduating and continuing his education, maybe looking into mechanical engineering.

"All those promises parents have, to see your kids graduate, go to college, get married, have grandkids — and all that was taken away in, what, two minutes?" Stallard said.

Why are so many kids dying in KCK?

It's senseless — there is no other way to put it — that young Latinos are dying at an alarming rate in KCK.

In 2019, 11 Latinos were killed, including four people in a nightclub shooting and three in a domestic violence incident.

In 2020, according to information provided by the KCK police department, 17 young Latinos (16 young men and one young woman) were killed. The 17 represent people in their teens and twenties.

Seven of them were under age 18.

All of them were shot, including:

Julian Ponce-Frank, 19, whose mother is fighting for justice and who leaves behind a young son.

Daniel Perez, 23, whose mother and sister can't imagine why his life was taken.

And Luiz Velazquez, 15, whose only sister adored him.

The trauma reaches further than loved ones

"It's been a rough year," said Jose Rodriguez, who will be a junior at Wyandotte High School. "It's not an everyday thing when you lose five friends, you know?"

41 Action News sat down with Rodriguez in late winter, when KCK public schools were still virtual.

Rodriguez and all his friends know a classmate who was either killed or died from an overdose in 2020. He thinks the violence has gotten worse.

Rodriguez and many other students found support and safety within Warriors 4 Wyandotte, a seven-day-a-week community youth nonprofit.

"It breaks my heart. It does," said Robert Vargas, founder of Warriors. "Whether you're the kid pulling the trigger or you're the kid that's losing their life, to me, I lost two kids."

Vargas approaches their work with the slogan: "Programs don't change people, relationships do."

Vargas set up a space in CenterPointe Community Church near 78th & State Avenue so students could have a structured place to go every day while school was virtual. They could get their schoolwork done, do workouts and weightlifting they were missing out on, and participate in weekend get-togethers.

The organization also works closely with kids on probation and those who need guidance.

One of those kids is Carlos, who is 15 and was referred to Vargas's program last year after he couldn't stay out of trouble.

"It was just really nothing to ever do," Carlos said. "I was always bored, so I always found something dumb to do."

Carlos discovered he likes to cook and is now in charge of group meals a couple times a week.

Vargas said people have given up on kids like Carlos, who he calls the forgotten kids, but he sees himself in them and that's what drives him to do more.

Where do we go from here?

Vargas' push for change will come too late for Jesus Abarca, the kind young man with big blue eyes who loved his family.

"My son died a couple days after Mother's Day, so this was the last thing I got from him," Stallard said, showing us a card from Jesus.

Stallard had to move from the home near 11th and Metropolitan where her son was murdered. Stallard said she'd find herself laying up in Jesus' room for hours, unable to move. She just wanted to feel him again.

She moved into another home in KCK and made sure to dedicate a bedroom to Jesus. His belongings, pictures, and mementos are placed just-so in that room. For Stallard, it's a way to talk to her son and it helps her through the grief.

"It needs to be a society change and I think we all need to work together as a community, and that's the only way we're going to be able to get through this," Stallard said.

Jesus' cousin, Valissa Abarca, also lives in Argentine. She said the violence hits closer to home every time another young person is killed.

She tries to be a positive influence for not only her family but any of her younger neighbors.

The KCK school district is also committed to change through its anti-violence initiative: Enough Is Enough.

The campaign focuses on providing resources and a platform for students, their families, teachers, and staff to talk about what they're going through, and encourages them to take a pledge for change.

"What really hurt is, I would say, Armando," Rodriguez said. "He was my front door neighbor and I would see him and I would ride the bus with him, and even though I wouldn't talk to him much, it's just the fact that you're never going to see that person again."

Jesus Abarca and all the other kids who lost their lives had a future.

"He was my world, my life," Stallard said. "My life revolved around him. He was my hero."